Local News > VI wary as US heads to polls

VI wary as US heads to polls

An old adage proclaims, “When the United States sneezes, the world catches a cold.” As the country heads into a presidential election next Tuesday amid the Covid-19 pandemic, that wisdom …

END_OF_DOCUMENT_TOKEN_TO_BE_REPLACED 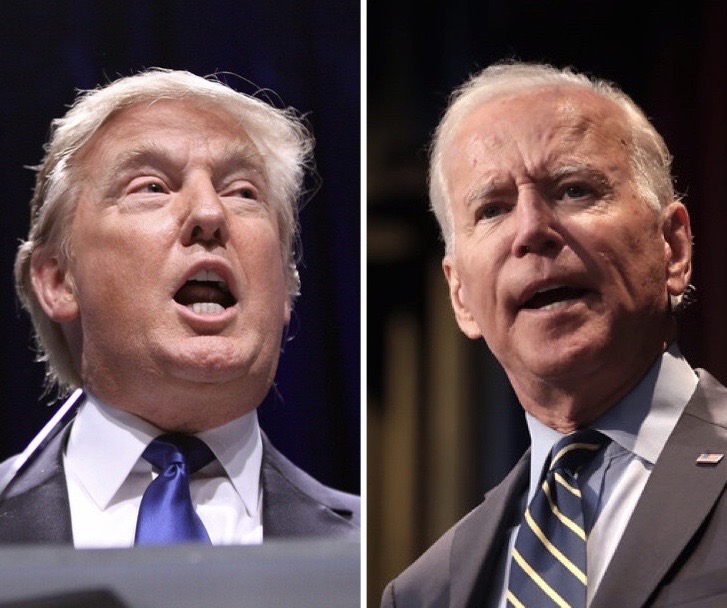 As the United States heads into Tuesday’s presidential election between Donald Trump and Joe Biden amid the Covid-19 pandemic, the tourism-dependent Virgin Islands is watching closely. (Photos: GAGE SKIDMORE/CREATIVE COMMONS)

An old adage proclaims, “When the United States sneezes, the world catches a cold.”

As the country heads into a presidential election next Tuesday amid the Covid-19 pandemic, that wisdom could prove especially prescient in the Virgin Islands and other Caribbean economies that are heavily dependent on tourism and other revenue streams from the US.

When American voters choose between Republican President Donald Trump and Democratic challenger Joe Biden, their decision could have wide-ranging ramifications throughout this region.

One of many stark differences in policy between the two candidates is their approach to addressing the pandemic, explained Virgin Islander Benito Wheatley, special envoy of Premier Andrew Fahie and a policy fellow for the Centre for Science and Policy at the University of Cambridge.

While Mr. Trump’s approach is more reliant on the development and distribution of a vaccine, Mr. Wheatley noted, Mr. Biden has indicated that he would explore implementing a nationwide mask mandate and taking other stronger measures designed to prevent the virus’s spread in the meantime.

But Covid-19 is only one of many reasons the VI and wider Caribbean could be affected by the US election outcome, according to Mr. Wheatley and other political observers. Also at issue are economic, environmental and social concerns — as well as the potential election of the first vice president of Caribbean descent in Mr. Biden’s running mate Kamala Harris.

Another notable difference in the candidates’ platforms is their approach to climate change, according to Mr. Wheatley. Mr. Trump — who has questioned the broad scientific consensus that climate change is caused by humans — decided to withdraw the US from the landmark 2015 Paris climate agreement, a global pact to reduce emissions of greenhouse gases. He also has worked to ease restrictions intended to curb the phenomenon’s effects in favour of corporate development.

Mr. Biden, on the other hand, has indicated that he would immediately rejoin the Paris climate agreement and take other steps to fight climate change as well.

“The US would essentially have a green revolution” under Mr. Biden, Mr. Wheatley predicted. “He will also support the rest of the world in climate change application, with small countries in the Caribbean that are facing the constant threat of hurricanes and extreme weather events.”

In August, Mr. Biden announced his running mate would be former Democratic candidate Ms. Harris, whose father was born in Jamaica.

Mr. Wheatley said seeing someone with Caribbean heritage in one of the highest offices of the US would be noteworthy, and Ms. Harris might push to bring the region’s interests to the table. But he said it is also important to note that Mr. Biden had a record of meeting with leaders in the Caribbean several times while serving as vice president, and that he might continue to do so if elected.

Though Mr. Trump has also met with regional policymakers, Mr. Wheatley said these meetings more often focused on the US’ complicated relationship with Venezuela and Cuba, whereas Biden’s focused more broadly on issues affecting the whole region.

Since taking office, Mr. Trump reversed many of the Cuba policies that were enacted under his predecessor Barack Obama, restricting travel and limiting business transactions.

Dr. Peter Clegg, a professor of politics and international relations at the University of the West of England, also noted that the current administration’s efforts to garner support for its position on Venezuela seemed to cause fracturing among Caribbean Community members.

He said Mr. Biden may prove more sympathetic in reaching out to more countries, which could ultimately smooth the troubled relationship among Caricom members.

In recent US and United Kingdom elections, the offshore financial services industry has become a hot-button campaign issue, with some contenders threatening to force transparency rules on jurisdictions like the VI.

Not so this year, according to Dr. Clegg, who studies the UK overseas territories.

Dr. Clegg contrasted the US election to the United Kingdom’s general election last December between incumbent Conservative candidate Boris Johnson and challenging Labour candidate Jeremy Corbyn. Mr. Corbyn had advocated much harder for the implementation of stricter regulations such as public registers of beneficial ownership in overseas territories — a position that troubled many stakeholders in the VI financial services industry.

However, the current US candidates don’t differ as drastically, explained Dr. Clegg, who doesn’t expect to see a significant change in the country’s policies on offshore finance under either administration.

Robert Briant, partner and head of the corporate division at Conyers, spoke similarly. Though Mr. Trump tends to be a stronger advocate of open markets, he said, Mr. Biden comes from Delaware, a state with a private company registry that operates much like an offshore financial centre, and Mr. Briant said the former vice president should be well versed in the industry’s needs.

Regardless of who wins the election, Mr. Wheatley expressed hope that the future president would regularly meet with Caribbean leaders to discuss a variety of pressing issues, particularly as the region looks to rebuild a heavily tourism-dependent economy in the coming years.

That effort is unlikely to be easy.

The US presidential election is coming as the country surpasses 8.6 million recorded cases of Covid-19. As of Monday, about 225,000 related deaths had been reported, and about 489,000 new cases had been reported within the previous seven days.

The pandemic has also driven a surge of early voting. As of Sunday, about 66 million people had already voted — surpassing the 2016 early-voting numbers with a week to go before in-person voting starts on Tuesday.