On Monday morning, Facebook blew up with controversy surrounding a political cartoon posted by Virgin Islands News Online, which depicted Governor Gus Jaspert kneeling on the neck of government consultant …

END_OF_DOCUMENT_TOKEN_TO_BE_REPLACED 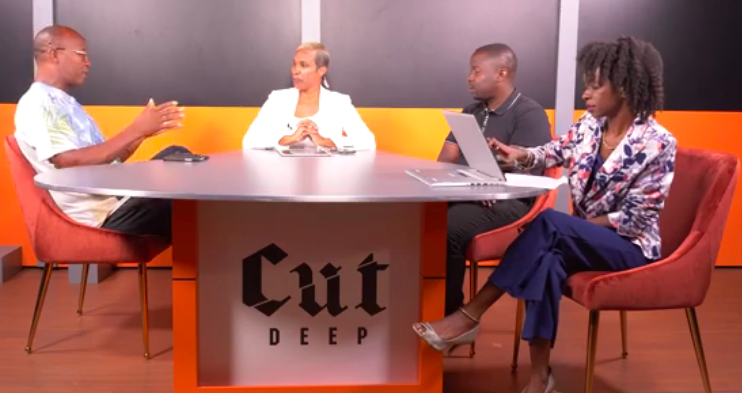 On Monday morning, Facebook blew up with controversy surrounding a political cartoon posted by Virgin Islands News Online, which depicted Governor Gus Jaspert kneeling on the neck of government consultant Claude Skelton-Cline in a reference to the killing of George Floyd by a Minneapolis police officer on May 25.

After a public outcry to boycott the site for publishing what many called a “disgusting” and “offensive” cartoon, at least two businesses — CCT Global Communications and Digicel BVI — pulled advertising from the site until the cartoon is removed.

“It is grossly offensive and unacceptable to use George Floyd’s tragic death in this way,” he stated. “Freedom of speech is an important and vital principle of our society. The media carries a responsibility to ensure that principle is not abused or operates outside the bounds of decency.”

Similar comments were echoed on a series of Facebook threads in local forums, where the response was overwhelmingly critical of the cartoon. Sharlene Thomas wrote, “You hurt the [Virgin Islands], and those fighting for George Floyd would see your cartoon as despicable. It was tasteless, and since you have never fought for civil rights in the US, you won’t understand what you did.”

Dr. Michael Turnbull called the cartoon “insensitive and irresponsible” and added that there was no need to “fuel race tensions … in such a callous and blatant manner.”

In spite of the widespread criticism, a few Facebook users defended the cartoon.

“To have one’s foot on some- one’s neck is an old saying (an idiom in the English language) that is interpreted and symbolised as to be in a position of control or power over someone else,”wrote Cromwell Smith, who also goes by Edju En Ka, adding, “The Virgin Islands is now in a vulnerable position with the United Kingdom through the financial protocols and other restrictions assisted by the governor.”

VINO, meanwhile, refused to remove the cartoon and stood by the decision to publish it.

“We are surprised with sentiments that our cartoon has somehow trivialised serious ‘Black Lives Matter’ protests in the United States and around the world,” the news site said in an unsigned statement published Monday night. “We wish to make it clear that the cartoon in no way seeks to downplay the seriousness of the global campaign against racism, racial injustice and police brutality.”

The cartoon, the statement continued, was created “out of statements made by commentator Claude Skelton-Cline on his Honestly Speaking [talk] show” when he likened “some of the actions and policies of the United Kingdom and the current governor as having their knees on the VI’s collective neck,” VINO explained.

The statement then accused the cartoon’s critics of racism.

“We are concerned that some residents with their own agenda and a few known racists (Caucasians) have deliberately taken to social media and misinterpreted our cartoon,” the statement added.

However, the majority of the more than 65 people who criticised the cartoon and subsequent statement on Facebook were not white people.

Many of them soon claimed that their comments had been reported to Facebook and removed from the platform. It remains unclear who reported the posts and comments, but some users who experienced such censorship blamed VINO.

“I guess Virgin Islands News Online have a problem with everybody post,” wrote Cedric King.

Requests to Facebook for clarification were not immediately successful.

Aaron Parillon, who unsuccessfully ran for office as the National Democratic Party’s Third District candidate last year, was among several Facebook users who urged businesses to boycott VINO, stating that the site is “consistently disrespecting the people of this nation, especially our black leaders.”

CCT soon released a statement describing itself as a local business primarily owned, managed and staffed by “persons of African descent, and we stand unequivocally with the Black Lives Matter Movement against racial discrimination.”

“We would like to state for the record, although we do advertise with [VINO], we explicitly condemn the cartoon published on June 15,” the statement read. “This tasteless reenactment of the murder of George Floyd within a local political context is both offensive and inappropriate.”

The statement went on to say that CCT will suspend all future advertising with the news site until the cartoon is retracted, and it called on other businesses to take similar actions.

Digicel issued a similar statement, describing the cartoon as “offensive and in complete contradiction to the positive and inclusive values which we pride ourselves on as a brand and as a good corporate citizen.”

The company added that it had asked VINO to remove the cartoon.

“In addition, we will be ceasing advertising with the media house for the time being,” it added.

Several people also said that they would not get their news from the site anymore.

VINO’s Monday evening statement also denied that VINO owner and founder Julian Willock, the speaker of the House of Assembly, had any responsibility for the cartoon or the “day-to-day operations” of the website.

For years, Mr. Willock has frequently denied involvement in the site’s editorial operations — occasionally claiming that he only handles the business side of the company — but he has often refused to clearly explain who is in charge.

Attempts this week to learn who was responsible for the cartoon were unsuccessful. Neither Mr. Willock nor Reuben Stoby, who is listed on VINO as the editor-in-chief, returned emails and phone calls as of press time.

In an email to the Beacon on Wednesday, VINO responded only to the governor’s statement.

“We find it curious and questionable that [the governor] has the time to comment about a cartoon (free speech satire) that has already been explained and the matter closed,” the statement read. “His alleged disrespect and unprofessional behaviour against some of our leaders may
need a statement, but we will leave that to his good conscience. I trust the Governor will use the time remaining in the Virgin Islands to help fight racism and all forms of discrimination in many private sector businesses and many industries, and truly let actions speak louder than words.”

Premier Andrew Fahie — whose government chose Mr. Willock for speaker of the House after it came to power in the February 2019 election — did not make a public statement about the cartoon.

Asked by the Beacon whether or not he supported it, he did not answer the question, but wrote in a message that he denounces “racism at any level, everywhere in the world.”

On Tuesday evening, Mr. Skelton-Cline went on 284 Media’s talk show “Cut Deep: The Fallout” to state that he had no problem with the cartoon, explaining that the depictions were merely “representations.”

“Even though I’m depicted in it, I didn’t take the same offence, as some of my colleagues and family and friends took,” he said. “I saw it for what it was only because I saw it through the lens of what I had said the previous week.”

But Dr. Turnbull, who also spoke on the show, urged VI leaders to take a stand against the cartoon.

“[Our leaders’] silence behind this issue is saying, ‘We co-sign this,’” he added.

Show host Cindy Rosan-Jones said she feels there is an “agenda” behind the collective silence of the government and opposition members.

Esther Frazier, who also appeared on the show and criticised VINO, said she wasn’t surprised.

“Unfortunately, I have become used to a government that is selective in how and when they speak up,” she said. “Most of the time it is when it is politically profitable to do so.”