Crime > Top cop: Violent offences up, but overall crime down

Top cop: Violent offences up, but overall crime down

Although overall crimes have decreased slightly since 2020, violent offences have risen, with nine homicides being reported between September 2020 and May 2021, Police Commissioner Mark Collins said late last …

END_OF_DOCUMENT_TOKEN_TO_BE_REPLACED 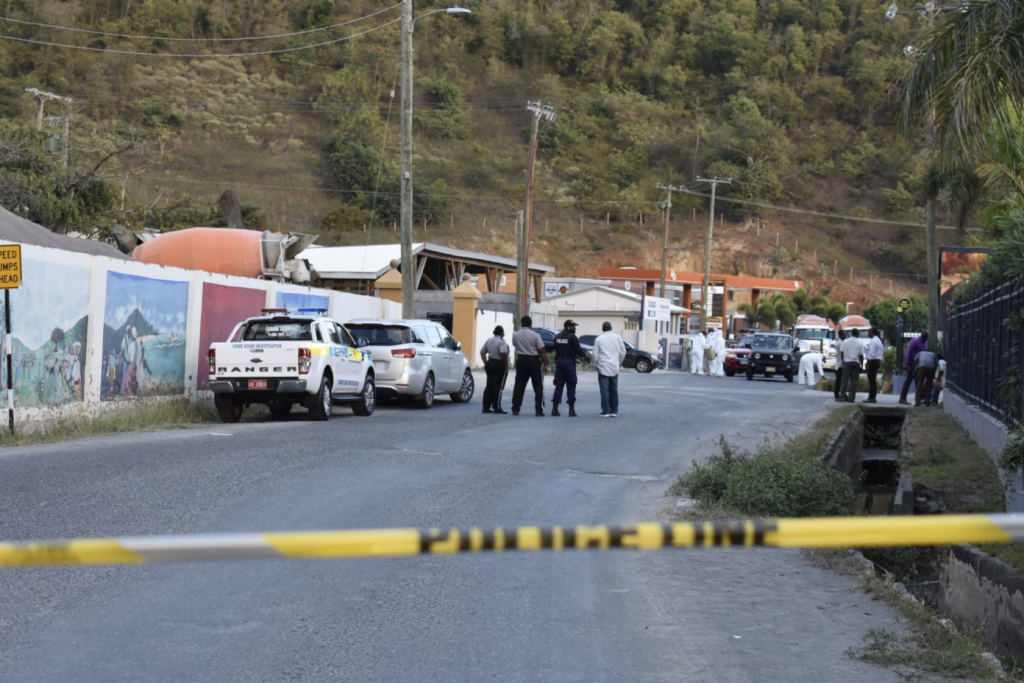 Police monitor the scene where Deverson Williams was shot and killed in Fish Bay last March. Police have concluded investigations in six of the nine homicide cases since late 2020, but some cases, including Mr. Williams’, are still open. (Photo: JOEY WALDINGER)

Although overall crimes have decreased slightly since 2020, violent offences have risen, with nine homicides being reported between September 2020 and May 2021, Police Commissioner Mark Collins said late last year during the Standing Finance Committee deliberations.

“Some of the offences could be directly linked to the Covid-19 pandemic and the loss of jobs and livelihoods with people desperate to make ends meet,” Mr. Collins said, according to a report on the closed-door SFC proceedings that was released last week.

In apparent reference to 2021, he also noted that police recovered three handguns, several rounds of ammunition, and 1,455 kilograms of cocaine and cannabis.

However, the SFC deliberations concluded on Dec. 3, days before fugitive Jose Almestica was arrested on Dec. 7 and later charged in connection to the 20 firearms, hundreds of thousands of dollars of cash, 5.8 kilograms of cannabis, and roughly 500 kilograms of cocaine that police allegedly recovered from his residence.

Mr. Almestica has not been named as a suspect in any of the murder or attempted murder investigations.