At the first sitting of the House of Assembly on Tuesday, an empty seat marked the absence of former National Democratic party Fourth District Representative Mark Vanterpool, who resigned last …

END_OF_DOCUMENT_TOKEN_TO_BE_REPLACED 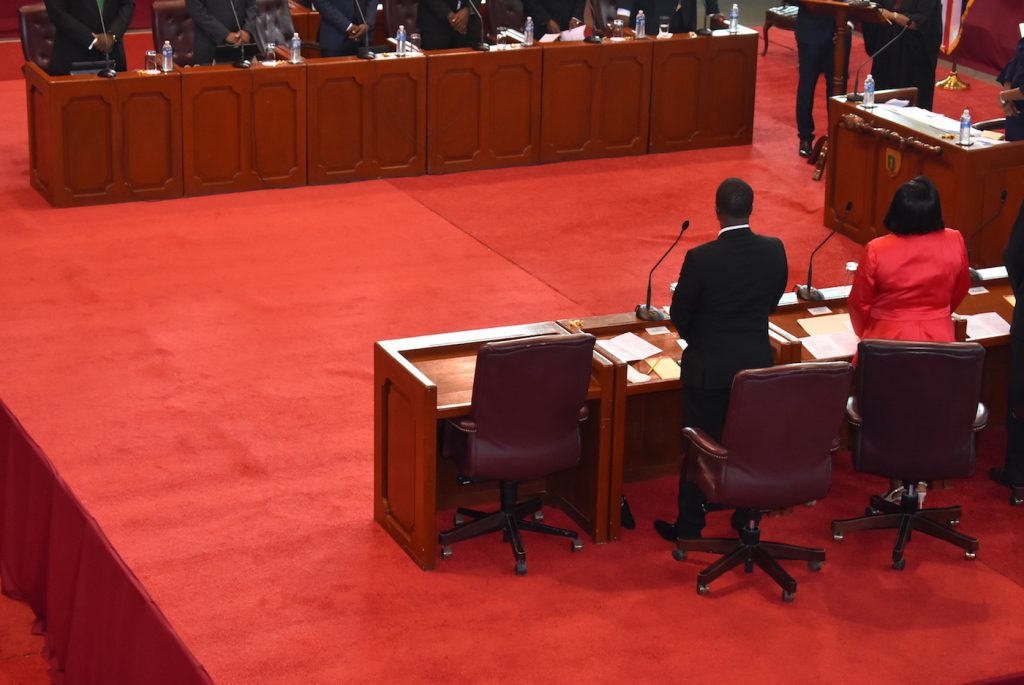 At the first sitting of the House of Assembly on Tuesday, an empty seat marked the absence of former National Democratic party Fourth District Representative Mark Vanterpool, who resigned last week.

The Virgin Islands Party will run Luce Hodge-Smith “without a doubt” in the upcoming Fourth District by-election, according to Deputy Premier Dr. Natalio “Sowande” Wheatley.

Ms. Hodge-Smith will contest a district she recently lost by only 57 votes to the National Democratic Party’s Mark Vanterpool.

Mr. Vanterpool’s seat is open after he resigned on Feb. 5, eight days after his victory in the Feb. 25 general election.

Opposition Leader Marlon Penn said the NDP hasn’t yet confirmed its nominee for the seat.

The Progressive Virgin Islands Movement’s Second District Representative Mitch Turnbull could not be reached for comment, but PVIM chairman Ronnie Skelton reportedly hinted to BVI Platinum that the party would run Karl Scarliffe again as it did in the general election.

Mr. Vanterpool said in a statement last week that he was retiring from his 20-year career in politics for “personal reasons” but did not explain further.

The former two-term communications and works minister would have been relegated to the opposition this term as one of three NDP members and five opposition members in the legislature.

“I sincerely regret the disappointment and inconvenience that this will cause,” he wrote.

“I was not expecting it,” he told the Beacon.

The date of the by-election — which must come between 21 days and two months after Mr. Vanterpool’s resignation — is expected to be announced in the coming weeks.