With an official list of events circulated by government on Good Friday, the 53rd Virgin Gorda Easter Festival was held over the weekend after being canceled for the last two …

END_OF_DOCUMENT_TOKEN_TO_BE_REPLACED 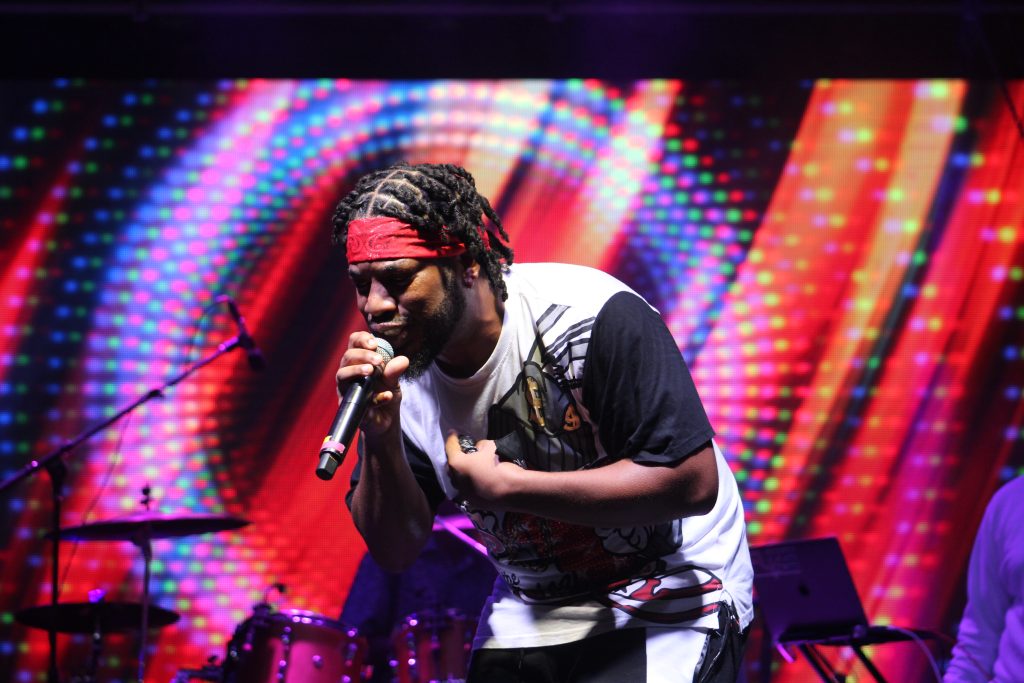 A member of It’s a Secret Band — which consists of residents of Virgin Gorda — performs a song on stage on Sunday night at the Virgin Gorda Easter Festival. (Photo: ZARRIN TASNIM AHMED)

With an official list of events circulated by government on Good Friday, the 53rd Virgin Gorda Easter Festival was held over the weekend after being canceled for the last two years due to the Covid-19 pandemic.

The series of events drew crowds to the sister island.

“We did the best with what we had,” said VG Easter Festival Committee member Adrianna Soverall. “A lot of the businesses in Virgin Gorda helped out. They offered discounts, sponsored or even carried some of the events normally led by the committee.”

Overall, she added, residents were pleased with the events over the weekend.

“We proved why we’re a leading top tourist destination as well as a musical city,” she said. “We did really well. And I think that all the establishments were happy.”

This year’s festival village was named after Raul “Jougo” Sprauve, a musician from Virgin Gorda and owner of a Virgin Islands-based music studio.

“It was truly an honor, having the Virgin Gorda Easter Festival named after me,” Mr. Sprauve wrote on Facebook. “This experience was humbling and one that I will never forget.”

During an action-packed Saturday kicking off the festivities, there was a car show in Spanish Town, a food fair, and the Wahoomania fishing tournament across the road.

People from neighbouring islands — including some from the United States VI — traveled to Virgin Gorda via plane, private boat, ferry and barge that day. Vendors set up stalls in the festival village, preparing for the opening.

The official opening ceremony took place on Saturday night, when government officials welcomed people to the festival village.
“Our theme this year is ‘Culture over Covid, 2022: VG Easter Festival for me and you,’” Ms. Soverall said while chairing the ceremony. “We’ve been working relentlessly with all the ups and downs, … overcoming hurdles to ensure we have a VG Easter Festival this year.”

Natural Resources, Labour and Immigration Minister Vincent Wheatley, who represents VG, said the committee took on an “awesome task” to bring back the “tradition” of the festival despite working with “strict budgets.”

Mr. Wheatley added that hotels, car rentals, and villas were booked for the weekend.

“I want to welcome all the strangers from all over the world, those who are going to hear Virgin Gorda,” he said. “Enjoy all that we have to offer.”

Deputy Premier Dr. Natalio “Sowande” Wheatley acknowledged that “it’s been a while” since the territory hosted the festival.

“Of course, we’ve been in the woods for the last two years,” he said. “I’m glad that we’re finally out of the woods and we can resume with our cultural celebrations.”

On Sunday afternoon, residents took part in the Hat Parade, which was dedicated to the late former premier Ralph O’Neal. Two of Mr. O’Neal’s daughters told JTV Channel 55 that their father enjoyed wearing hats and that they started the hat parade for that reason.

“It’s wonderful to have the hat parade back and the whole Virgin Gorda festival back after what the world has been through,” said Abby O’Neal, who sported one of her father’s hats that day.

The winning hat, worn by Dwayne Leonard Jr., was decorated with pictures of Virgin Gorda and the words “VG Stronger.” Mr. Leonard said the design was meant to show that the territory has come back “after Covid-19.”

There were nearly a dozen entries for the parade, including some coconut palm hats. The festivities took place near the ferry dock, where the participants danced along to gospel music. 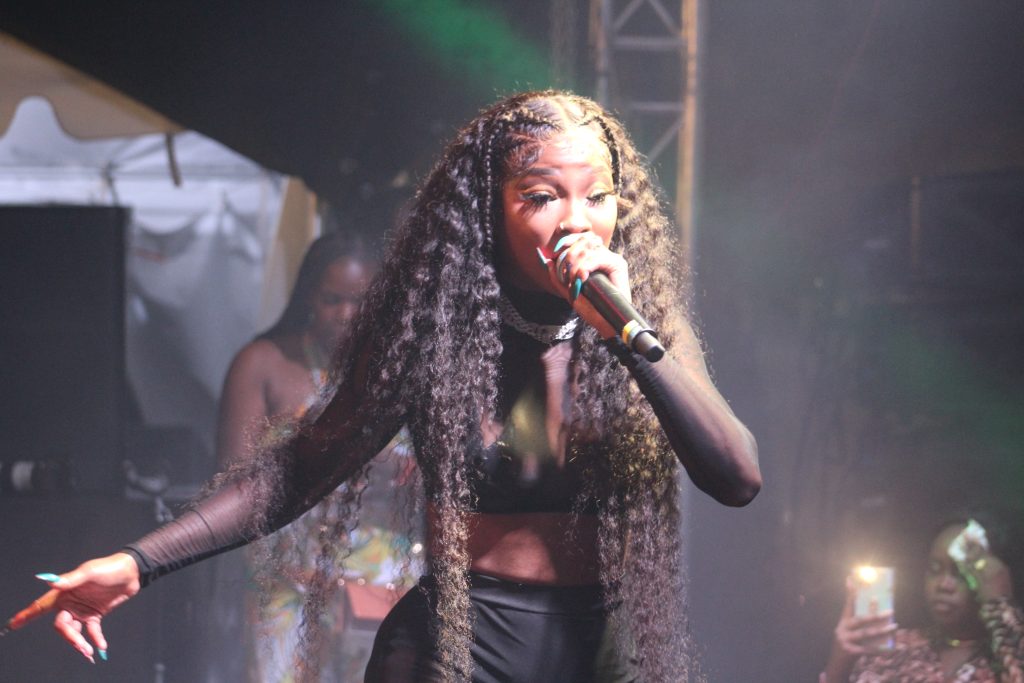 The VG Easter Monday Parade was left off the calendar of events, but it took place anyway.

Without a formal announcement, organisers gave the green light for a procession of cars and people to occupy a portion of the main road in Spanish Town starting around 3 p.m. on Monday.

A truck with the winning hat from the hat parade led the procession, followed closely by Mr. Sprauve.

“We’re encouraging everyone to come out to the parade and support the vendors in the village,” the festival honouree said.

Ms. Soverall said it’s likely that the August Emancipation Festival will be held this year as well.

“We have to celebrate our festivals and acknowledge our freedom,” she said. “There are different meanings behind each of our festivals, but, at the end of the day, us coming together and taking part in camaraderie together is all that matters.”

She added that the VG Easter Festival “set a standard,” and she predicted that the August Emancipation Festival will be “another one for the books.”