The Virgin Gorda Easter Festival is steadily returning to its former glory, according to Virgin Islands Festivals and Fairs Committee Chairman Carnel Clyne. “We’re not perfect, but overall it was …

END_OF_DOCUMENT_TOKEN_TO_BE_REPLACED 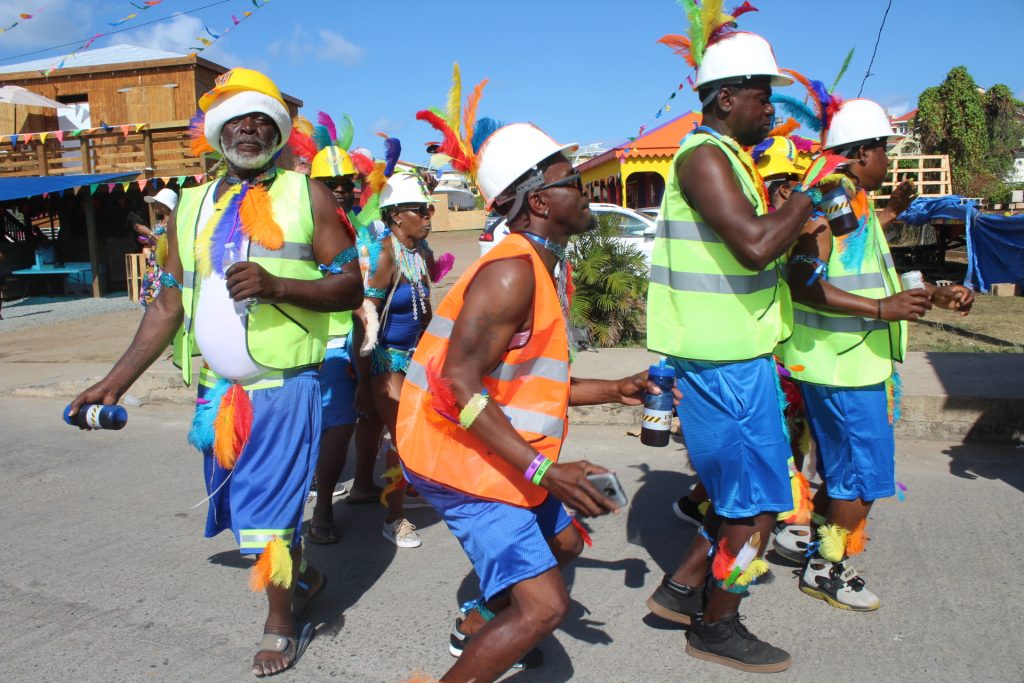 Members of the Ace Marine Contractors Limited troupe show off their dance moves during the parade at the Virgin Gorda Easter Festival on Monday.

The Virgin Gorda Easter Festival is steadily returning to its former glory, according to Virgin Islands Festivals and Fairs Committee Chairman Carnel Clyne.

“We’re not perfect, but overall it was a success,” he said of the five-day festival that wrapped up on Monday.

The 52nd annual festival began April 13 with the Food Fair, resumed the following Friday, and lasted until late Monday, with hundreds travelling to Virgin Gorda to participate and enjoy the long weekend.

The annual festival parade, which was not held last year following Hurricane Irma, made a return on Monday, and Governor Gus Jaspert made an appearance, as did Premier Andrew Fahie and other elected leaders.

“It was small, short and sweet,” Mr. Clyne said of the parade, which included six floats this year. “This whole festival business is a people business, and it takes time to touch people who were involved in it before.”

Though the parade was scheduled for 1 p.m., it took off from Spanish Town just past 3 p.m. Business owners and tourists alike awaited the procession eagerly.

Moko jumbies strode past, performing tricks and dances on their stilts, tourists and residents danced behind the first float, and employees of Ace Marine Contractors Limited flaunted their moves while donned in construction crew jackets.

James Kelly, online marketing specialist for the BVI Tourist Board, has lived in the VI for more than two decades and has seen many VG Easter Festival parades.

He was surprised that the parade was so small this year, gauging residents’ opinions while sipping a beer at the dock. Many attendees returned to Tortola on the 5 p.m. ferry.

During a press conference on April 12, when organisers detailed the celebrations, it was also announced that the festival would be scaled down again due to financial constraints. A delay in funding made it difficult for organisers to prepare as well as they hoped, said Deputy Premier Dr. Natalio “Sowande” Wheatley. 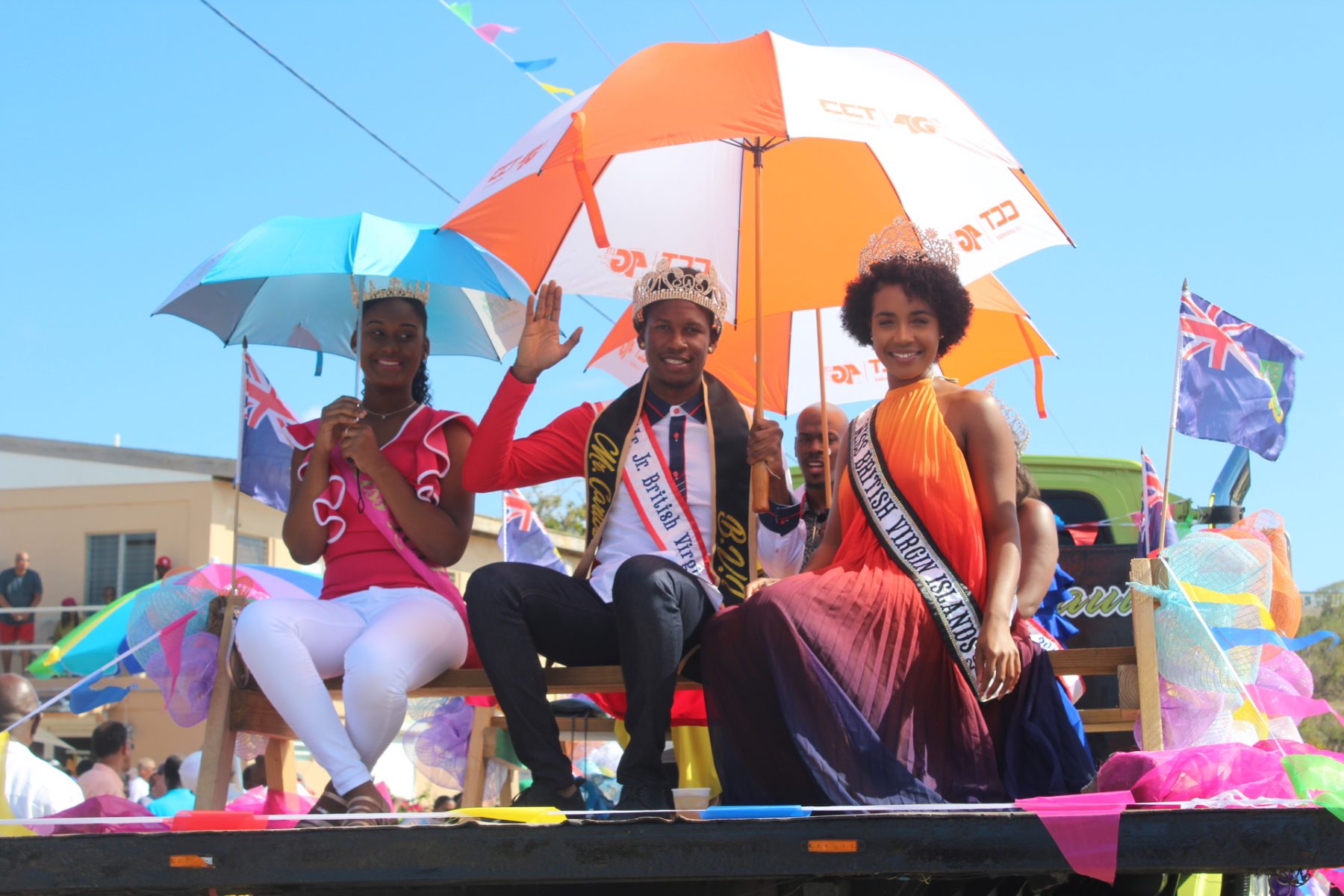 Though the focus shifted to local artists rather than international ones, headliners like Dexta Daps and Mr. Killa performed over the weekend and made an impact on the festivities.

“I think Mr. Killa and Dexta Daps did a great job,” Mr. Clyne said. “Mr. Killa set the stage for J’ouvert. It was a great turnout with a lot of young people in masks and costumes. The little solo acts we had in between — everything was on point.”

There was no shortage of things to do over the weekend. The best-attended events included the concerts and the Sunday hat parade, where dec- orated hats as tall as two feet filled the street through Spanish Town.

Friday was the opening of the Festival Village, where performances were held throughout the weekend.

Over the weekend, the island also hosted the Wahoo Madness fishing tournament with prizes for heaviest fish and heaviest total catch. On Easter Sunday, per tradition, there was an egg hunt at Walters Recreational Park. 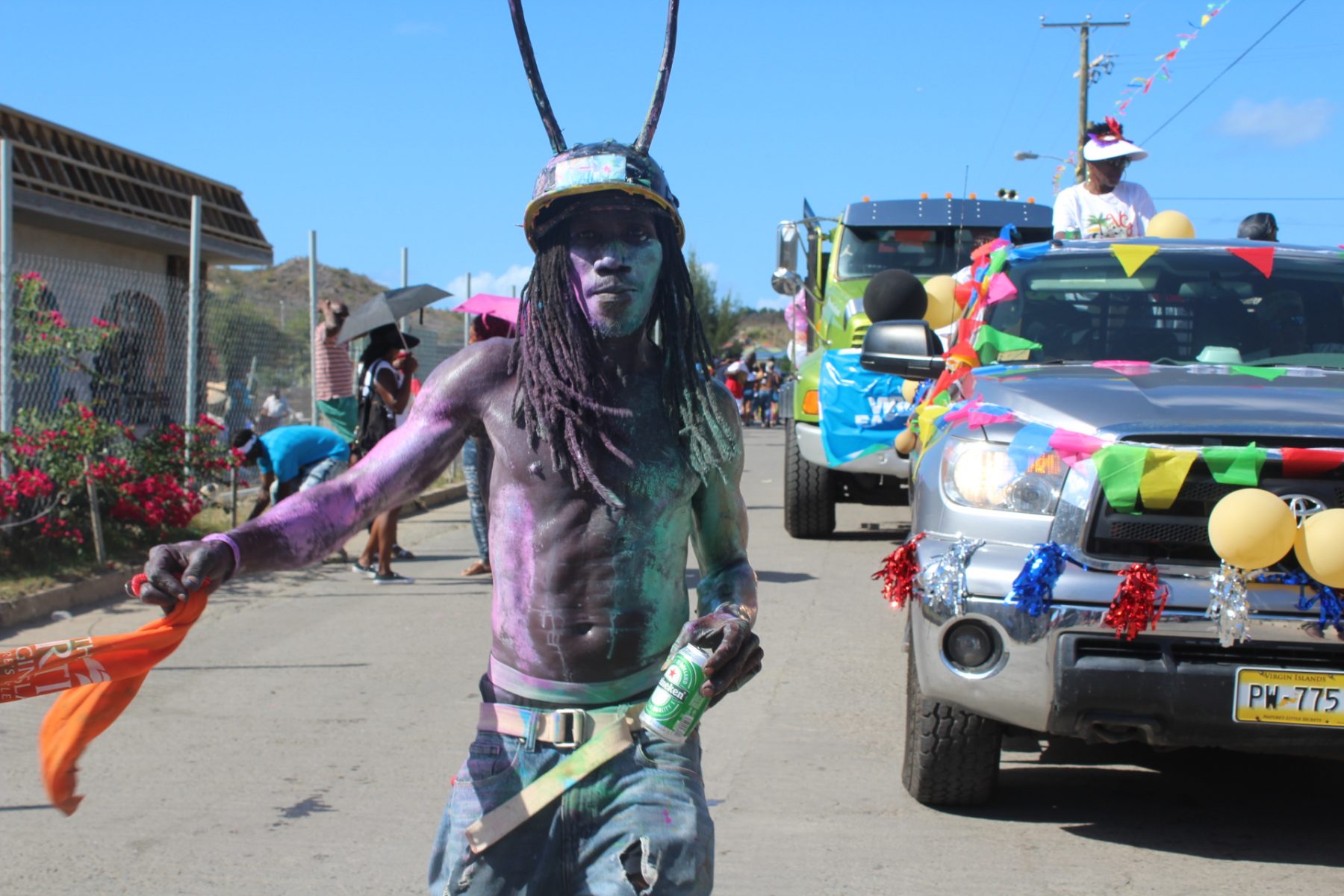 However, once visitors landed in Virgin Gorda, ground transportation to the festival grounds was less organised than Mr. Clyne had hoped.

“There are minor things we can adjust,” he said, noting that ground transportation and security briefings are at the top of the list of improvements for future events. “These things happen when things are planned now for now.”

Though Mr. Clyne has been festival head since March and hit the ground running with preparations for the Easter Festival, he hopes to have five months to plan the next Easter Festival carefully.

While events like full moon parties, a performance by artist Richie Spice in Jost Van Dyke, and the kite festival in Tortola may have taken some attendance away from the Easter Festival, Mr. Clyne said he hopes to “make a clamp” on the weekend in the future.

Instead of having the food fair a week in advance, he said, it will be held the same weekend as other events. Plans to bring back the Miss Virgin Gorda Pageant and the Calypso Show are also in the making.