As the sun set and wind blew across Virgin Gorda in the late afternoon last Thursday, hundreds gathered to celebrate the long-awaited opening of the Nurse Iris O’Neal Medical Centre. …

END_OF_DOCUMENT_TOKEN_TO_BE_REPLACED 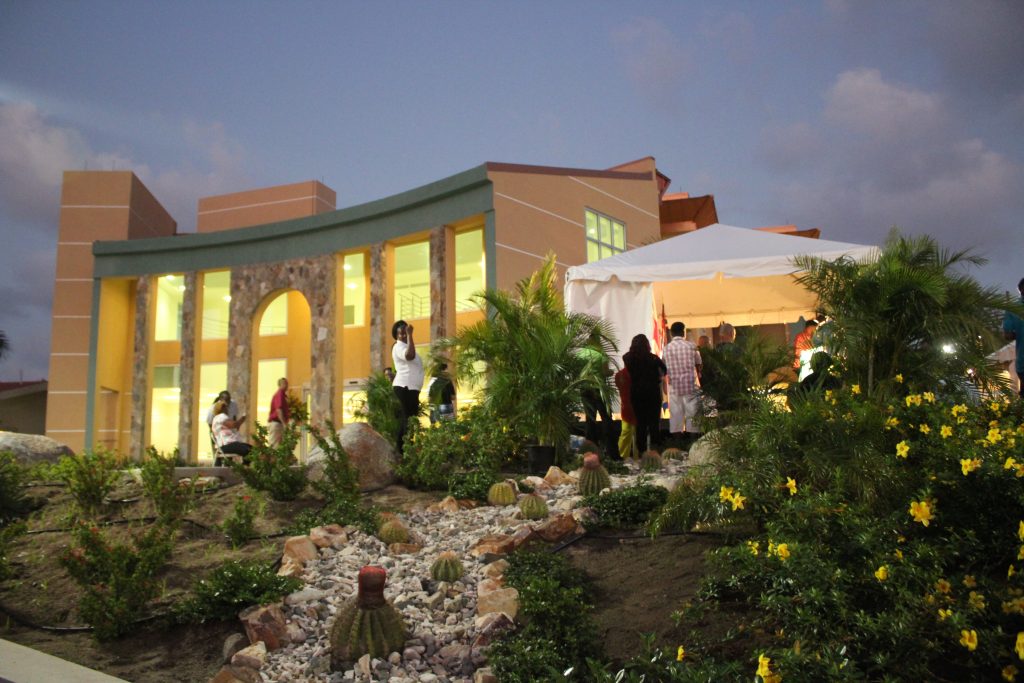 Attendees of the opening ceremony of the Nurse Iris O’Neal Medical Centre gather last Thursday to celebrate the occasion in Virgin Gorda. Hundreds came to the opening and were able to tour the building, which is now open seven days a week. (Photo: ZARRIN TASNIM AHMED)

As the sun set and wind blew across Virgin Gorda in the late afternoon last Thursday, hundreds gathered to celebrate the long-awaited opening of the Nurse Iris O’Neal Medical Centre.

Murmurs of agreement spread throughout the standing-room-only crowd gathered in front of the centre, which will provide primary and urgent care services for residents every day of the week between 8:30 a.m. and 4:30 p.m., with staff on call during emergency hours after 4:30 p.m.

To accommodate those arriving from Tortola aboard a 4 p.m. ferry, the ceremony began later than expected, at about 5:30 p.m., and lasted until 9 p.m.

After opening with a prayer, the territorial song, and opening remarks by Mr. Fahie, the celebration included speeches by other ministers, representatives of the BVI Health Services Authority, and the general contractor of the project, as well as entertainment by the Robinson O’Neal Memorial Primary School, Leon and the Hotshots, and a descendant of Iris O’Neal.

The government purchased land for the clinic in The Valley in 2009 at the urging of then-Premier Ralph O’Neal, who represented the Ninth District. Architectural plans were released in May 2010, but the project was delayed after a Commercial Court ruling dissolved the firm that had completed the initial designs.

It took three years to come up with new designs, and in June 2014, then-Health and Social Development Minister Ronnie Skelton announced an 18-to-24-month timeline for completion.

In March 2015, James Todman Construction Limited was awarded a $6 million contract to build the approximately 20,000-square-foot facility, and ground was broken that month.

In April 2016, however, Mr. Skelton said project officials were waiting for the building’s steel frame to arrive. Construction resumed in November 2016 with the arrival of the steel, but plans for a grand opening in July 2017 were pushed back to September.

Following the hurricanes of that year, the territory experienced a shortage of nurses, and delays were exacerbated by the storms’ widespread devastation.

In October 2018, government asked for $1.5 million in donations from the public to help outfit the building with necessary equipment and supplies. During the ceremony last week, more pledges and donations were accepted in hopes of fully outfitting the building, though it is not clear how much has been raised in total or how much is needed.

The new design — which went through several changes before it came to fruition — was conceived by a former student of the Bregado Flax Educational Centre, architect Avaline Potter of A R Potter & Associates.

The original $6 million budget also changed as the plans changed, Mr. Todman said during the ceremony last Thursday, but the final cost was not disclosed, and attempts to reach officials at the Ministry of Health and Social Development were unsuccessful.

Now, the two-storey building has two operating rooms and facilities for urgent care, wound care, and dental care. Additionally, the centre will provide paediatrics, obstetrics and gynaecology, oncology, community mental health, audiology, pharmacy, home visits, maternal health, chronic care, internal medicine, imaging services, laboratory services, outpatient procedures, and family planning, according to a pamphlet distributed during the ceremony.
The old facility that remains to the side of the building will continue offering nutritionist and social services, among others.

The new ten-bed centre will accommodate short-term overnight stays, but is not designed for long-term care. The facility is not yet equipped to deliver babies, but that step might come soon, and it does already offer other maternity services such as ultrasounds.

“Today is a day many thought would never happen,” said Natural Resources, Labour and Immigration Minister Vincent Wheatley, who represents the Ninth District. “Health care is everybody’s business. We here in Virgin Gorda have seen health care move from midwives back in olden days. … In those days doctors didn’t come very often.”

He explained that after some time, there were doctors on the island who had to ride through town on horseback, like Ms. O’Neal.

The pamphlet distributed during the ceremony noted that Ms. O’Neal was born in 1920 in Huntums Ghut. She was appointed district nurse in Virgin Gorda and Anegada after marrying Allan O’Neal in 1943.

“As the only nurse on island, the late Nurse Iris also practised as a midwife due to the doctor’s scheduled visit being every four to six months,” the statement read. “She delivered over 500 babies and stood as godmother to many of them.”

Ms. O’Neal performed procedures using kerosene lamps before electricity was widely available on the island, and she was known for her refusal to say “no” to anybody. She kept a room in her home to attend to patients after hours, according to the pamphlet.

Mr. Fahie touched on the recovery of Virgin Gorda and the territory as a whole following the devastation left behind by hurricanes Maria and Irma.