Oil Nut Bay announced recently that it has begun offering its guests direct helicopter service to St. Thomas and San Juan after its heliport became “the first in the British …

END_OF_DOCUMENT_TOKEN_TO_BE_REPLACED 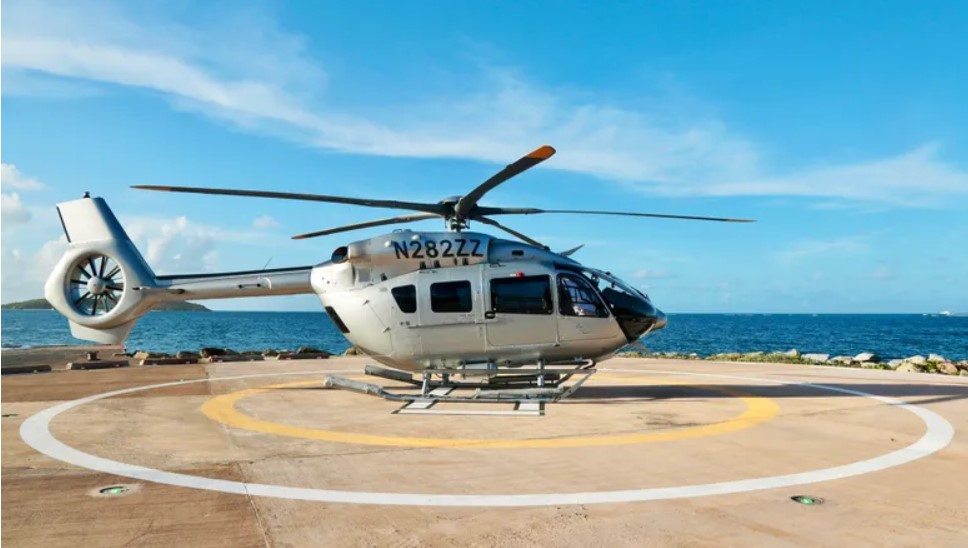 Oil Nut Bay has announced that its heliport is the first in the British overseas territories to be approved by Air Safety Support International for international flights.(Photo: PROVIDED)

Oil Nut Bay announced recently that it has begun offering its guests direct helicopter service to St. Thomas and San Juan after its heliport became “the first in the British overseas territories” to be approved for international flights by air regulator Air Safety Support International.

However, the ASSI approval does not appoint the resort as a heliport, a designation that requires approval from Cabinet and the House of Assembly, according to information provided by government Communications Director Dr. Arliene Penn and Deputy Customs Commissioner Leslie Lettsome.

While the resort works to secure that designation, the customs commissioner has approved recent international flights on a case-by-case basis under a law that allows him to designate a temporary “customs area,” Dr. Penn and Mr. Lettsome explained.

In an October press release, ONB announced that its guests can now fly directly to the residential resort in Virgin Gorda’s North Sound from St. Thomas or San Juan and “seamlessly clear customs and immigration on site.”

For rates starting at $5,000 per charter flight, guests “are directly transferred to their helicopter for [their] fast transfer to or from Oil Nut Bay,” the release stated, adding that the rates include transfer from air port to helicopter, flight time, and “ICE clearance at Oil Nut Bay heliport.”

“ICE” — an acronym for “Immigration and Customs Enforcement” in the United States — appears to refer to clearance by the Customs and the Immigration departments in the VI, but ONB management did not respond to messages.
The release added, “Oil Nut Bay’s on-site fire and rescue team has been fully certified to operate the heliport and is dedicated to its safety and excellence.”

The release provided few other details, and neither government officials nor the resort responded to questions about the technicalities of the clearance process and how it is being funded.

However, Dr. Penn explained that ASSI’s approval “does not automatically indicate the existence of a heliport,” and that “Oil Nut Bay management is in discussions with [His Majesty’s] Customs regarding next steps.”

In response to further questions, she forwarded a message from Mr. Lettsome that cited section 16 of the Customs Management and Duties Act 2010, which empowers the commissioner “approve a place in the territory not being a customs port, approved wharf or customs airport, as a ‘customs area’ for the periods and subject to the conditions and restrictions the commissioner considers appropriate to impose.”

The message added, “ONB guest[s] have been cleared at ONB with the permission of the commissioner on a case by-case basis.” Dr. Penn also explained that “the appointment of the heliport as a Customs airport must be approved in accordance with legislation to facilitate the clearing of guests upon arrival to Oil Nut Bay from a foreign destination.”

Neither Dr. Penn nor Mr. Lettsome responded to further queries about how often customs and immigration officers travel back and forth to ONB to clear visitors, or how the trips are funded. ASSI — a subsidiary of the United Kingdom Civil Aviation Authority that regulates civil aviation safety in the OTs — did not immediately respond to a message sent Tuesday.