Nearly two months into a hurricane season predicted to be more active than usual, officials are stepping up efforts to prepare shelters and create a disaster plan for each sister …

END_OF_DOCUMENT_TOKEN_TO_BE_REPLACED 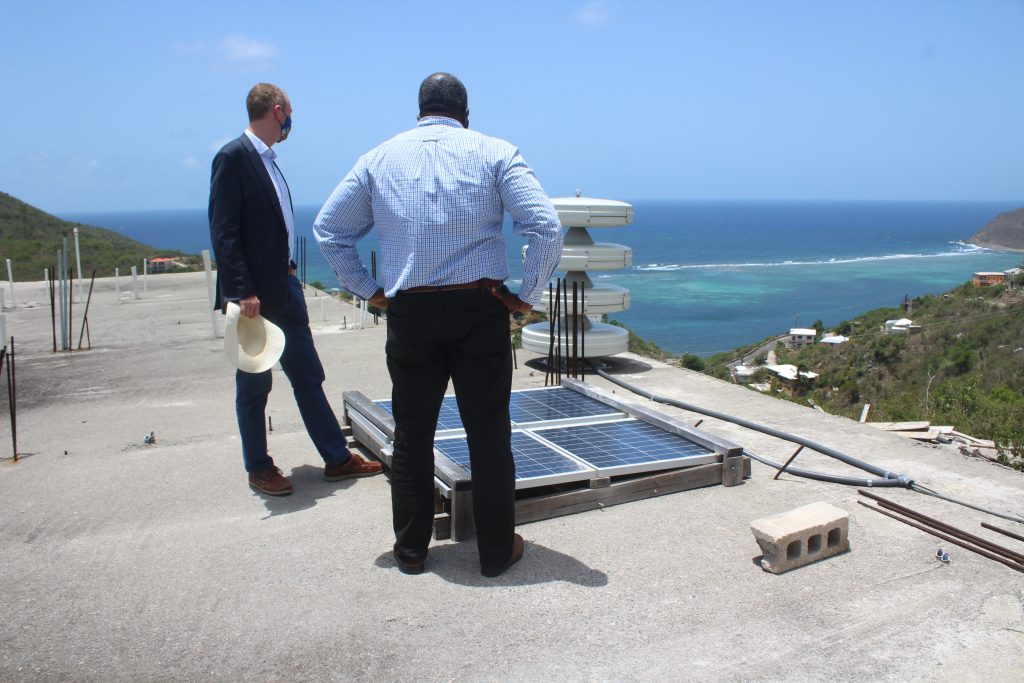 Nearly two months into a hurricane season predicted to be more active than usual, officials are stepping up efforts to prepare shelters and create a disaster plan for each sister island.

Governor Gus Jaspert travelled to Virgin Gorda last Thursday to assess five shelters with the help of representatives from the Department of Disaster Management, the Ministry of Health and Social Development, the BVI Red Cross and the Virgin Gorda Resilience Team.

Each year, the governor visits the sister islands and tours the shelters, helping facilitate any changes or improvements that need to be made.

“What I’ve been doing today is checking with the team if they’re fit for purpose,” Mr. Jaspert said. “There’s primary, secondary and tertiary shelters.

So the primary one has all the facilities including back-up generators and showers, and a kitchen.”

For the North Sound Community Centre, water woes have prevented the shelter from being deemed ready. But once the cistern is filled and there’s running water available, it will be one of two primary shelters in North Sound.

The team also reviewed how donations from the United Kingdom were distributed. Along with generators, sirens and radio masts, the UK donated contingency supplies that are stored in containers next to a few of the shelters. They include hundreds of pieces of plywood, saws and other construction material.

Though an official shelter list has not been published yet this year, the governor said last year’s list is still in use. He explained that this year, government prioritised keeping all the 2019 shelters, adding some more, and improving existing spaces.

The advent of the coronavirus pandemic has also changed the way shelters will operate, as well as the capacity for each.

“[Covid-19] has complicated things,” Mr. Jaspert said. “We have to look at social distancing and sanitisation measures. We took the decision to keep the 2019 list, so we’re confident we have shelters. [Covid-19] means we have to think more about improvements, but we’re improving shelters anyway.”

This means outfitting shelters with sanitation stations, separate rooms and so on. Shelter managers are also trained to take temperature scans and enforce social distancing. Where a shelter may have been able to fit 40 people before, with social distancing and public safety measures in place, it likely can only fit 20 now, Mr. Jaspert added.

This is the case for shelters across the entire territory.

Other plans include specialised disaster preparedness and management on the sister islands.

During a community discussion earlier that day, Mr. Jaspert said, some residents said that they felt cut off from the rest of the territory after Irma.

“We have a National Disaster Management Plan that is regularly updated,” Mr. Jaspert said. “One of the things we’re working through today is creating a specific Virgin Gorda plan. This is a lesson we learned after Irma.”

The plan will outline what to do in case a disaster like Irma strikes again, and it will be specific to Virgin Gorda. It will take into account main roads and major issues the island faced in the aftermath of Irma, like accessing running water, he said.

The team visited Jost Van Dyke on Tuesday and will visit Anegada tomorrow.