When Eric Christian walked into a house situated above Baughers Bay and into the 3Gs’ rehearsal space, he got straight to business: playing the keyboard. It was rehearsal night for …

END_OF_DOCUMENT_TOKEN_TO_BE_REPLACED 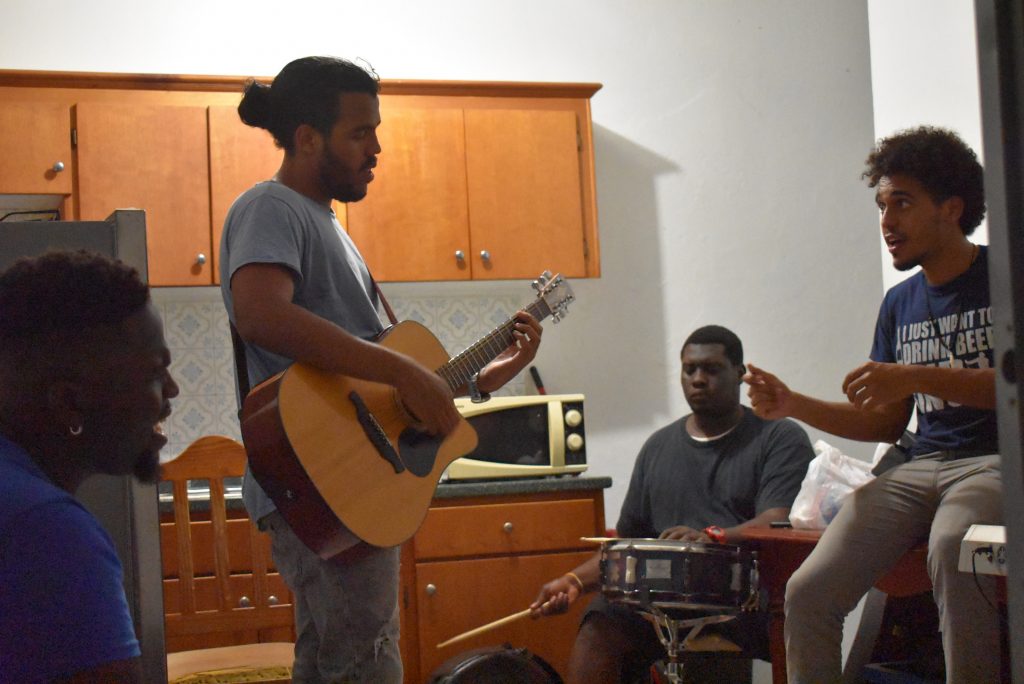 The 3Gs practise for their upcoming performances in their rehearsal space above Baughers Bay. On Sunday, they will perform the title song of the movie Job at the New Life Baptist Church.

When Eric Christian walked into a house situated above Baughers Bay and into the 3Gs’ rehearsal space, he got straight to business: playing the keyboard.

It was rehearsal night for the local band, which is eagerly awaiting the release of the movie Job on Monday at 7 p.m. at the U.P.’s Cineplex.

The movie was produced by Mr. Christian and it features a title song, “For My Good,” by the 3Gs.

Nate Grant, a friend of Mr. Christian and former cinematography teacher at the Chicago State University, wrote the screenplay and directed the movie, and Bishop John Cline, of the New Life Baptist Church, was the executive producer.

“That is a big accomplishment,” said Mr. Christian, noting that large visual arts productions like this one are uncommon coming out of the Virgin Islands. “It’s 12 years in the making and it took a lot of time and money.”

The movie will premiere Monday in the VI and throughout the Caribbean, in several cities across the United States, and in parts of Europe, he said.

It’s based on the biblical story of Job and portrayed through a modern lens. The main character, Joseph Oliver Brown (whose initials spell out “JOB”), faces trials and challenges similar to the biblical character. The movie explores the question “Why do bad things happen to good people?”

Though the 3Gs will not be performing at the movie premiere, they plan to attend, and they are to perform the title song at the New Life Baptist Church at 11 a.m. on Sunday.