Virgin Islands braces for Brexit after Tory sweep in UK

British voters sent a strong message at the polls last Thursday in a historic election, giving the Conservative Party a green light to carry out its promise to “get Brexit …

END_OF_DOCUMENT_TOKEN_TO_BE_REPLACED 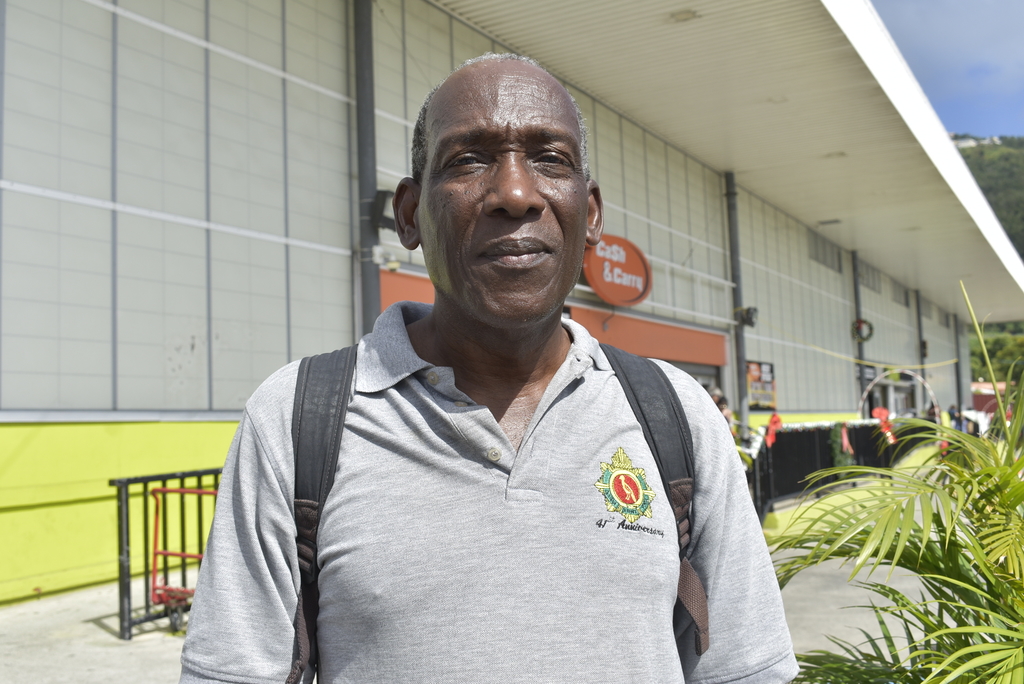 “It would affect here financially. We may not get the same financial support as we did before.” - Lindon Reevers 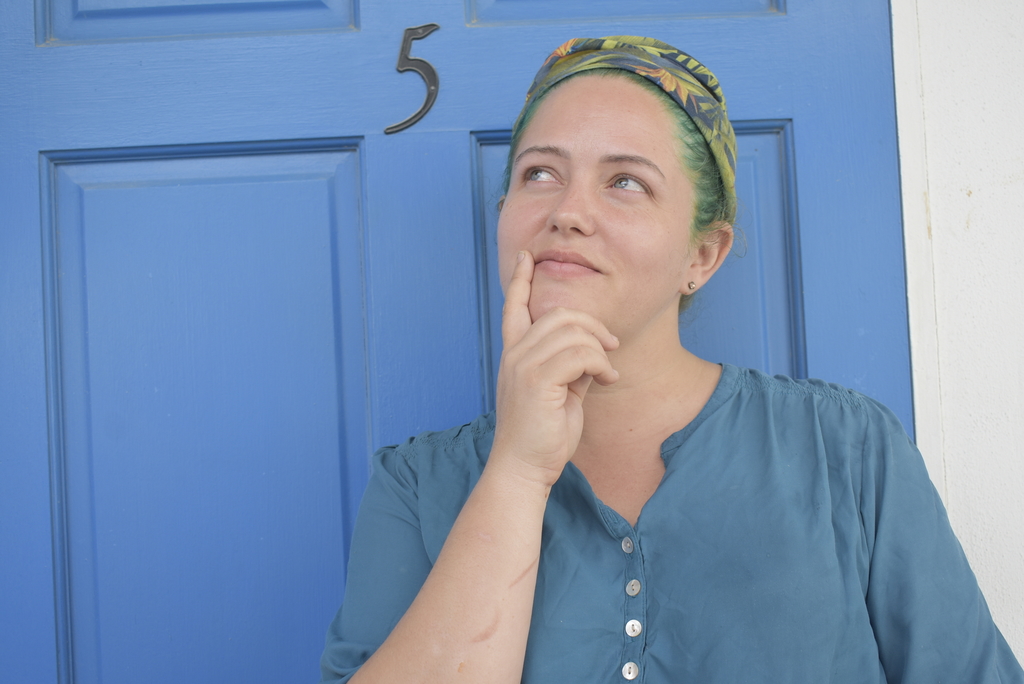 “It worries me because I don’t know what will happen. It seems very unpredictable. It could be really good or really bad.” - Nikki Goss-Harry 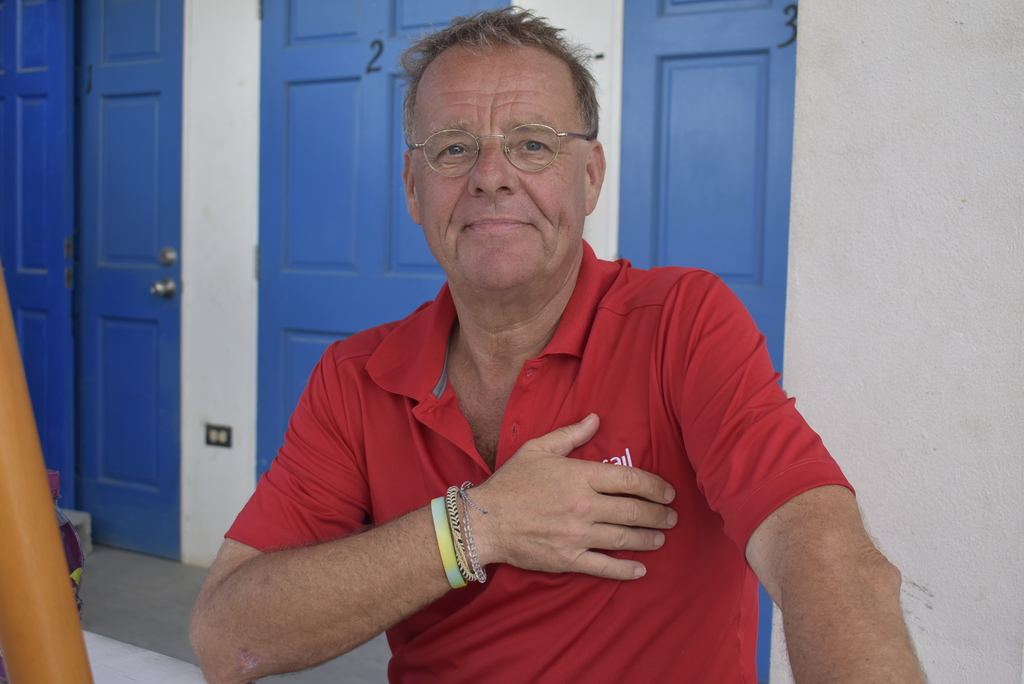 “I don’t think it will affect the Virgin Islands. Now that the UK is spending less money on the European Union, it could have a positive affect on overseas territories.” - David Pugh-Jones 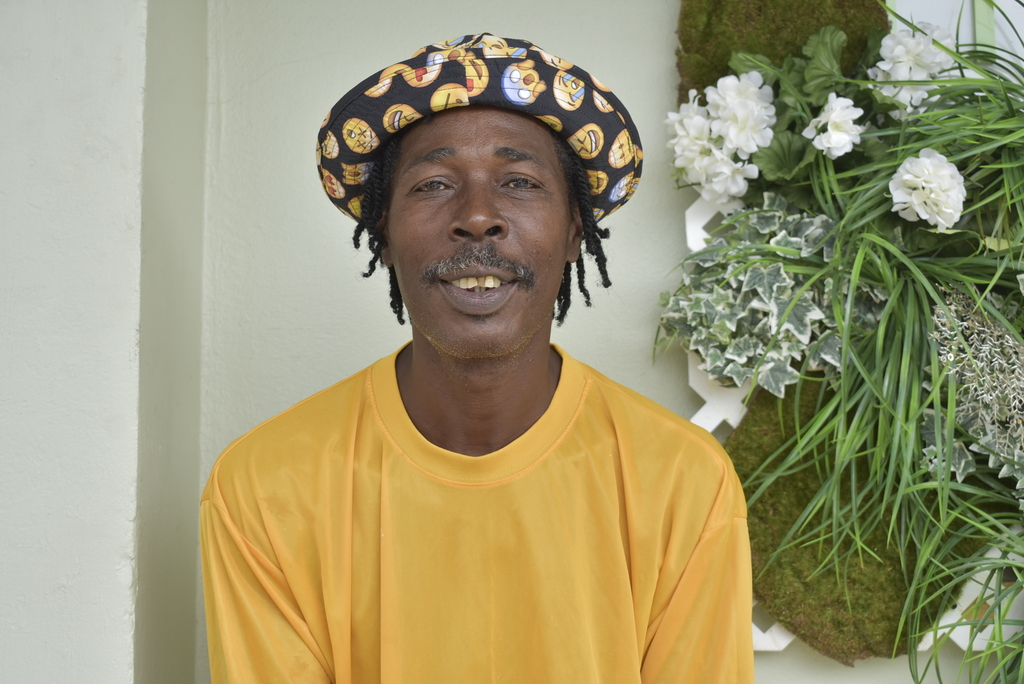 “I don’t know what will happen but I hope it’s something good.” - Wilbert Donovan

British voters sent a strong message at the polls last Thursday in a historic election, giving the Conservative Party a green light to carry out its promise to “get Brexit done” right away.

Though the landslide victory means uncertainty for the Virgin Islands and other overseas territories in some areas, one thing is clear: Local leaders can now operate on the assumption that the United Kingdom will leave the European Union soon.

“Once Brexit is complete, the UK and EU will begin negotiations on a new relationship that centres on free trade,” said Benito Wheatley, a special envoy of Premier Andrew Fahie and a policy fellow for the Centre for Science and Policy at the University of Cambridge. “The new UK-EU relationship will also include the overseas territories.”

In preparation for Brexit, VI Governor Augustus Jaspert said Tuesday that the territory will need to vocally represent its interests.

This advocacy, he said, likely will include pushing Britain to agree to pick up on EU-funded projects and ensuring the Schengen visas that facilitate EU travel continue to be available to the VI citizens.

“What’s this mean for the BVI? How to position itself ? What relationship does it want to have with the UK as well?” Mr. Jaspert said. “As the UK goes through its change in relationship with the EU, the OTs are a key part of the British family.”

Speaking from Downing Street the day after the election, Prime Minister Boris Johnson celebrated the win, which handed his Tories an un- expected 80-seat majority in the House of Commons.

“Thank you for the trust you have placed in us and in me,” Mr. Johnson told voters. “We will work round the clock to repay your trust and to deliver on your priorities with a parliament that works for you.”

One of the challenges facing Mr. Johnson now is uniting a country bitterly divided by Brexit.

He urged, “As we work together with the EU as friends and sovereign equals in tackling climate change and terrorism, in building academic and scientific cooperation, in redoubling our trading relationship, I frankly urge everyone on either side … to find closure and to let the healing begin.”

Dr. Peter Clegg, a professor of politics and international relations at the University of the West of England, told the Beacon that the Conservatives’ large majority will both give them a boost in pushing forward policy and put more responsibility on their shoulders.

“I think it gives [Conservatives] great confidence to do what they want to do,” Dr. Clegg said. “They have a clear mandate, at least according to the electoral system we have, that they can govern alone.”

Mr. Johnson is now charged with forming a new government to lead parliament. Unlike after the 2017 election, the Conservatives do not have to work with a smaller party to form a coalition.

Today, the Queen will formally reopen parliament by out- lining the government’s legislative agenda. Brexit is al-ready at the top of the Conservative Party’s list of goals. 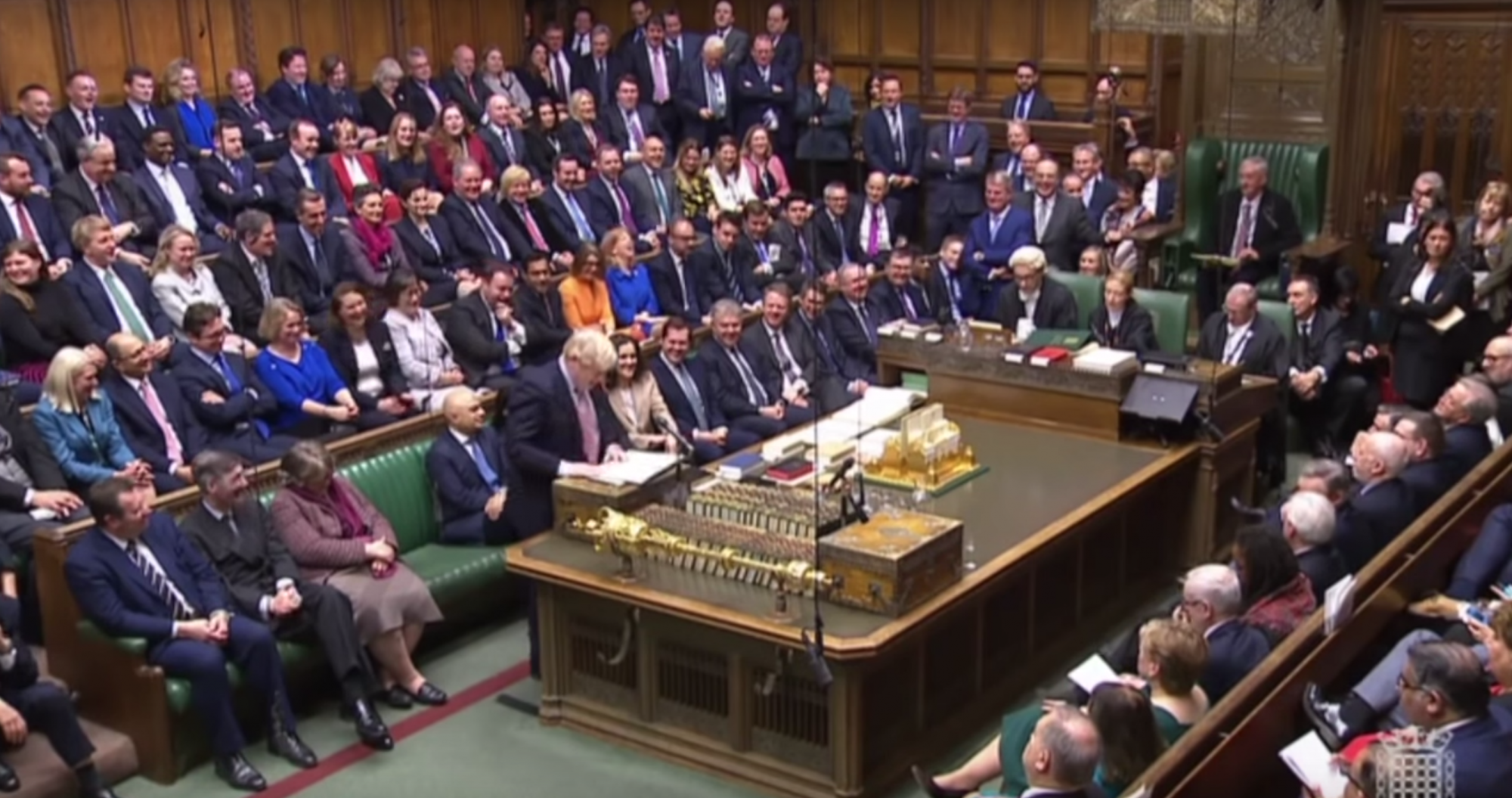 During his speech, Mr. Johnson highlighted the party’s self-imposed deadline of Jan. 31 to formally exit the EU, and members of parliament could vote on a proposed Brexit bill as soon as tomorrow.

Dr. Clegg said any agreements with the EU will likely have to conclude before the end of 2020 per the Withdrawal Agreement Bill.

He added that EU leadership has generally been surprised at the short deadline for such negotiations.

“Normally negotiations that involve the EU regarding trade can take years and years,” Dr. Clegg said. “It suggests that any deal with the European Union concluded by then will be quite limited in terms of its objectives.”

The OTs probably will not be able to independently negotiate with the EU, according to the professor, who studies the territories.

“Where the UK leads, the overseas territories must follow,” he explained.

The Friends of the British Overseas Territories, an apolitical charity, said it anticipates the election results will be good for the OTs.

“A Conservative governmentwhich is committed to deliver- ing Brexit will help to provide certainty for businesses in the OTs and EU who trade with one another,” said Will Radford, FOTBOT charity secretary. “The Spanish government has already taken steps to protect the rights of British citizens in Spain, which should extend to Gibraltarians.”

Mr. Radford said the organisation believes that a continuing relationship between overseas territories and the European Overseas Countries and Territories Group is “both possible and likely as the UK and the EU forge a new future as sovereign equals and friends.”

Dr. Clegg added that negotiating terms of aid will likely come before any trade agreements.

“Hopefully the Tories will be more amenable to supporting the territories in relation to aid,” he said.

Mr. Wheatley, the premier’s envoy, agreed that the Conservative victory should return stability and discipline to parliament. Besides Brexit, he said, this stability is also important for the VI’s financial services industry.

“The BVI and other overseas territories can have greater confidence that the policies of the UK government will be firm, and not railroaded by the UK parliament that had forced former Prime Minister Thresa May’s government to impose public registers of beneficial ownership on the overseas territories, which was not their initial policy,” Mr. Wheatley said.

He added that now is an especially important time for the territories to connect with new MPs and ensure their interests are addressed.

More than 47.5 million voters turned out for the UK election, a slight decrease from 2017.
Of the 650 seats in the House of Commons, the Conservative Party won 365, far surpassing the 326-seat threshold to win control.

Conservatives drew nearly all their new seats from previously Labour-held areas. Labour lost 59 seats compared to 2017, making it the party’s worst outcome since 1935.

Corbyn, who said he will not lead the party in future general elections, pledged to reflect on the outcome and decide how to better carry forward the party’s core policies.

“This is obviously a very disappointing night for the Labour Party with the result that we’ve got,” Mr. Corbyn said Friday during a post-election speech. “But … in the election campaign we put forward a manifesto of hope, a manifesto of unity, and a manifesto that would help to right the wrongs and the injustices and the inequalities that exist in this country.”

He said although his party’s policies have “huge popular support all across this country,” the issue of Brexit proved to be polarising and a key factor in how people voted.

“It has overridden so much of our normal political debate,” Mr. Corbyn said.

With a majority-led parliament supporting Brexit, the VI and other overseas territories can more conclusively plan for the future. But question marks remain.

For OTs, the Brexit fallout could mean the loss of travel privileges in the EU, loss of financial aid for sustainability projects, and loss of a voice on bodies such as the European Commission.

Prior to the election, Dr. Clegg also pointed to the euro’s fluctuating value as a long-term issue to monitor after the elections.

“With the uncertainty about the UK’s position in relation to the EU, the pound has weakened,” he said. “It therefore makes it more ex- pensive for British tourists to go over to the Caribbean. There is some evidence that tourist numbers have declined a little bit coming from the UK because of the uncertainty.”

As for what OT residents can take away from this election now that it’s over, Mr. Wheatley
said the VI should not be impeded by the UK in striking new economic agreements and partnerships.

“Rather, the UK should support and facilitate the BVI in doing so,” he said.

He particularly hopes to see support as territories independently negotiate trade agreements, he said, adding that the VI should consider becoming an associate member of United Nations Framework Convention on Climate Change and the UN’s Food and Agricultural Organisation.

“Assisting the BVI and other OTs in this way would demonstrate the new UK government’s desire to be a good post-Brexit partner,” Mr. Wheatley said.