The Department of Culture celebrated International Museum Day on Tuesday under the banner “The Future of Museums: Recover and Reimagine.” “Museums at their best are inspiring places,” Governor John Rankin …

END_OF_DOCUMENT_TOKEN_TO_BE_REPLACED 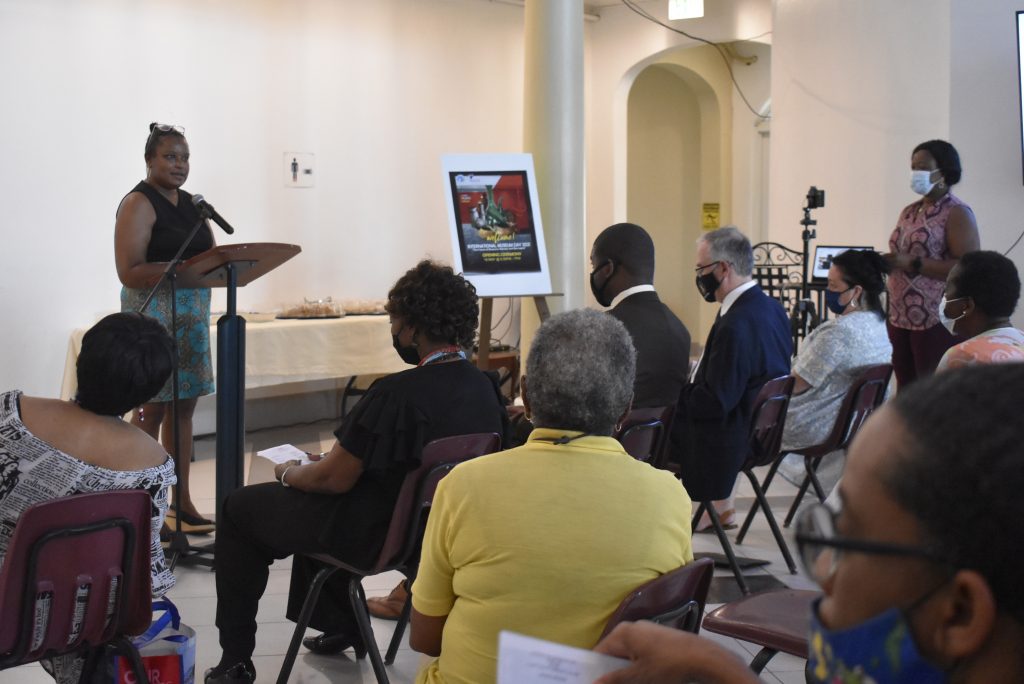 The Department of Culture celebrated International Museum Day on Tuesday under the banner “The Future of Museums: Recover and Reimagine.”

He also quoted American writer and illustrator Maira Kalman, who said, “A visit to a museum is a search for beauty, truth and meaning in our lives. Go to a museum as often as you can.”

Mr. Rankin shared his experience visiting the Theodolph Faulkner House Museum in Anegada, and said he was “hugely struck” by it.

“That small museum tells a very important story, one that to me as governor was very important to learn,” he added. “Museums should strive within their individual purpose and their context to tell the full story. We shouldn’t shy away from difficult or contentious aspects of our history.”

The opening ceremony was just one aspect of International Museum Day in the territory.

“I am wondering how many of us are aware that we have eight museums in the territory,” he said during a House of Assembly sitting last Thursday. “These museums are all very distinctive and cover various aspects of our beloved Virgin Islands heritage.”

Jenesis Studios is an arts and natural history museum at Fahie Hill with an “informative heritage garden,” and the North Shore Shell Museum in Carrot Bay has “an astonishing collection of shells” owned by Egbert “Shellman” Donovan, he explained.

Other museums include the Lower Estate Sugar Works Museum, the Virgin Islands Maritime Museum, Her Majesty’s Prison Museum, Old Government House Museum, and the Theodolph Faulkner House Museum. According to the deputy premier, there is also a “pop-up” museum in Long Look managed by the Long Look Heritage Society.

The Culture Department also hosted workshops for museum professionals on Monday and Tuesday.

Themes included “Writing Mission Statements and Developing a Collection Policy;” “Care of the Artefacts;” and “Introducing a Decolonising Paradigm into our Museums,” according to the minister.

Yesterday, the public was invited on a fundraising boat trip to Anegada, which included visits to the Theodolph Faulkner House Museum, the S. Vanessa Faulkner Botanical Garden, the Fishermen’s Wharf, the Conch Shell Mounds lookout, the Anegada Springs, and the Flamingo Lookout at Salt Heap Point.

“Can I just say that Anegada is a wonderful place to visit and that, in my opinion, the historical archaeology of Anegada, as well as its history of shipwrecks, rival any other such places in the world,” Dr. Wheatley said.

Today, the Department of Culture is scheduled to host virtual sessions with sixth graders across the territory “in order to introduce them to our museum world,” Dr. Wheatley said.

The department will lead the students through immersive virtual sessions that it has been working on developing.

A museums expo will be held tomorrow at the Elmore Stoutt High School featuring artefacts and photographs of all the museums in the territory.

He also said he’s met with the departments of Education and Culture about “deficiencies” in teaching history and culture in the curriculum and he hopes that the high schoolers will immerse themselves in “our museum world.”

On Saturday, a tour bus will “hop” to all the museums on Tortola from 10 a.m. to 4 p.m., starting at Her Majesty’s Prison Museum.

“Along the way, we will be learning interesting facts about our Virgin Islands history,” Dr. Wheatley said. “This is also a fundraising activity for our museums.”

The Department of Culture seeks to develop a Museums Policy, Dr. Wheatley noted.

“The decolonisation of mu- seums has become a worldwide movement as museums are seen implementing certain inclusive methodologies and praxis in order to tell a more balanced, just and inclusive story,” Dr. Wheatley explained. “Examples of initiating museums include the British Museum as well as the Hunterian in Glasgow.”

Following talks with the governor and Dr. Smith, the Old Government House could be the first of many museums in the territory to follow similar practices, he said.

Dr. Wheatley also explained that museums all over the world are looking to “imagine and create new practices.”

The International Council of Museums has been urging museums to focus on virtual experiences to tell historical stories.