Aniyah Wilkinson stomped her feet and let out a cry of victory over Khiry Creque on Sunday afternoon, finishing a section of a dance performed with no music. “We wanted …

END_OF_DOCUMENT_TOKEN_TO_BE_REPLACED 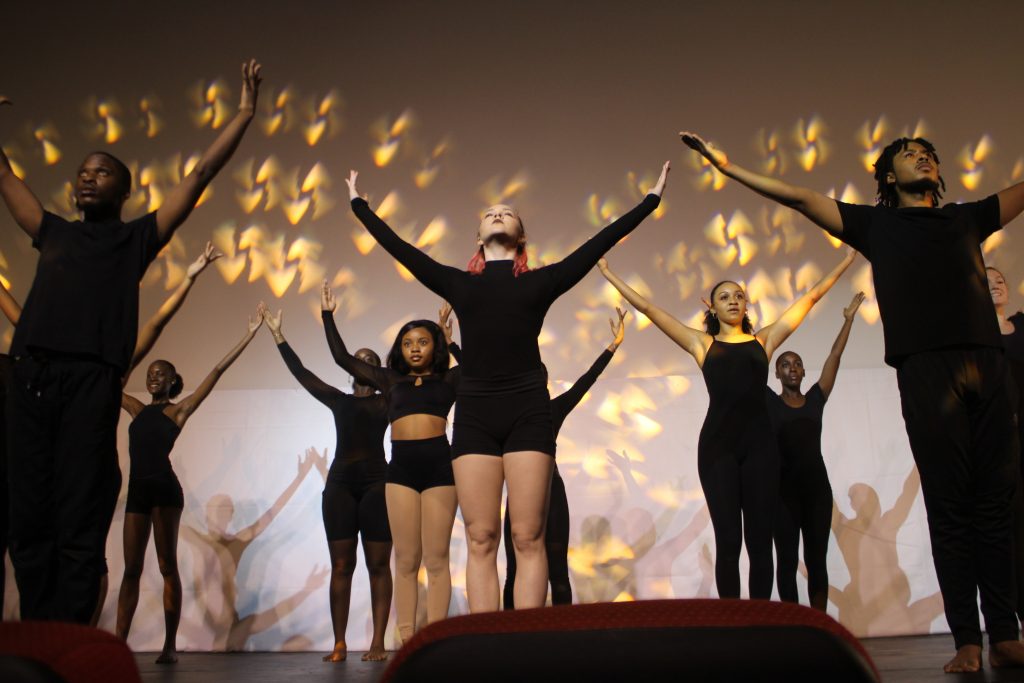 Aniyah Wilkinson stomped her feet and let out a cry of victory over Khiry Creque on Sunday afternoon, finishing a section of a dance performed with no music.

“We wanted you to hear their breath, the physicality behind what they do and the acting, and it can penetrate you better than the feeling you can get from music,” Sara Smith, one of the four performers who choreographed the dance, explained later.

Ms. Smith, Mr. Creque, Hakeem Gravesande and Shemar Trim worked together to create the show “Samsara,” and they launched it at U.P.’s Cineplex over the weekend.

It began with all the dancers on stage, asking the crowd questions like, “How many times have you said, ‘I love you?’”

Later performances included aerial dancing, a shadow sequence, and a closing song where each dancer showcased a particular talent.

As for Ms. Wilkinson’s piece with Mr. Creque, called “Silent Duet,” Ms. Smith said the dancers were given creative freedom dom to express their own emotions without a script.

“None of that was 100 percent choreographed, so it was different each time and it was real,” she said.

The production was the first time the four choreographers came together and created under the name Elivated Co.

“We would be in other people’s shows, but it would only be a little part,” Ms. Smith said. “But this one was fully us, using what we had and using each other. All of us had input, and we all bring something different that’s needed in our creations.”

The group held auditions last year, and Ms. Wilkinson knew she would attend as soon as she heard about them.

“There has never been something like this in the [BVI] that I knew of,” she said. “I’m used to seeing recitals and those types of dances in Tortola. I really wanted to be a part of something that was so different.”

The choreographers said the performance achieved what they set out to do.

“We want to change the way people view dance in the [BVI],” Mr. Gravesande said.

Due to popular demand, they hope to host another performance this summer, though they haven’t set a date.