The government of the Virgin Islands has officially purchased disaster insurance policies with the Caribbean Catastrophe Risk Insurance Facility Segregated Portfolio Company, according to a CCRIF press release. Until this …

END_OF_DOCUMENT_TOKEN_TO_BE_REPLACED 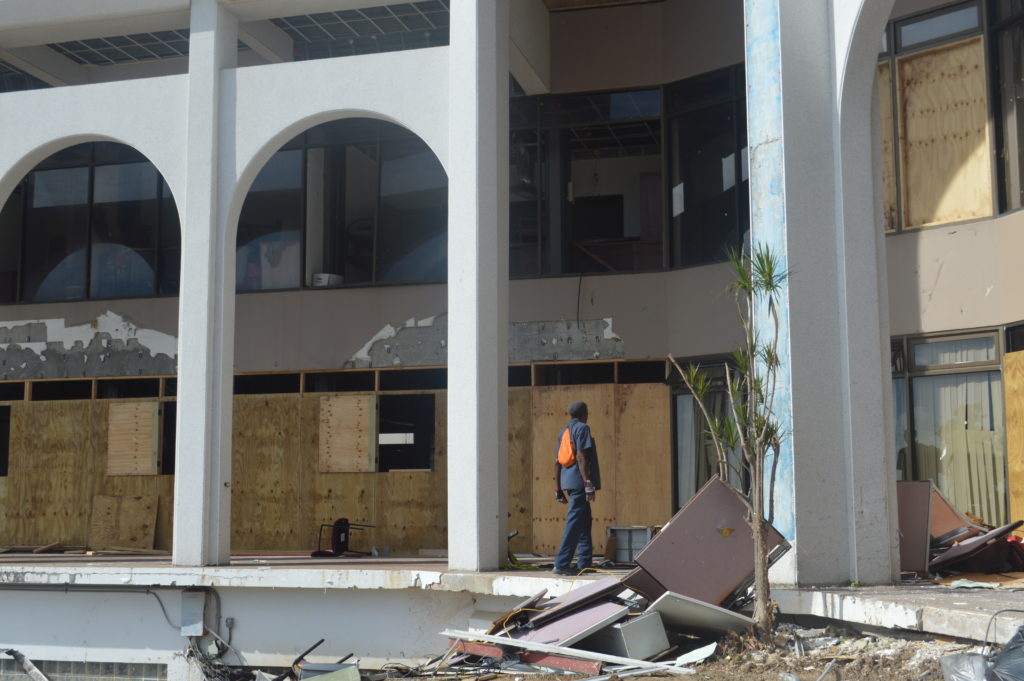 The Central Administration Building, above, was central government’s only insured property, though select other properties belonging to statutory bodies — including the Terrance B. Lettsome International Airport — also had insurance. (Photo: CONOR KING DEVITT)

The government of the Virgin Islands has officially purchased disaster insurance policies with the Caribbean Catastrophe Risk Insurance Facility Segregated Portfolio Company, according to a CCRIF press release.

Until this point, the VI had chosen not to participate in the multi-country risk pool — a decision that proved to be consequential in the aftermath of Hurricane Irma, when other disaster-battered jurisdictions like Dominica received quick CCRIF payments of up to around $20 million, but the VI received nothing.

The government purchased tropical cyclone, excess rainfall and earthquake coverage, all of which began on June 1, according to the press release.

Neither Communications Director Arliene Penn nor Financial Secretary Glenroy Forbes could be reached for comment regarding the value of those three policies or the cost of their respective premiums.

Montserrat also joined the facility on June 1, bringing the CCRIF’s jurisdictional pool up to 19 governments — 18 from around the Caribbean, as well as Nicaragua.

The Cayman Islands-based CCRIF — which began with a grant from Japan in 2007 — has shelled out a total of $130.5 million across 36 payouts, all settled within 14 days of the catastrophic events that triggered them, according to the press release.

Of that total, $83.6 million — 64 percent — was paid out for coverage relating to hurricanes Matthew, Irma and Maria.

“These countries all recognise that climate change is likely to exacerbate the impacts of hydrometeorological events — resulting in more frequent intense storms as well as greater variability in periods of excess rainfall and drought — and that the use of parametric insurance can be applied to strengthen their climate resilience,” the press release stated.