In his first address as premier of the newly relaunched Virgin Islands Youth Parliament, Kevin Fahie pledged to be a role model. “Now more than ever, the territory’s youth need …

END_OF_DOCUMENT_TOKEN_TO_BE_REPLACED 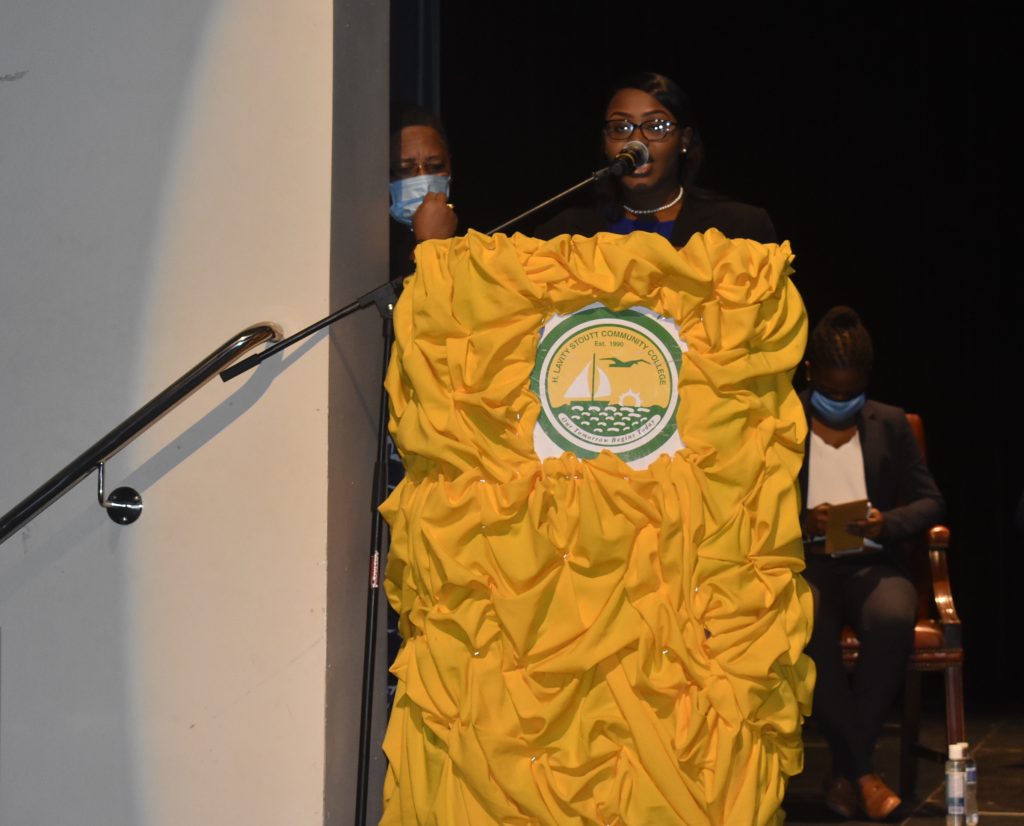 The newly sworn-in 23 members of the Virgin Islands Youth Parliament shared their excitement about the programme during a revival celebration on Tuesday at H. Lavity Stoutt Community College. (Photo: JOEY WALDINGER)

In his first address as premier of the newly relaunched Virgin Islands Youth Parliament, Kevin Fahie pledged to be a role model.

“Now more than ever, the territory’s youth need examples of strength, good character and leadership,” he said Tuesday, when he and 22 other VIYP members were sworn in during a ceremony at the H. Lavity Stoutt Community College.

As the fourth House of Assembly navigates an unpredictable year of emergency sittings to address the Covid-19 pandemic and debates about the future of the Constitution, the young parliamentarians are joining it to learn about democracy. 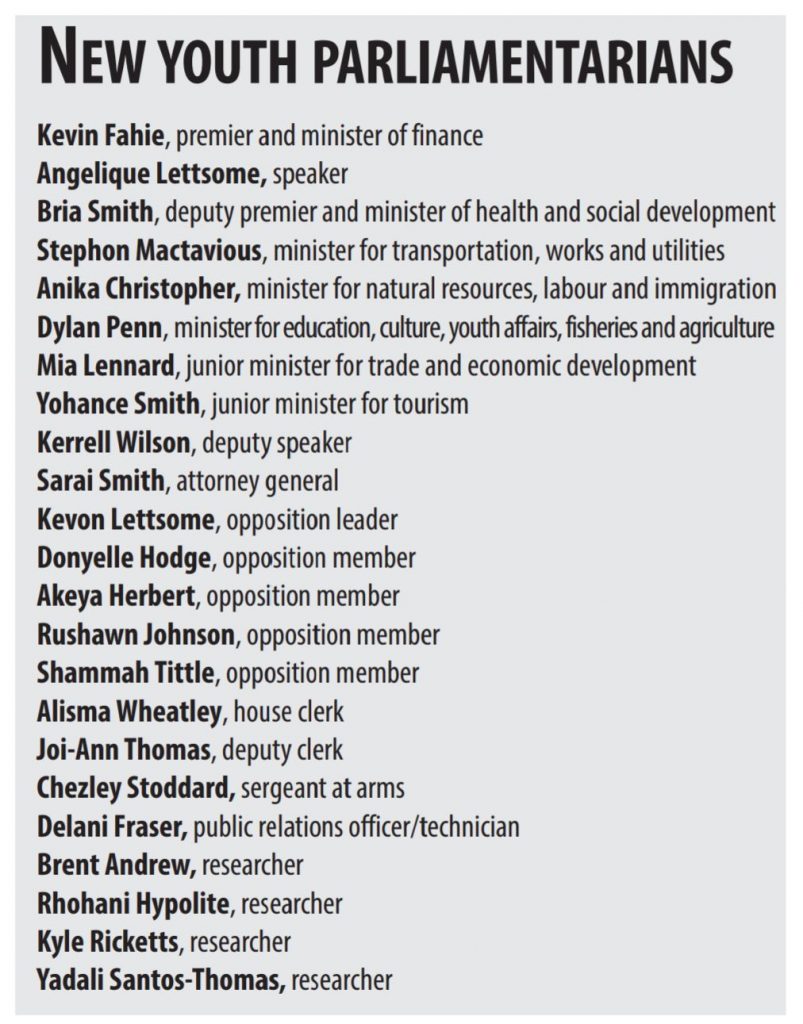 Government initially established the programme in 2015, providing participants ages 15 to 29 the opportunity to practise governance.

A revival was proposed by the new government in June 2019, and a few changes were made.

Members ages 18 to 35 can now participate, and each of the elected HOA members, as well as the House speaker and the government’s director of youth affairs, had the opportunity to nominate participants, rather than leaving the decision solely to the minister of education.

An ad hoc committee of legislators is now responsible for overseeing the programme.

Plans to restart the VIYP were set for earlier this year but temporarily delayed.

During the relaunch on Tuesday, HOA Speaker Julian Willock, who also chairs the VIYP Management Committee, said the body will mirror how the House works, with members assuming the responsibilities of different portfolios like education and natural resources.

“The Virgin Islands Youth Parliament is now composed of a cohort of up to 40 young people, drawn from all islands in the territory,” Mr. Willock said.

In preparation for the launch, nominees participated in a series of workshops to learn about governance.

As the speaker welcomed the initial 23 youth parliamentarians, he gave them kudos for taking one lesson to heart already — dressing for success.

But in the workshops, they also learned the ins and outs of the HOA Standing Orders, the Constitution, the history of the legislature, the art of debate and public speaking, the Cabinet, and the roles of the speaker, premier, opposition leader and clerk, among other topics.

Mr. Fahie said he found the training insightful and beneficial to his preparations for serving as the premier of the Youth Parliament.

“I count it as an honour to be working with some of the territory’s best and brightest young people,” Mr. Fahie said. “We are truly poised to make a difference and lead the next generation.”

VIYP Opposition Leader Kevon Lettsome, who like HOA Opposition Leader Marlon Penn is from the East End community, said he and his peers thought having such an opportunity was impossible, but the day’s celebration was proof of the possibility. He looked forward to utilising that chance as a way to facilitate positive change in the territory.

“This opportunity given to us is one we will cherish as proud Virgin Islanders,” Mr. Lettsome said.

Offering his congratulations to the incoming members, who joined in the HOA’s 70th year, Deputy Premier Dr. Natalio “Sowande” Wheatley said they will confront issues that have great importance to VI society.

“As you assume your duties and conduct the affairs of your office, be ever mindful that there was a time when our people could not participate in that essential democratic process,” Dr. Wheatley said. “Your training in the rules and procedures in the House of Assembly and in the art of debate is not for your own self-aggrandisement. Though it might even prepare you for a career in politics, the more significant task for which you are now responsible is to champion the cause of democracy.”

Mr. Willock said once the HOA, which was prorogued on Oct. 2, resumes its sittings, the management committee will finalise the VIYP handbook and work programme.