If a tsunami were to form in the Caribbean, several countries and territories would take very similar steps to respond. In the Virgin Islands and abroad, residents would know how …

END_OF_DOCUMENT_TOKEN_TO_BE_REPLACED 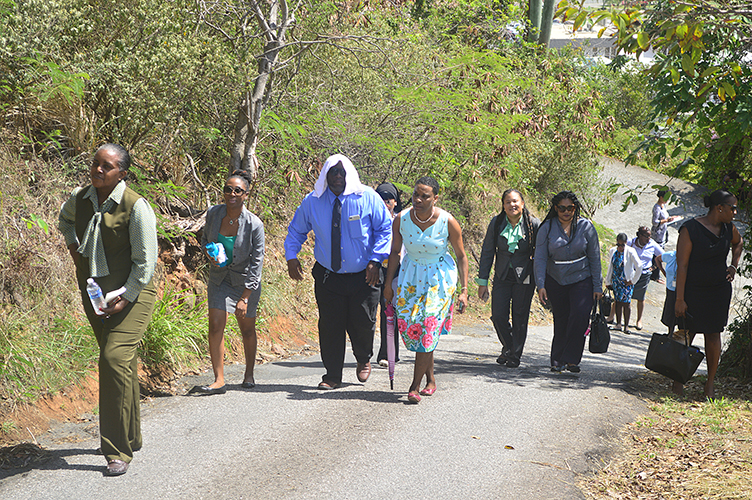 If a tsunami were to form in the Caribbean, several countries and territories would take very similar steps to respond.

In the Virgin Islands and abroad, residents would know how to follow evacuation signs to reach higher ground, disaster officials would systematically inform the community of the danger, and sirens would sound.

This coordinated response is possible in part thanks to standard guidelines set out by the United States National Weather Service’s Tsunami Ready initiative, a voluntary community recognition programme that promotes tsunami preparedness.

The VI’s Department of Disaster Management officially received its Tsunami Ready certification in 2014, and it was renewed in 2017.

However, there is no Caribbean-wide, in-depth checklist and certification the DDM can utilise in order to prepare for other natural disasters like hurricanes (though, of course, the agency regularly provides its own information and tips on how to respond).

Ms. DaBreo said the DDM is looking to work with regional partners to create standard guidelines for natural environmental hazards other than just tsunamis.

“People became accustomed to getting ready for tsunamis,” she said. “And I think a lot of the practices that [the National Weather Service] promotes through the Tsunami Ready programme are practices that can be used for other hazards.”

DDM is in discussions with groups like the Caribbean Disaster Emergency Management Agency to potentially devise a similar version of the Tsunami Ready blueprint for other disasters.

“[The Tsunami Ready certification] really helped us advance our preparations for tsunamis and earthquakes. … We have the technical element of it, the PR element of it, the media connection element of it, and we have the actual readiness steps that individuals need to do,” Ms. DaBreo said. “Where we are at this stage, we need to be able to have some checks and balances [for other hazards] in terms of what we’re doing and whether that is actually leading to a state of readiness.”

Though a formal set of guidelines does not exist on a regional scale, DDM is still warning residents to “be ready and stay ready” as part of an awareness campaign this hurricane season.

The director reminded the community that hurricane readiness should be a personal mission, too.

“It’s not government’s responsibility to get you ready,” she said. “Government plays a certain role, but even if government sets those plans and programmes, even if we go down to legislation [or] enforce certain things, the readiness aspect has to do with how people live and how they function and what people do for their own personal protection.”

But the DDM’s challenges since Irma include destroyed tsunami warning equipment.

In January, no sirens sounded when a 7.6 magnitude earthquake struck north of Honduras, prompting a brief tsunami advisory to be issued for the territory.

Instead, DDM had to rely on disseminating information through other channels, including its website and social media.

“If we were in August, we would not have an issue getting information out,” Ms. DaBreo said at the time. “The reality is the networks have been destroyed and basically we’re handicapped; we’re using everything that is available to us.”

To combat the issue, new equipment and tsunami evacuation signs are set to be installed in the territory.

Repairs were made to the Russell Hill siren in March, and more equipment is due to arrive in the territory by the end of July, Ms. Dabreo said on Tuesday.

Government is paying for eight sirens, she said, and two additional ones will be funded by a Caribbean Development Bank grant.

A few tsunami signs remain after the hurricane — including one near Cedar International School — and the UK Foreign and Commonwealth Office is funding the replacement of other signs that were lost, Ms. DaBreo confirmed.

The director estimated that those signs would arrive in a few weeks.

Luckily, amid hurricane-damaged equipment and signs, specific disaster plans that government departments and statutory bodies created prior to the storm as required by the Disaster Management Act helped safeguard some important data.

“For instance, the Department of Information Technology spent a lot of time working on how to protect government records and information. And the use of the cloud was something that they encouraged,” Ms. DaBreo said. “The same thing happened with the Town and Country Planning Department with their Geographic Information Systems database: They used a lot of cloud protection measures to secure their data.”

Because those records were backed up digitally, government was able to restore many functions much more quickly after Irma, the DDM director said.

“What we saw is that within days of impact, we were back up and running to some extent in some areas,” Ms. DaBreo said. “We were able to access the majority of the information that we needed. A lot of the national data we were able to use for a damage assessment and for really defining the level of impact.”