Though the pandemic threw a wrench into the Department of Culture’s plans to produce an exhibition at the Ralph T. O’Neal Administration Building and several satellite locations, the agency got …

END_OF_DOCUMENT_TOKEN_TO_BE_REPLACED 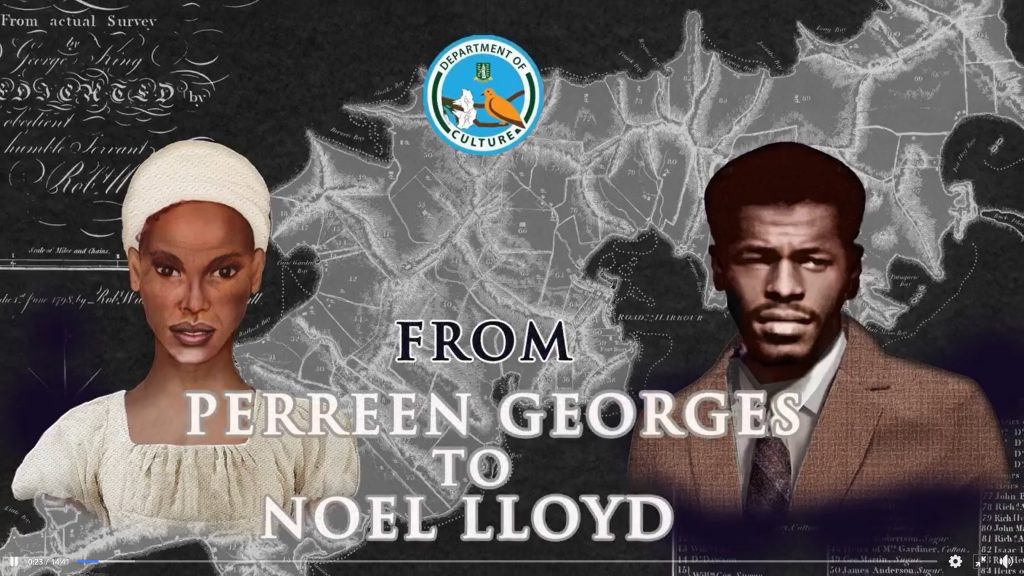 The Department of Culture recently produced a two-part virtual exhibit about heroes of the Virgin Islands, viewable on the department’s Facebook page. (Photo: DEPARTMENT OF CULTURE FACEBOOK PAGE)

Though the pandemic threw a wrench into the Department of Culture’s plans to produce an exhibition at the Ralph T. O’Neal Administration Building and several satellite locations, the agency got creative during the recent lockdown.

The department recently created a series of virtual exhibits featuring the Virgin Islands’ arts and heritage on its Facebook page. The most recent installment in the series titled “From Perreen Georges to Noel Lloyd: Heroes and Freedom Fighters” was published June 5.

“It is so good to be able to place our journey and struggle in the worldwide context,” Education, Culture, Youth Affairs, Fisheries and Agriculture Minister Dr. Natalio “Sowande” Wheatley said June 11 in the House of Assembly.

Dr. Wheatley said the series is an accessible way for more people to learn about the territory’s history, detailing the trial of a planter, rebellions, revolutionary conspiracies, uprisings, grand marches, and positive movements.

Dr. Wheatley said the ministry also will be reviewing how the territory’s history, heritage and culture is taught in schools.

Meanwhile, the Culture Department is collaborating with the BVI Tourist Board to further develop the Lower Estate Sugar Works Museum.

The estate, built by the McCleverty enslaved people, produced sugar until the 1940s.

Dr. Wheatley said the museum will recount the history of the estate, but also tell a wider story of VI history