Last Thursday, Bougainvillea Clinic announced the first successful open-heart surgery completed in the territory. “We did it. We did it under constraints, but we were successful, and I’m really proud …

END_OF_DOCUMENT_TOKEN_TO_BE_REPLACED 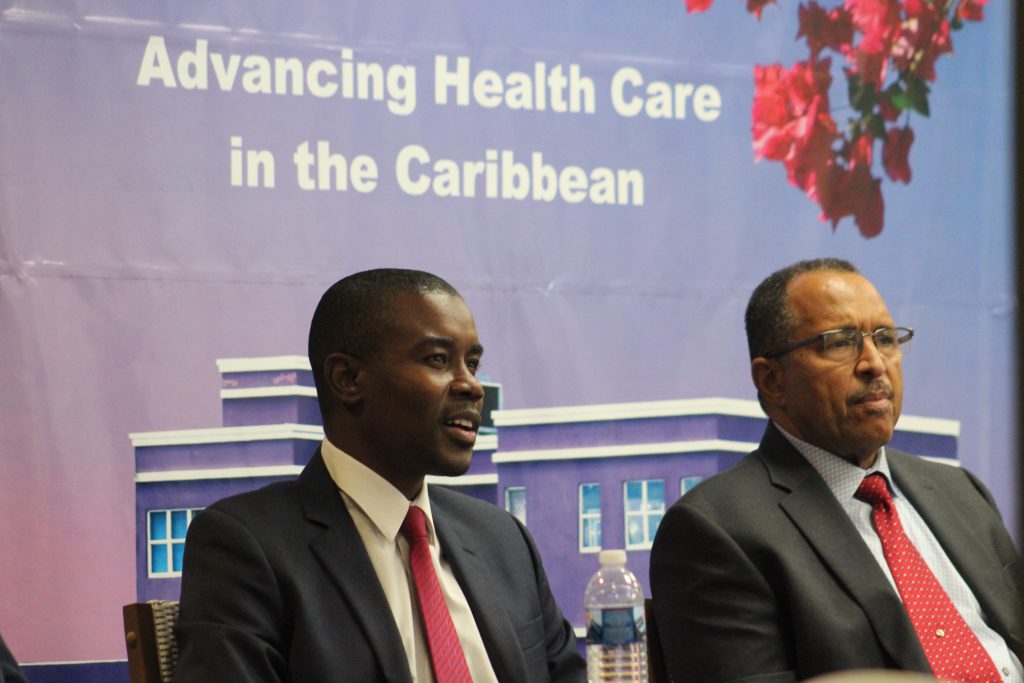 “We did it. We did it under constraints, but we were successful, and I’m really proud of my team,” clinic manager Angela Williams said during a press conference. “We gave birth to the first open-heart surgery in the [Virgin Islands] and eastern Caribbean with the exception of Barbados and St. Croix.”

The surgery was performed on Nov. 16 by resident cardio-thoracic surgeon Dr. Rodger Miller with the help of Dr. Sunil Stephenson, who is a visiting surgeon from the University Hospital in Jamaica, and resident Virgin Islander anaesthesiologist Dr. Craig Stoutt.

All three are graduates of the University of the West Indies. During the press conference, the team and clinic owner Dr. Heskith Vanterpool explained how the surgery was carried out.

In open-heart surgery, a patient’s chest is cut open and surgery is performed on the muscles, valves or arteries of the heart. In this instance, a valve was replaced.

“Imagine that the heart has four rooms — two on one side and two on the other side — and there is one way in and one way out on each side,” Dr. Miller explained. “The problem is that there is something stopping the exit door from opening. Blood is getting in, but it can’t go out properly. Our objective was to fix this door.”

Dr. Miller said the total operating time was a little over four hours.

“I must say the procedure went very well,” he said, adding, “My view for this procedure and what it means for us as a country is that even though we’re a small country, it doesn’t mean we can’t achieve big things.”

At the ceremony, a video showing the operating room and scenes throughout the surgery played on a screen.

Ms. Williams said that the process to prepare for open-heart surgery began in 2018. It included purchasing machines and supplies, finding the right doctors, and ensuring that the clinic was ready to handle the new procedure.

Once the pandemic hit in 2020, however, the process was delayed amid travel restrictions, and this year the procedure was originally scheduled for Oct. 16 but pushed back a month, Ms. Williams explained.

The pandemic, she added, has encouraged people who usually travel to other places for medical procedures to seek medical attention closer to home.

Last Thursday, clinic personnel said the patient was recovering well. Though she was attached to a ventilator at the Intensive Care Unit overnight, she was breathing on her own for most of that time, they said.

“The patient was able to communicate in a normal voice and was able to move without difficulty in bed the following morning,” the clinic stated in a press release. “It is anticipated that she should be discharged from the hospital within five or seven days, the latter few days necessary to get her blood thinned into the desired range.”

Both Dr. Miller and Ms. Williams thanked the National Health Insurance programme for supporting the procedure, which they said typically costs between $100,000 and $150,000 in the United States.

The cost here, which they didn’t disclose, was largely offset by NHI, they said.