After some 15 months of renovations, Virgin Islands Search and Rescue reopened its Virgin Gorda Base Station with a ceremony on April 13. “Since its establishment in 1988, VISAR has …

END_OF_DOCUMENT_TOKEN_TO_BE_REPLACED 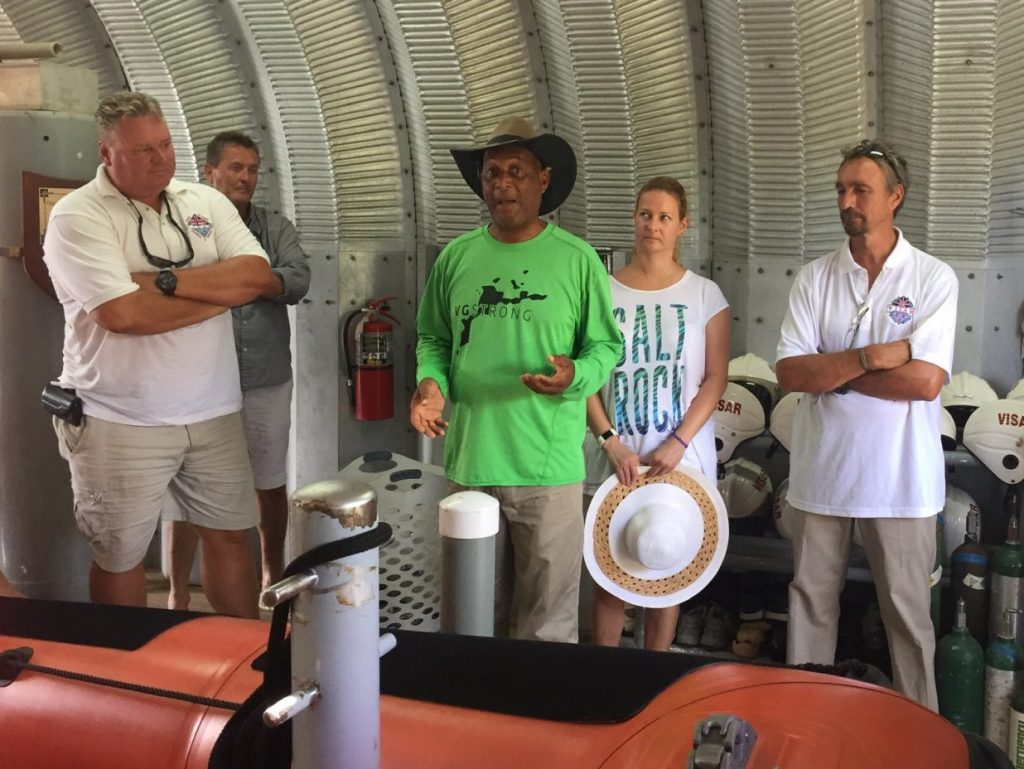 After some 15 months of renovations, Virgin Islands Search and Rescue reopened its Virgin Gorda Base Station with a ceremony on April 13.

“Since its establishment in 1988, VISAR has been and is there for bare boaters and residents alike,” Natural Resources, Labour and Immigration Minister Vincent Wheatley said during the event. “Their dedication is exemplary and the BVI are very lucky to have such a first-class marine rescue service available.”

For about two months after Hurricane Irma, Mr. Wheatley added, the VISAR vessel Gorda Peak was the only medical evacuation option to take VG residents to Peebles Hospital.

“She is getting up in years and I am looking forward to a new boat being ordered this year,” he said.

VISAR President Gerard Kraakman described the VG base as a crucial part of the organisation’s operations.

“Its crew of volunteers covers all incidents in the eastern part of the BVI,” he said. “This base station is an imperative part not only of the Virgin Gorda community but the entire BVI.”
Lars Giersing said the VG team won’t stop with the base renovations.

“Within the next year or so we plan to purchase a new rescue vessel, for which the funds have already been secured by generous grants, mostly from the bigger establishments in North Sound, such as Oil Nut Bay, Necker Island, Bitter End Yacht Club, and Eustatia Island,” he explained.

The new boat, he said, will be bigger than Gorda Peak and better able to handle the rough sea conditions that often occur in the vicinity of Anegada.

To help with the base renovations, VISAR also received a grant of $4,500 from Sail Aid UK and additional support from several VI companies.

As of April 13, VISAR’s VG crew had responded to 10 calls so far this year and dedicated a total of 129 man hours to assisting people in need, not including training and meetings of 75 man hours, according to the organisation.