US Department of Justice: Virgin Islanders arrested for coke possession near St. Croix

Three Virgin Islanders and a Dominican Republic man were arrested Jan. 9 after United States law enforcement seized roughly 667 kilograms of cocaine from their vessel near St. Croix, according …

END_OF_DOCUMENT_TOKEN_TO_BE_REPLACED 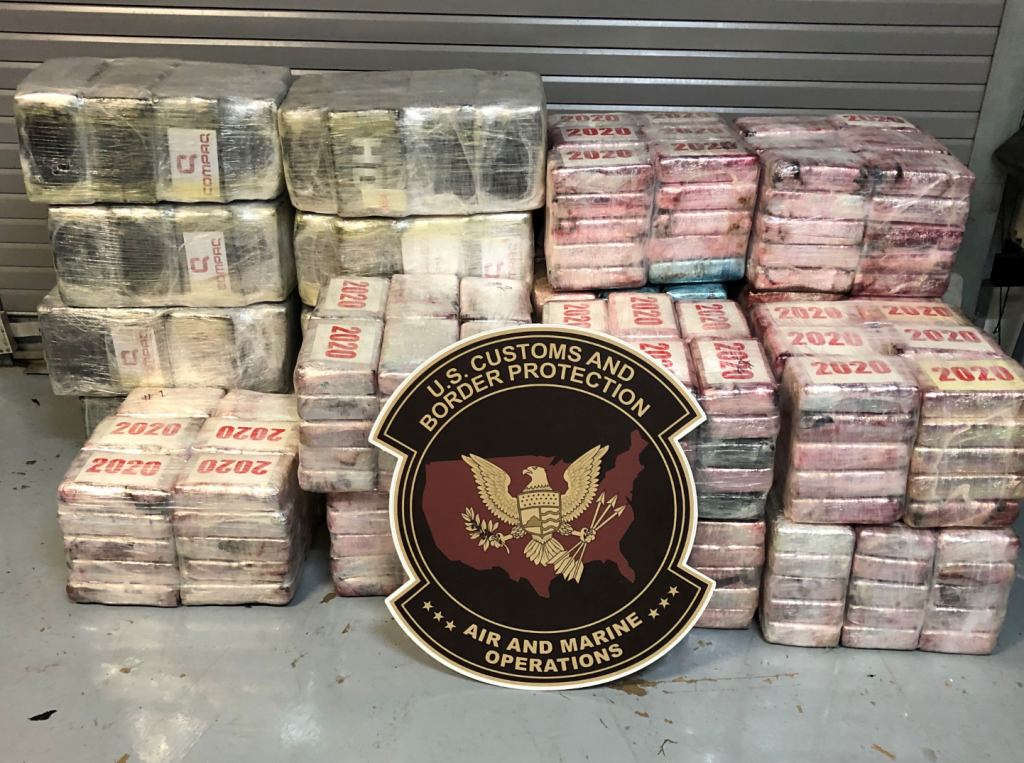 After United States law enforcement agents seized 667 kilograms of cocaine off St. Croix on Sunday afternoon, three Virgin Islanders could face sentences up to life in prison for drug and conspiracy charges, according to the US Department of Justice. (US Customs and Border Protection)

Three Virgin Islanders and a Dominican Republic man were arrested Jan. 9 after United States law enforcement seized roughly 667 kilograms of cocaine from their vessel near St. Croix, according to a Monday press release from the US Department of Justice.

Virgin Islanders Shannon John, Sean John, and Emmanuel Tolentino-Lebron, as well as DR national Augusto Rodriguez-Molina, were charged with possession with intent to distribute more than five kilos on a covered vessel and conspiracy, according to the DOJ.

A Monday press release from US Customs and Border Protection stated that an aircraft on patrol over the easter side of the USVI spotted a twin-engine boat travelling at high speed and carrying suspected contraband on the deck.

With support from the aircraft crew, a CBP interceptor and US Coast Guard vessel stopped the go-fast boat about 20 miles east of St. Croix and arrested the four passengers, according to the CBP.