Residents have cleaned up most of the thousands of cans of Diet Coke that washed ashore recently near Paraquita Bay, but volunteers with boats are still needed to help reach …

END_OF_DOCUMENT_TOKEN_TO_BE_REPLACED 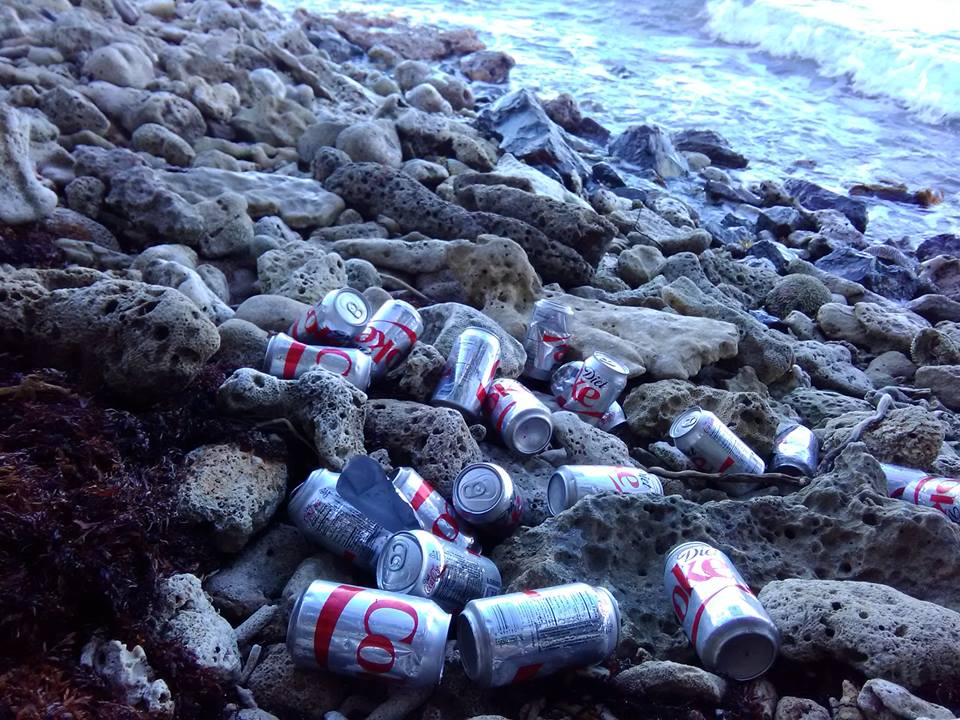 The thousands of Diet Coke cans that washed ashore on Tortola have mostly been cleaned up, but volunteers with boats are needed to reach less accessible areas. (Photo: NANCY WOODFIELD PASCOE)

Residents have cleaned up most of the thousands of cans of Diet Coke that washed ashore recently near Paraquita Bay, but volunteers with boats are still needed to help reach less accessible areas, according to Nancy Woodfield Pascoe, the deputy director of the National Parks Trust.

“The beach in front of our house is cleared,” said Ms. Woodfield Pascoe, who has been renting a house in the area while her property is being repaired post-Hurricane Irma.

However, she and other residents are still looking for volunteers with boats who can help access the shore near the Paraquita Bay hurricane hole.

Ms. Woodfield Pascoe reported finding whole cardboard cases that had ripped open upon hitting the rocks. Their weight made them difficult to move.

“We thought we’d open them and tip them over, but [the cases are] huge,” she said. “And then we tried to burst them open and we were being sprayed in Diet Coke.”

Ms. Woodfield Pascoe said she and her husband were eventually able to move the big cases up to their house and throw them out.

She added that volunteers from Sotheby’s International Realty offered to help clean up the rest, but they were beaten to the punch.

“Other volunteers had gone ahead without contacting me and just did, which is fantastic,” she said. “So now we just need to clear the coast in front of the Paraquita Bay marine shelter.”

“The sell-by dates are in January and February,” she said.

That’s also what made her think the cans did not originate in the VI.

“At first my daughter was like, ‘somebody must be missing Diet Coke here,’” she said.

But likely the cans came from much farther out at sea, the NPT wrote on its Facebook page.

“This is the result of ocean garbage, probably washed off a cargo boat,” the NPT said in a post.

“Our stuff comes from containers” that are unlikely to be “busted up in the ocean,” he said, adding that if that happened “it would be national news, not just local.”

Ms. Woodfield Pascoe added, “I was talking with someone this week who said he was on Anegada once years ago and found loads of Sprite washed up on the North Shore and it was in Chinese. So oceans’ currents can bring things from far away.”