Social media and the Progressive Virgin Islands Movement were the main reasons for the National Democratic Party’s loss in the Feb. 25 election, according to NDP Chairman Myron Walwyn. At …

END_OF_DOCUMENT_TOKEN_TO_BE_REPLACED 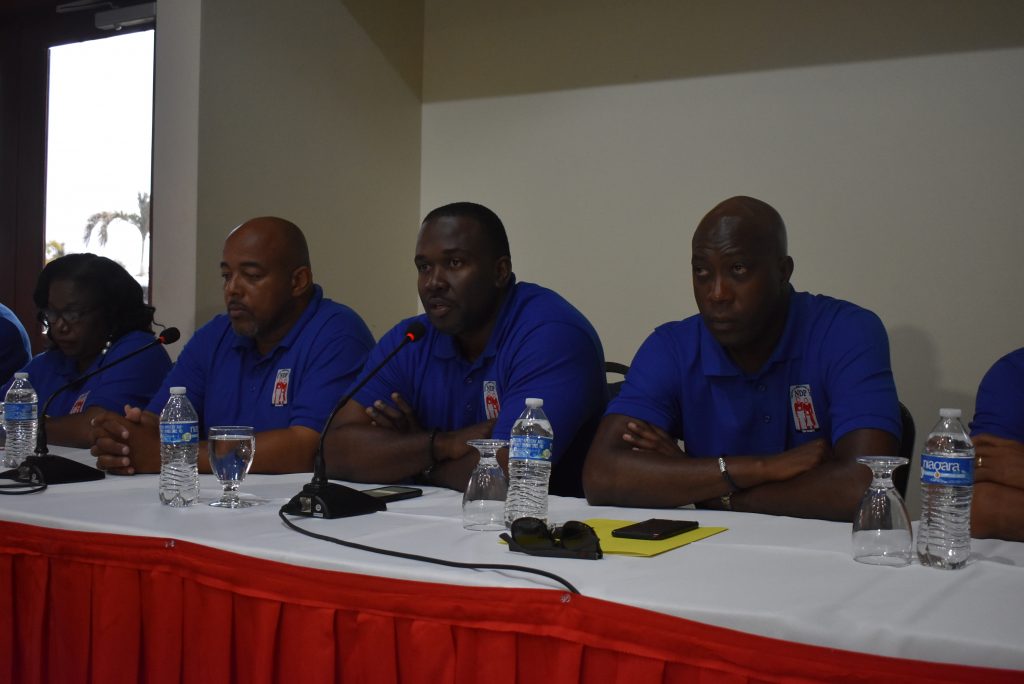 At a press conference on Friday, National Democratic Party chairman Myron Walwyn, right, blamed the “exodus” of voters to the Progressive Virgin Islands Movement as one reason for the NDP’s loss. (Photo: GENEVIEVE GLATSKY)

Social media and the Progressive Virgin Islands Movement were the main reasons for the National Democratic Party’s loss in the Feb. 25 election, according to NDP Chairman Myron Walwyn.

At a press conference on Friday, Mr. Walwyn also announced that he would stay on as NDP chairman.

In speculating on why his party suffered a decisive loss to the Virgin Islands Party after two terms in power, he blamed the formation of the PVIM for peeling away voters who otherwise would have supported the NDP.

“I really do believe if we didn’t have that exodus, we would have been the government of the Virgin Islands again for a third time,” he said. “I really do strongly believe that.”

Mr. Walwyn said the use of social media and the circulation of messages that were “defamatory in character” this election cycle warranted a review of defamation legislation.

He suggested strengthening such legislation so as to deter the dissemination of “defamatory” information on social media, which he said distracted voters from real issues.

“You might have to create a law somewhat that prevents persons from even forwarding information,” he said. “Because once you forward something that is defamatory, you also have created the same offence yourself.”

He added that he would like to see the new government take action on this issue, not for the sake of elections but “for the protection of ordinary citizens of the country.”

“What prevents anybody from writing anything defamatory about any one of us in this room now and sending it out?” he asked.

Mr. Walwyn added that he in particular was the subject of political vitriol this campaign season.

“I have never seen any political candidate targeted like I was over the past election,” he said. “I’ve never seen it.”