Myron Walwyn resigned as chairman of the National Democratic Party, according to a press release issued last week. In his letter of resignation he thanked the NDP for “entrusting its …

END_OF_DOCUMENT_TOKEN_TO_BE_REPLACED 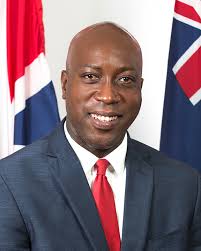 Myron Walwyn resigned as chairman of the National Democratic Party, according to a press release issued last week.

In his letter of resignation he thanked the NDP for “entrusting its leadership to him and for the overwhelming support he received during its tenure,” according to the May 21 statement.

He went on to say that he pledged to continue supporting the party and that he thanked those who served before him and the “members who have laboured faithfully with the party over the last 20 years.”

After he was elected chairman, the party split amidst infighting and the NDP lost its majority in the House of Assembly by losing eight seats in the Feb. 25 general election.