Walwyn takes the reins of the National Democratic Party

END_OF_DOCUMENT_TOKEN_TO_BE_REPLACED 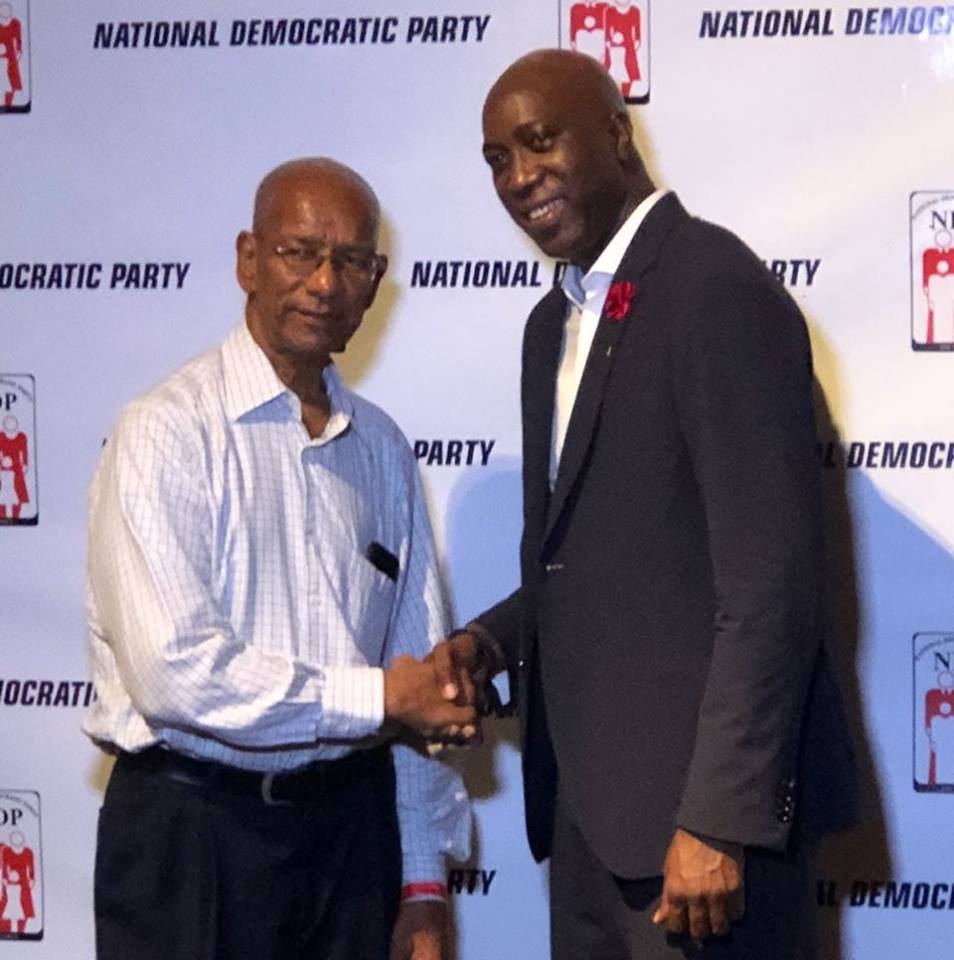 Mr. Walwyn (R-at large) is the party’s first new president since its inception in 1999. The role had previously always been held by Premier Dr. Orlando Smith (R-at large), who chose to not to run again in Saturday’s intraparty election.

The switch — which wouldn’t have any impact on the actual roles — is a formality designed “to get in conjunction with other party organisations around the world,” explained Dr. Turnbull, who is now the vice president.

Messrs. Walwyn and Penn are likely to serve in the roles of premier and deputy premier, respectively, should the NDP win the next general election — though that is not certain.

Dr. Smith has also been unclear about his intentions for the upcoming general election, which will happen no later than next August.

In a broadcasted statement last Monday, Dr. Smith (R-at large) explained that his decision not to run for the presidency would mean a change in standard-bearer for the NDP at the next general election.

“And while my journey as the premier and leader of the territory will come to a close at the end of this government’s term in office, the mission that was launched so many years ago lives on,” he said.

At a press conference two days later, however, the premier told reporters that he hadn’t yet made a decision about whether he would contest the general election or not, despite his choice not to run again for the party presidency.