The first barge scheduled to export hurricane debris off Tortola and away from the Coxheath dumpsite has been delayed. Department of Waste Management Manager Greg Massicote said that although the …

END_OF_DOCUMENT_TOKEN_TO_BE_REPLACED 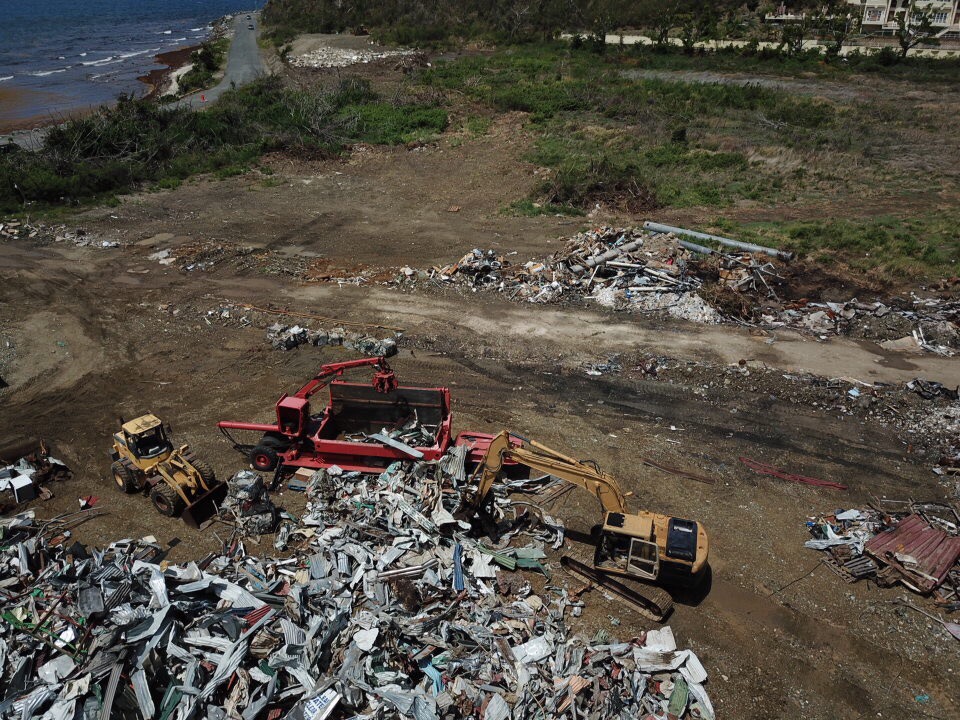 The first barge scheduled to export hurricane debris off Tortola and away from the Coxheath dumpsite has been delayed.

Department of Waste Management Manager Greg Massicote said that although the company Kausina VI originally confirmed a barge would arrive on Wednesday, “unforeseen delays” mean the date of arrival would be pushed back.

The DWM manager did not have further details about why the barge was delayed, but promised to relay the new arrival date when he receives it.

While scrap metal and recyclables have not yet left the territory, those materials are currently being processed in a baler in Coxheath in preparation to be exported.

The baler was “contracted by” Kausina VI and arrived a little over two weeks ago, Mr. Massicote said, though he added that he didn’t know if the company paid for the machinery.

Since then, he added, employees with the firm have been working at that site to process metal.

“However, there is a very long ways to go because the site is extremely loaded with scrap metal,” he said.

Kausina VI founder and CEO Walter Parker declined to comment about the work or whether he is currently in the territory.