Many people like the smell of bread baking, but JOMA Properties CEO Colin O’Neal prefers the smell of “freshly poured concrete,” he said. And Mr. O’Neal is looking forward to …

END_OF_DOCUMENT_TOKEN_TO_BE_REPLACED 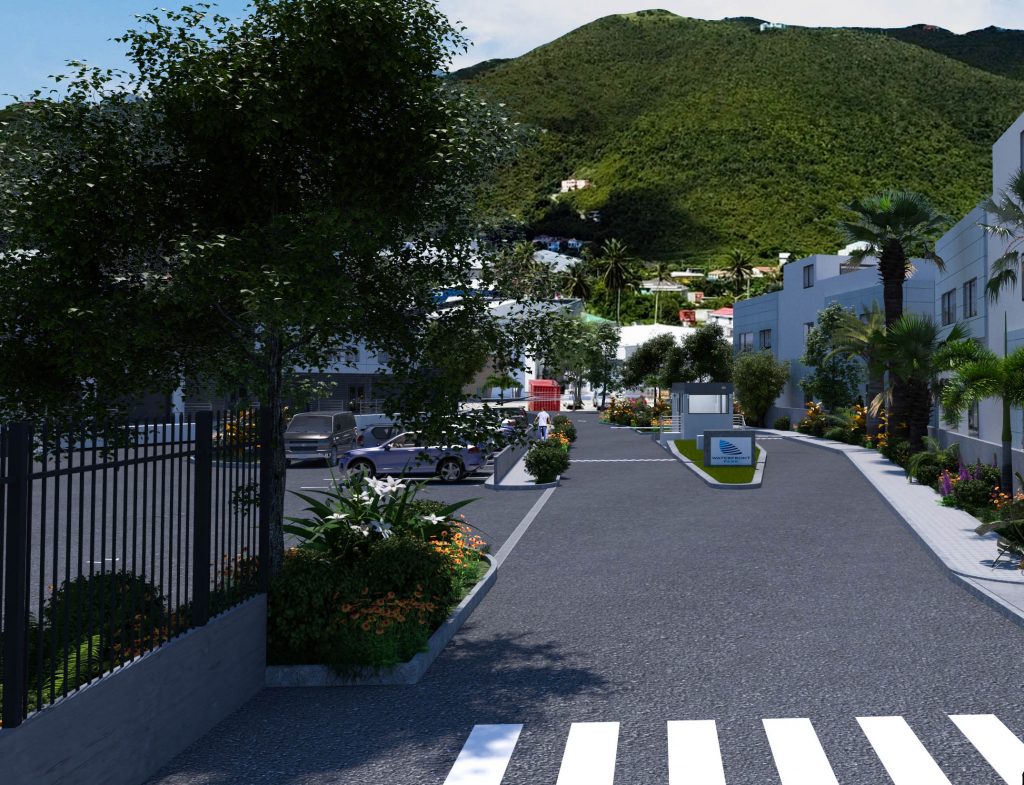 JOMA Properties’ planned Waterfront Park at Port Purcell will include commercial space (pictured above in an artist’s rendering), as well as a hotel, marina and office space. (Rendering: PROVIDED)

Many people like the smell of bread baking, but JOMA Properties CEO Colin O’Neal prefers the smell of “freshly poured concrete,” he said.
And Mr. O’Neal is looking forward to enjoying that smell again soon, when work begins  in January for Waterfront Park, JOMA’s planned mixed-used development in Port Purcell that he said is more than 50
years in the making.

At a Friday evening cocktail reception at Seven at the Pier geared toward potential tenants, Mr. O’Neal said all the planning and building approvals for the new complex have been granted.

The project, he added, will include two low-rise commercial buildings, a full-service marina, and a four-star, 65- room business hotel.

The development will soon go out to tender to a “shortlist of quality contractors,” he added.

Built on a structural steel frame with concrete masonry-infilled walls, the buildings will be located near a completely redesigned entrance to the Port Purcell estate, and designed for “versatility and resilience,” he said.

The project, for which JOMA is collaborating with the Virgin Islands branch of the architecture firm OBMI, will also involve destroying the
existing bulkheads in the area and constructing a new breakwater, according to Mr. O’Neal.

JOMA’s involvement in the area dates back to the 1960s, when Mr. O’Neal’s father J.R. O’Neal obtained the seabed rights with the aim of using it as an industrial site, Mr. O’Neal said.

In 1970, he added, the family began a long and costly land reclamation with the help of one of the same Dutch engineers who had led the reclamation of Wickhams Cay.

“With great excitement as a boy, I remember seeing the sun rise as it emerged from the sea as the dredging progressed, and it was exciting for me to watch the piles driven for the port,” Mr. O’Neal recalled.

Over the years, he said, warehouses and businesses sprang up in the area, but he and his father still hoped to find the site’s “highest and best use.”

Plans for the current development date began a decade ago, “when the infinite growth in the financial services sector seemed to be practically limitless,” Mr. O’Neal said.

Since then, circumstances forced the developers to rethink the plan several times and pivot from an initial focus on offices and retail to hospitality.

“The long-term future of the BVI depends on the development of the hospitality sector, and the hotel will support both the marina as well as provide some much-needed capacity to the business hotel market,” he
said. “So we took a good look at the estate and determined that the western end, where we had waterfront, would best be developed around hospitality … with ‘highest and best use’ as our North Star.”

Groundbreaking is now set to begin on the two commercial buildings, though Chief Operating Officer Fayola Wilson-Creque said the timelines for the Waterfront Park development will encompass “several years.”

The hospitality segment “will be the largest and most complex element, and actual time is contingent on some factors that are actually outside of our control — things like the degree to which travel markets
open and hotel occupancy stabilises,” she said.

In the meantime, she added, the company is seeking potential tenants both for first-floor retail space — such as retail boutiques, coffee shops and florists — and second-floor office space.

Mr. O’Neal observed that real estate development is not just about “processes and programmes.” Rather, he said, “It’s about maintaining a sense of optimism” and “confirming BVI as a place to do business.”

“By bringing properties like this to the market, we provide a catalyst for growth among other developers as well,” he said.