Close collaboration between residents and planners will be key to making sure the design of the new West End ferry terminal fits the community’s needs, residents said during an Aug. …

END_OF_DOCUMENT_TOKEN_TO_BE_REPLACED 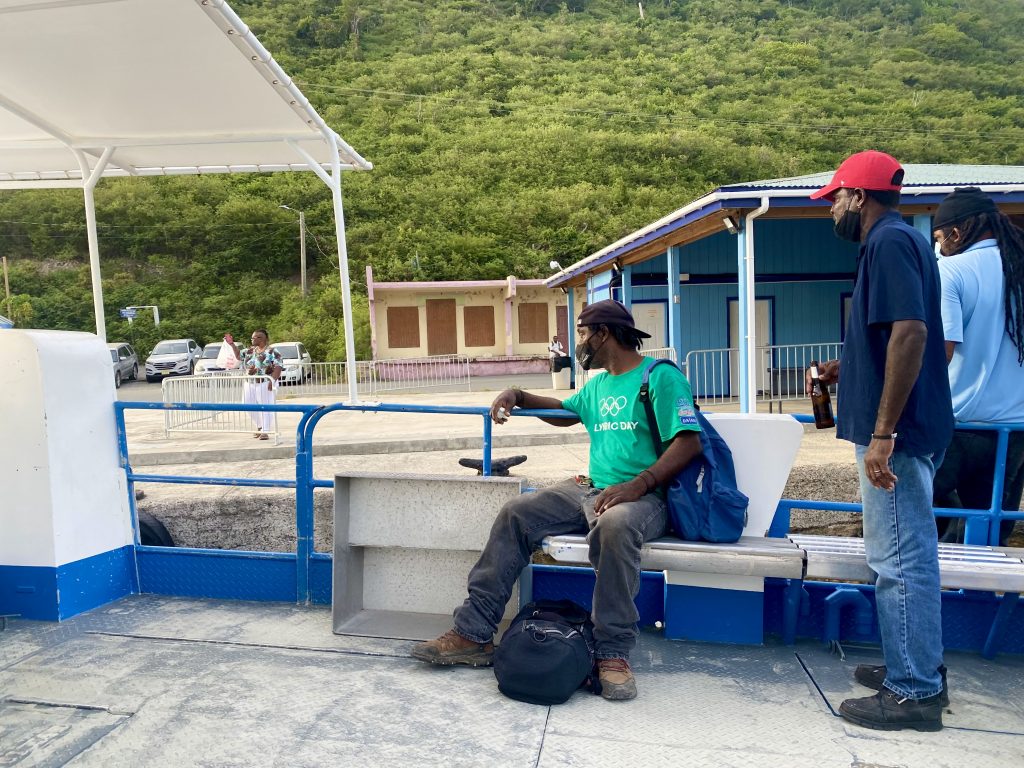 Close collaboration between residents and planners will be key to making sure the design of the new West End ferry terminal fits the community’s needs, residents said during an Aug. 29 meeting concerning the planned facility. Premier Andrew Fahie announced last month that the project — which will be overseen by the Recovery and Development Agency — has a target completion date of 2024 following the award of a $1,048,909 contract to German firm Inros Lackner S.E. to design and manage the construction.

The discussion at the Leonora Delville Primary School centred around what exactly the project would entail, especially given the change in scale of different plans since 2010.

Mr. Fahie, who represents the First District, recounted how a temporary facility was built about two years after the former terminal was destroyed by Hurricane Irma.

“But not long after that came Covid-19, and the rest is history,” he said.

He added that funding for the main construction has already been secured through the Caribbean Development Bank recovery loan, though he didn’t estimate the cost.

“The [RDA] can attest that we started with a few projects, and they were asking me, ‘Premier, where’s the money coming from?’ And they have seen over the last few weeks that we have been able to get donations towards projects, and that is how we move — we move in faith,” Mr. Fahie said at the meeting. “Because these things have to be done.”

Turning to the selection of a German-based firm to lead the rebuild, Mr. Fahie said not every contract can be awarded to VI companies, but he claimed that 89 percent of money spent by the RDA so far has gone to local contractors. He added that he would encourage Inros to hire within the VI wherever possible.

Mr. Fahie acknowledged on Sunday that various versions of the terminal project have started “lots of times” in the past, but he said he has confidence that it will move forward under Inro’s management.

The tendering for the construction contract, he added, should start within six months.

“I’m very excited about this project, because the commerce that comes through the West End area is huge,” he said. “The need for this to be modernised is significant.”

RDA Director of Planning Neil Smith spoke similarly at the meeting, noting that statistics show the West End location is one of the busiest ports in the territory.

He also reviewed the procurement process for the design phase of the project, for which the RDA shortlisted four bidders from the VI, Germany and Canada, as well as a United Kingdom-Jamaica consortium.

Inros proved to have the most expertise and best methodology for the price, he said.

Mr. Smith said the contract includes a continuance of about $500,000 for survey work to determine what shoreline stabilisation may be necessary.

Based on stakeholder meetings held last year, the RDA determined the key functions the facility would need to perform to serve the community, Mr. Smith said. According to current plans, it should be capable of processing 200,000 to 300,000 passengers annually — and twice those numbers if needed in a busy year.

To make that happen, the facility will have to be equipped to serve people quickly, Mr. Smith explained.

“We don’t expect someone to be in the line for the West End ferry for an hour — that’s crazy,” he said. “So those are the minute details we need to work out: how you actually process the passengers.”

At any given time, the terminal should be able to accommodate up to eight vessels at once, with four ferries and four commercial or private boats, Mr. Smith said.

Attendees asked questions about the size of boats that would be able to dock and other main functions of the terminal, like accommodating late-evening ferries.

Mr. Fahie said another community meeting will likely take place Sunday evening at the Leonora Deville Primary School to review other anticipated projects in the district, including the defunct Isabella Morris Primary School.

By the time the West End terminal was destroyed by Irma in 2017, officials had been promising a new facility for more than a decade.

The largest version was proposed in 2010 under the then-Virgin Islands Party government, in which Mr. Fahie served as minister of education and culture.

That plan called for a three-storey, 75,000- square-foot facility with cost estimates of over $40 million.

But after the National Democratic Party came to power in 2011, then-Communications and Works Minister Mark Vanterpool, the District Four representative, said the project would be scaled back dramatically.

In 2013, he proposed plans for a facility costing just under $5 million.

Those plans never got off the ground either, though in 2015 some work was carried out at the existing facility when government repositioned the customer service counters, created a departure hall, and added seating.