The students of Joyce Samuel Primary School wanted everyone to know that reading is their “super power.” As they took to the streets of Road Town along with other primary …

END_OF_DOCUMENT_TOKEN_TO_BE_REPLACED 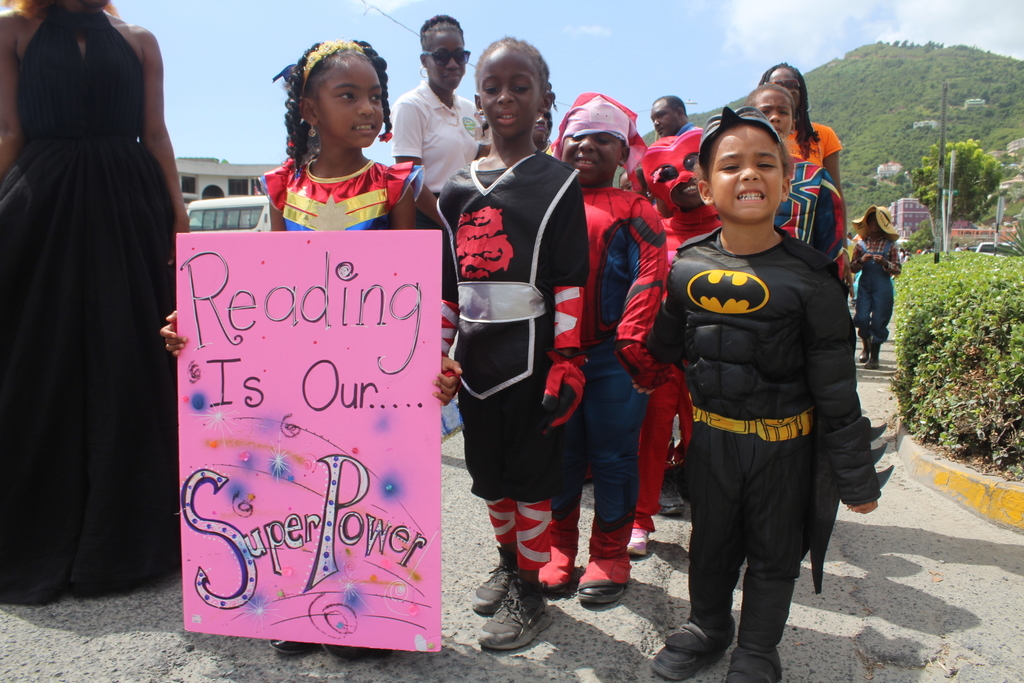 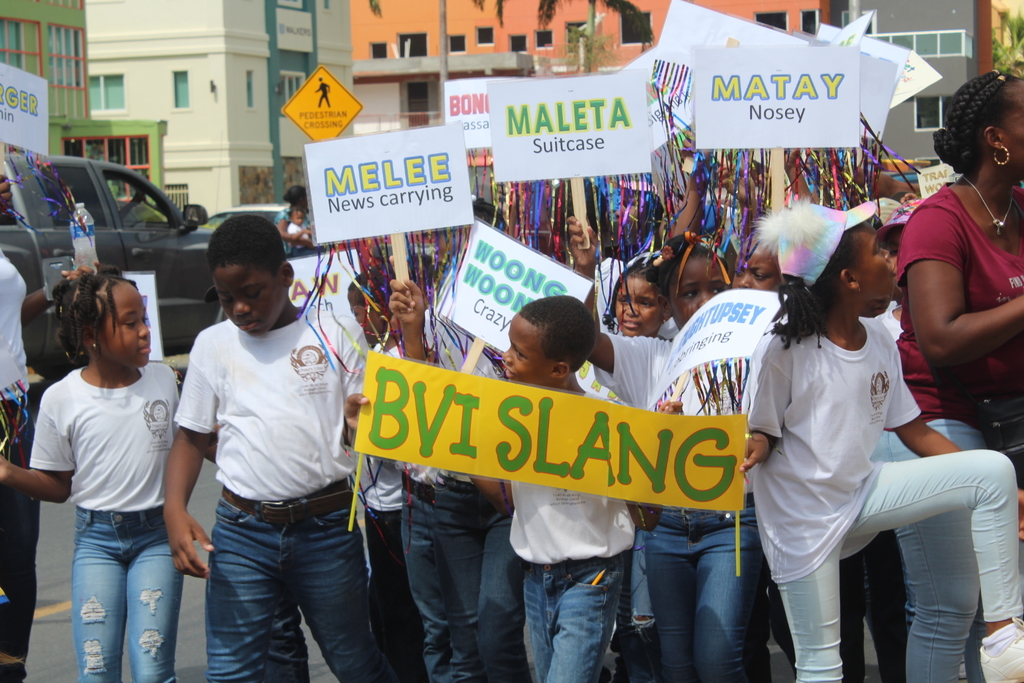 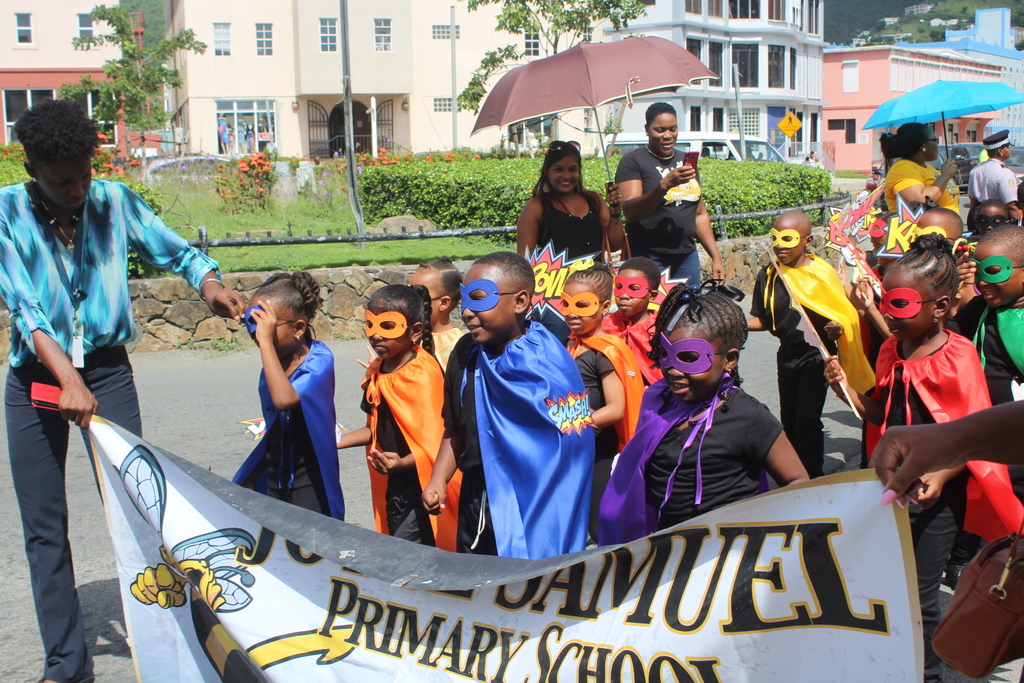 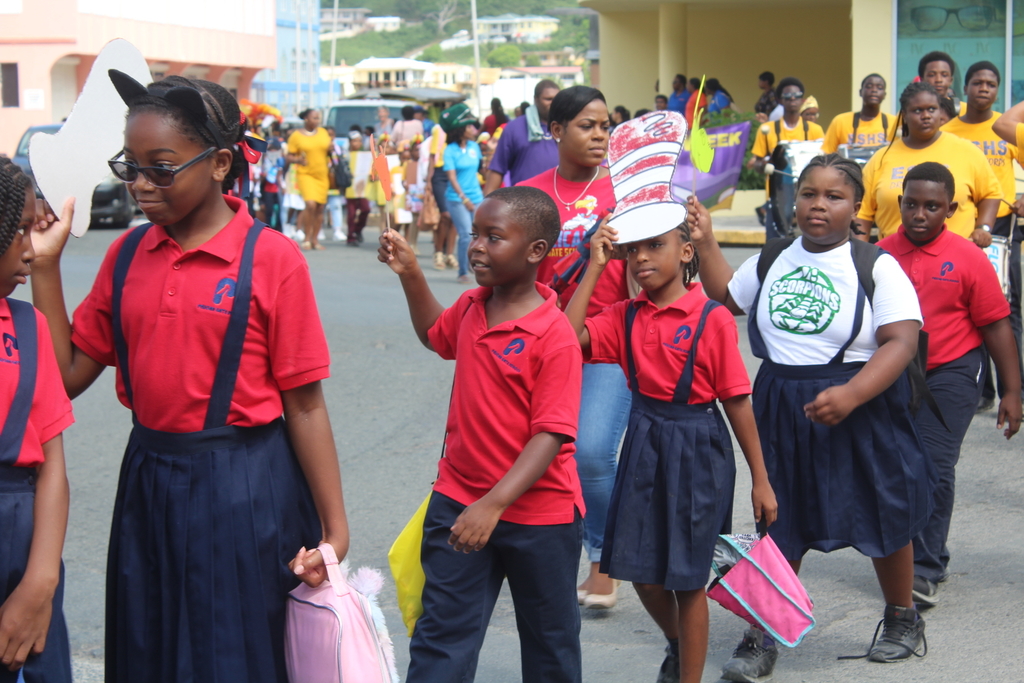 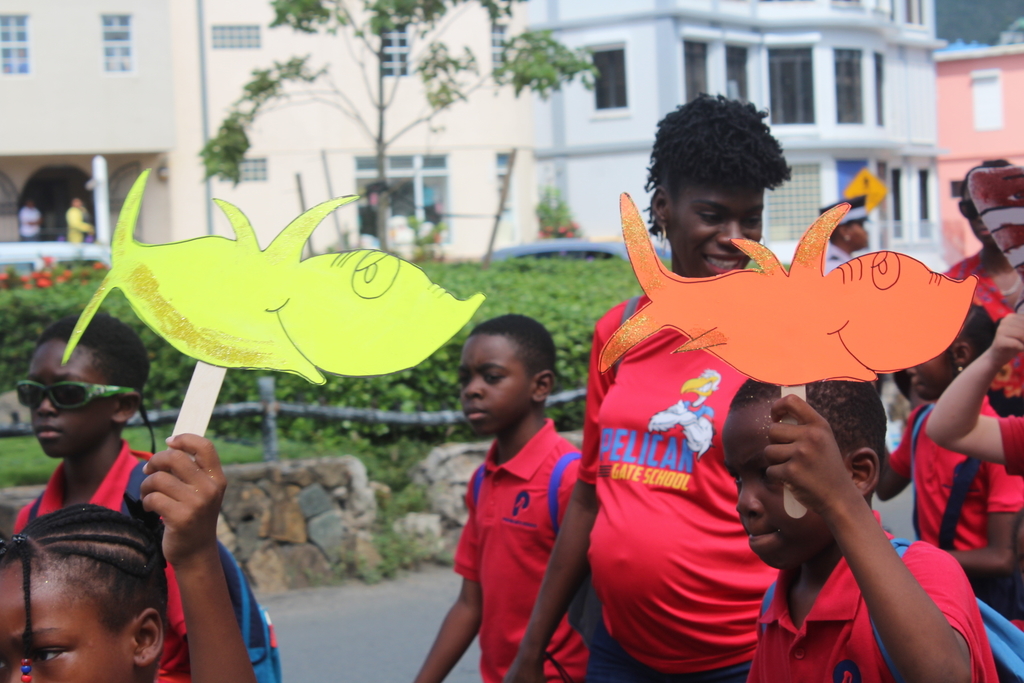 The students of Joyce Samuel Primary School wanted everyone to know that reading is their “super power.”

As they took to the streets of Road Town along with other primary schools in the territory on Friday morning for the Book Parade, they wore masks and costumes as they danced to a song that encouraged them to show their strength like Batman, Superman and Spiderman.

The procession began at the Festival Village Grounds and made its way to the Central Administration Building, where a book fair was held and local authors displayed their work.

While students from the Ebenezer Thomas Primary School presented “The Way We Were” by dressing in traditional costumes and showcasing “BVI Slang,” students from other schools dressed up as storybook characters including fairies and princesses.

The parade was part of the celebrations marking “Reading is Fun Week,” held under the theme “Read: Unlock Your Imagination and Expand Your Horizon.”

It kicked off on Oct. 6 with an opening ceremony at the CAB and continued throughout the week with posters of books hung throughout Road Town and public readings by volunteers across the territory.

The parade on Friday and a scavenger hunt on Saturday closed the week’s festivities.

“This week of activities with a focus on reading is important because it is a constant reminder to all of us that education is key to achieving greatness,” Premier Andrew Fahie posted on his Facebook page. “Once we continue to be an educated people, the tomorrows of our beloved British Virgin Islands will be greater than our yesterdays.”

Dr. Alison Flax-Archer, secretary general of the territory’s National Commission for UN- ESCO, read aloud to students at the Althea Scatliffe Primary School and the Eslyn Henley Richiez Learning Centre. One of the books that she read included Ti Koko and Kush Kush by local author Dr. Patricia Turnbull.

“Through stories, children are exposed to a wide range of words which can help build their vocabulary and improve understanding,” Dr. Flax-Archer said in a press release. “This is the same for adults.”

This year, Education, Culture, Youth Affairs, Fisheries and Agriculture Minister Dr. Natalio “Sowande” Wheatley said he was pleased with the turnout of the events and promised that his ministry will “come up with some more innovative and exciting ways of promoting reading to our young people.”

“I would say, hands down, the book parade and book fair [were the most successful events],” he added. “I think that’s a creative way for them to understand that when you read a book your imagination becomes alive.”

On Nov. 2, the ministry will host a Festival of the Arts which includes a literary section. Throughout the day, there will be displays of culture including fashion, visual art, dance, music and more at the Queen Elizabeth II Park. Teacher Lynden Smith started Reading is Fun Week 27 years ago.

“I decided to call on dads, so the theme was called ‘Fathers for Reading,’” she explained, adding that she invited all fathers to go to schools and read for students.

Throughout that month, she said, fathers also went on the radio and read aloud.

Ms. Smith is a founding member of the BVI Reading Council, which launched about two years after Reading is Fun Week began. She’s busy getting the council back in shape after Hurricane Irma.

“The hurricane messed us up. It has put a lot of obstacles in our way, but we’re beginning to get things going,” she said. “We don’t have a library anymore. … I’m hoping to start there again or start with our church.”