More than four years after Hurricane Irma damaged the West End Community Centre, the facility has been repaired with some $415,000 and handed over during a ceremony last week. Premier’s …

END_OF_DOCUMENT_TOKEN_TO_BE_REPLACED 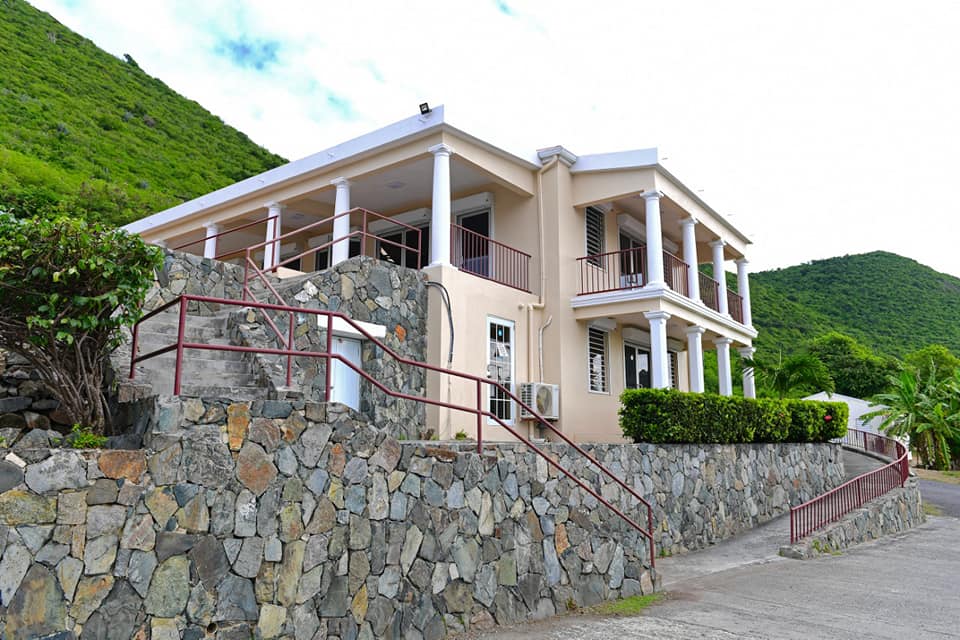 The West End Community Centre was handed over during a ceremony last week after the completion of work to repair damage the facility sustained during Hurricane Irma in 2017. (Photo: GIS)

More than four years after Hurricane Irma damaged the West End Community Centre, the facility has been repaired with some $415,000 and handed over during a ceremony last week.

Premier’s Office Permanent Secretary Dr. Carolyn O’Neal-Morton, who chaired the Nov. 9 event, called the building a “modern centre equipped with resources that will be used as an emergency shelter.”

The project was funded by part of a $2.2 million European Union grant awarded in the aftermath of hurricanes Irma and Maria to rebuild several community centres in the territory, Dr. O’Neal-Morton said.

Others include the Valerie O. Thomas centre in Sea Cows Bay, the Christiana and Gertrude Warner centre in Purcell Estate, and the Emile E. Dunlop centre in Anegada.

“It is important to say that the EU has been a very consistent development partner of the Virgin Islands for over three decades,” Dr. O’Neal-Morton said.

Technical oversight of the project was provided by the Pan American Health Organisation, and a contract was awarded to Quality Construction Limited, with work starting on Sept. 9, she added.

Also during the ceremony, Bogdan Stefanescu — the first secretary and head of green economy in the EU delegation to Barbados and the Organisation of Eastern Caribbean States — spoke about the fight against climate change.

“We play our part here today as our representatives play our part in Glasgow COP26 negotiations as we speak,” he said. “One message has been made very clear: We should finally stop talking and start acting.”

He added that seeing concrete results has been gratifying. “Caribbean people face the risk during each and every hurricane,” he said. “You wonder what to expect this year, wonder which island will be hit this time or if nature will give you a break. It is difficult to find the right words to express my admiration
for your resilience.”

He also said he recognises that there are “huge” differences between countries’ recovery capacities.

“That’s why I’m glad the European Union supports and works with the government of the British Virgin Islands in implementing this project together with our colleagues and partners at PAHO,” he said. “The centres like the West End Community Centres are only one step forward in ensuring citizens the security they need to withstand natural disasters.”

PAHO local technical consultant Ronnie Lettsome also spoke, stating that the work at the centre stemmed from a larger project first conceived in 2012 with the goal of creating a safe and green SMART hospital project throughout the Caribbean.

“The overall funding for the project was able to support the full retrofitting of four emergency shelters and the provisioning of emergency kits including VHF radios, refrigerators and stoves for ten facilities,” Mr. Lettsome said.

Mr. Lettsome also announced upcoming technical training for community members to learn about SMART standards. The training will be hosted this month and next by the BVI Red Cross in partnership with the Department of Disaster Management, he said.

Mr. Lettsome added that Quality Construction Limited was chosen from eight contractors that bid on the West End project.

“PAHO is pleased to have worked with the EU and the government of Vir-gin Islands to complete this work,” he said. “Our work will continue into 2022 as we see the completion of [the other] shelters.”

Pelican Gate School performed a dance during the hour-long ceremony.

Other projects assisted by EU funding over the years include the terminal at the Terrance B. Lett- some International Airport; the library and auditorium at H. Lavity Stoutt Community College; and the HLSCC culinary arts building, Dr. O’Neal-Morton said during the ceremony.

The EU also helped fund repairs to the Copper Mine in Virgin Gorda and assisted with the completion of a visitors centre at Sage Mountain.