Premier Andrew Fahie last Thursday promised that a new West End ferry terminal would be completed within three years, putting the target date nearly seven years after the facility was …

END_OF_DOCUMENT_TOKEN_TO_BE_REPLACED 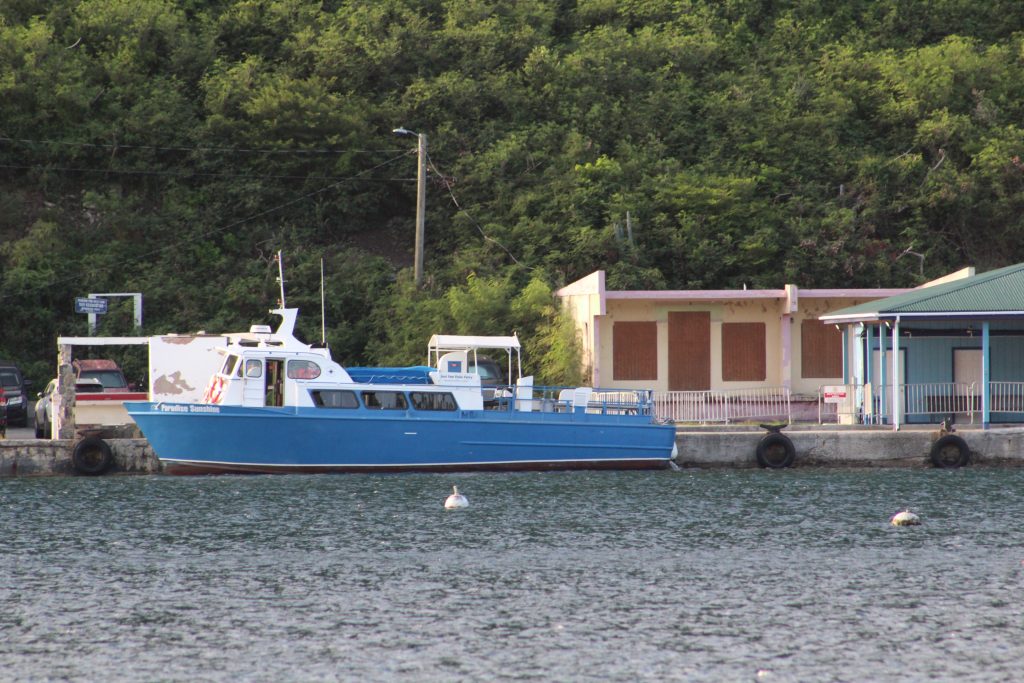 Government is promising to build a new ferry terminal within the next three years to replace the existing facility. (Photo: ZARRIN TASNIM AHMED)

During a Friday statement in the House of Assembly, Mr. Fahie announced that a $1,048,909 contract had been awarded to German firm INROS Lacknew S.E for the design and construction management of the project, and a separate contract for the construction will be selected through the Recovery and Development Agency.

“A functioning ferry terminal in the west end of Tortola is important and convenient for our residents from that side of the island, who otherwise would have to travel to Road Town to catch the ferries,” he said.

An invitation for consultancy services for the design and construction management of the project was issued last year, but the pandemic pushed the project further back, Mr. Fahie said Friday.

“But everything is in place to move forward,” he added.

The terminal previously cleared about 40 percent of all arrivals into the Virgin Islands, Mr. Fahie said.

It was destroyed in 2017 by Irma, but officials had been promising a new terminal for more than a decade by that time.

The largest plan was proposed in 2010 under the then-Virgin Islands Party government, in which Mr. Fahie, who as First District representative represents West End, served as minister of education and culture.

That plan called for a three-storey, 75,000- square-foot facility with cost estimates of over $40 million.

But after the National Democratic Party came to power in 2011, then-Communications and Works Minister Mark Vanterpool, the District Four representative, said the project would be scaled back dramatically.

In 2013, he proposed plans for a facility costing just under $5 million.
Those plans never got off the ground either, though in 2015 some work was carried out at the existing facility when government repositioned the customer service counters, created a departure hall, and added seating.

After Irma swept the territory, then-Premier Dr. Orlando Smith said the VI branch of international architecture firm OBMI had offered to donate its time towards drawing up architecture and engineering designs for the terminal.

But the OBMI plan was not mentioned during an April 2019 meeting under the new VIP administration, when a plan was unveiled for a 27,000-square- foot, multi-level building with the capacity to process at least 200 passengers per hour and two ferries at once.

At the time, officials said that a private donor, who they did not name, had proposed covering at least 50 percent of the cost of the terminal, and they were considering drawing the rest from government funds or the Caribbean Development Bank recovery loan.

Officials said at the time they hoped the new terminal would lead to a 62 percent increase in tourist arrivals to the terminal over pre-Irma levels.

In August 2019, a temporary facility opened, and ferries to and from St. Thomas resumed operating through the terminal.

A ferry previously operated to and from St. John from the terminal, but it hasn’t run since Irma.