Wheatley promises change ‘at every level’

As the Virgin Islands awaits a decision from the United Kingdom on a possible period of direct rule, the new National Unity Government is promising a “fresh start” with widespread …

END_OF_DOCUMENT_TOKEN_TO_BE_REPLACED 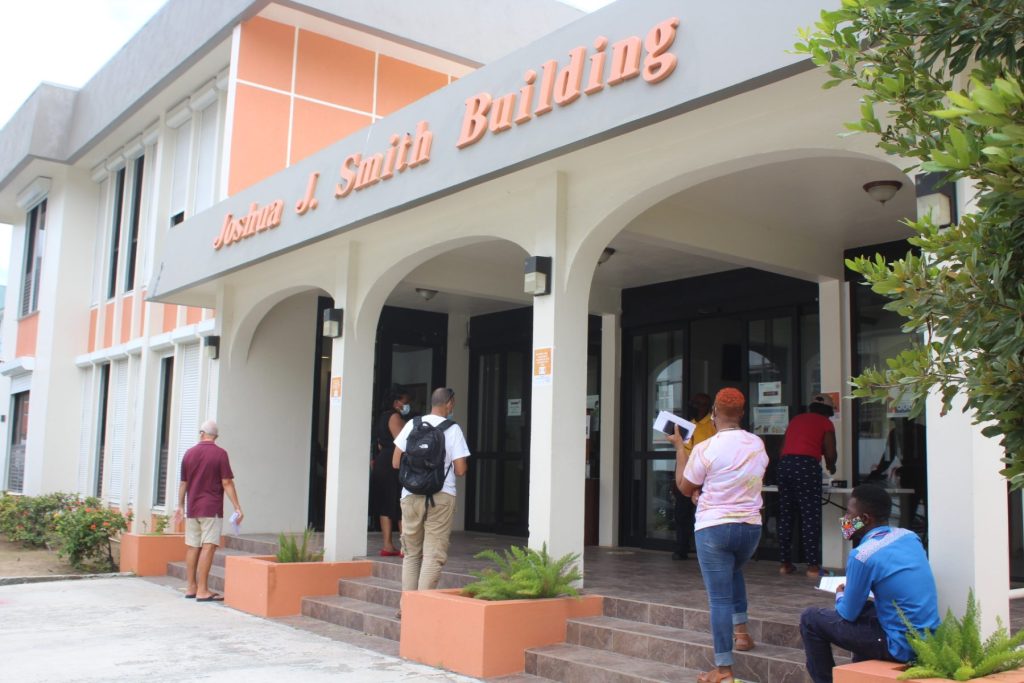 Among the statutory board overhauls promised by the National Unity Government, Premier Dr. Natalio “Sowande” Wheatley said it is in the “public interest” to appoint a new Social Security Board. (File photo: ZARRIN TASNIM AHMED)

As the Virgin Islands awaits a decision from the United Kingdom on a possible period of direct rule, the new National Unity Government is promising a “fresh start” with widespread changes to statutory boards and greater transparency in financial affairs.

Premier Dr. Natalio “Sowande” Wheatley said in a live broadcast on May 24 that his cross-party government “will continue our ongoing and constructive engagement with the governor and United Kingdom on reform as the UK government considers its course of action regarding the implementation of the [Commission of Inquiry] report recommendations.”

He added, “I do hope an official response will be communicated as soon as possible,” though he didn’t provide any hint of the UK’s ultimate decision.

Regardless of what happens, the premier said, change must come, even going beyond what was recommended by the COI report.

“We must admit that many of our established practices are not fit for purpose and that we must change them if we want to see better public service, better infrastructure, and better economic performance,” he said. “We must make changes at every level.”

Under the proposal — which has not been provided to the public — overall implementation responsibilities would fall to Governor John Rankin, Dr. Wheatley said, adding that he and Mr. Rankin would work together to monitor the government’s efforts and timeline for reforms.

The premier, meanwhile, would coordinate between the governor and ministers and drive forward legislative reform in the HOA, he said.

Members of Cabinet, ministries, and the House would retain their typical functions, according to the premier.

“To be clear, there would be no calling of early elections, and our work would primarily be dedicated to reform for the remainder of this term,” Dr. Wheatley added.

Typically, an election would be due early next year.

The premier also said more changes are coming to statutory boards including the Social Security Board.

Last week, BVI Ports Authority board chairman Kelvin Hodge also agreed to tender his resignation, and the premier said all members of the BVI Airports Authority board also have seen their terms expire or given their resignations. When the terms of current BVI Tourist Board members expire shortly, the government will appoint replacements “with strong representation from across the various sectors of the tourism industry,” he said.

“Tourism is too critical to our economy to not have such strong sectoral representation,” the premier noted. “I ask for the industry’s support as we prepare for the upcoming tourism season.”

He added, “I want to make it clear that these boards are not being dismantled because of any knowledge of wrongdoing by the most recent membership. I personally know that we have members who have made strong contributions, who are people of integrity, who have sacrificed countless hours of their time and energy, but given recent events it is important for us to have a fresh start.”

Dr. Wheatley reiterated that he believes appointing people to multiple statutory boards is not a good practice.

“These bodies should never be unduly influenced through the concentration of the same people sitting on several boards at the same time,” he said. “Cabinet will very soon commission the development of a proper protocol for the appointment and dismissal of statutory board members, to ensure the process is transparent and that the criteria against which persons are selected for statutory boards is appropriate.”

Among the other reforms the new government plans to implement is an overhaul of assistance grants, transitioning away from elected officials directly deciding who gets assistance, Dr. Wheatley said.

The COI levelled harsh criticisms of the HOA Assistance Grants Programme for a lack of transparency and accountability. The programme was originally intended to allocate money for members of the House to disburse for public projects, but the COI team found that they gave away public money with almost no oversight or accountability, and suggested halting the programme and auditing money trails from recent years.

The premier said May 24 that his government would be shifting away from this model. However, he made clear his administration will do everything it can to ensure there is no interruption of critical social services to residents.

He added that the current system — which relies on a mix of Social Development Department funding, HOA assistance grants and ministry assistance grants — has not kept up with the evolving needs of the territory.

“A different, more effective approach is needed — one that is more structured, targeted and actually gets to the root cause of the problems that persons face so that long-term solutions can be found, especially those of a socio-economic nature,” he said.

A new central standardised institution is needed, he noted, adding that more resources will be allocated to the SDD to make it happen, and new Health and Social Development Minister Marlon Penn will lead the transition.

Dr. Wheatley also said his government will “ensure that as this transition takes place, persons currently receiving critical social assistance will not be adversely affected by the changes being made.”

The House is scheduled to meet today, and Dr. Wheatley said members will review the Register of Interests Act “to hold us accountable as politicians.”

He added that new legislation will require elected officials to make their interest declarations public for the first time, and that it will include “strong punitive measures” for failing to declare on time.

“Change is needed across the board, but it must start with us,” he said.

Citing a “false report by a radio personality” about an $80,000 contract for a television programme, Dr. Wheatley also called on the media to “be responsible at this time when we need calm and to maintain stability.”

He added he would converse with media members about ensuring the accurate dissemination of information and protecting people from slander, defamation and libel.