Last Thursday Justice Ann-Marie Smith ordered Speaker of the House Julian Willock to swear in Mark Vanterpool as Fourth District representative. But Mr. Willock appealed her decision to the Eastern …

END_OF_DOCUMENT_TOKEN_TO_BE_REPLACED 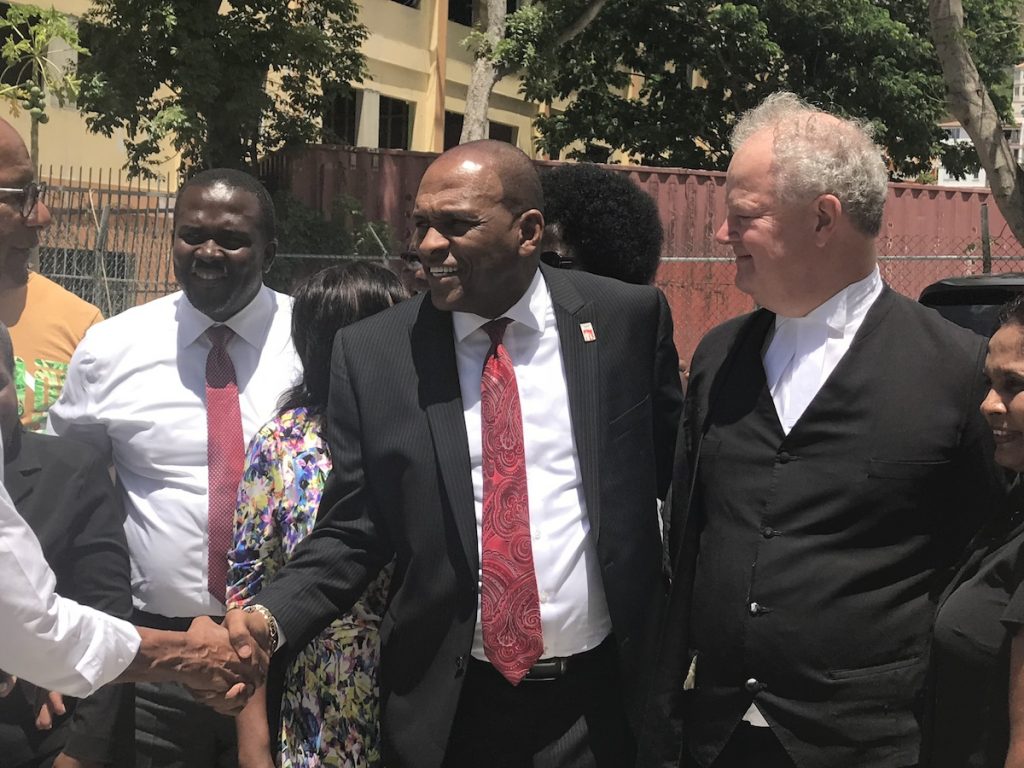 But Mr. Willock appealed her decision to the Eastern Caribbean Supreme Court on Tuesday, stating that the judgment was “contrary to law and against the weight of the evidence,” according to the notice of appeal.

Ms. Smith’s decision stated that Mr. Vanterpool had no constitutionally prescribed right to resign in the period between the general election and the first sitting of the House of Assembly on March 12.

The speaker’s “purported acceptance of ” the March 5 letter, she concluded, does not create a vacant seat in the Fourth District.

Mr. Smith also went on to chastise Mr. Willock for his comment, “Go back to the people: What are you afraid of?” at an April 12 court hearing, called it “inappropriate and somewhat insensitive” considering the substantial cost to taxpayers of elections and by-elections.

Mr. Vanterpool was all smiles as he shared handshakes and hugs with his lawyers and others after the hearing.

“So I look forward to doing that right away and I hope that the speaker will move very quickly to swear me in.”

He went on to criticise Mr. Willock for acting in a “partisan” way.

Mr. Willock’s appeal states that the court did not have the jurisdiction to order that Mr. Vanterpool be sworn in and only had the power to determine if he had vacated his seat.

It also seeks that the judge’s orders “be set aside and the claim be dismissed” and for Mr. Vanterpool to pay Mr. Willock’s legal fees.

“Alternatively,” it requests “that the matter be remitted and left for the House to decide.”

A Tuesday evening press release from Veritas Law, the firm representing Mr. Willock, stated that the appeal is “an opportunity for the country to set a precedent in an area that has gone too long untouched.

A path of guidance must be paved so that future elected members understand the importance of their roles when elected.”

It went on to say that the case does not constitute a personal attack on Mr. Vanterpool.

“The acts of Mr. Vanterpool have caused great concern and raises [sic] important points of law which a court of competent jurisdiction ought to be allowed to discuss and decide upon,” it stated. “If the decision to appeal is proved right, this would set new ground for countries with similar provisions in their constitutions and a deeper understanding of our very own constitution.”

Mr. Willock did not answer questions from reporters after the ruling.