Local News > Willock resigns, claims he was a “sacrificial lamb”

Willock resigns, claims he was a “sacrificial lamb”

Speaker of the House Julian Willock plans to resign from the House of Assembly on the request of acting Premier Dr. Natalio “Sowande” Wheatley, Mr. Willock said at the start …

END_OF_DOCUMENT_TOKEN_TO_BE_REPLACED 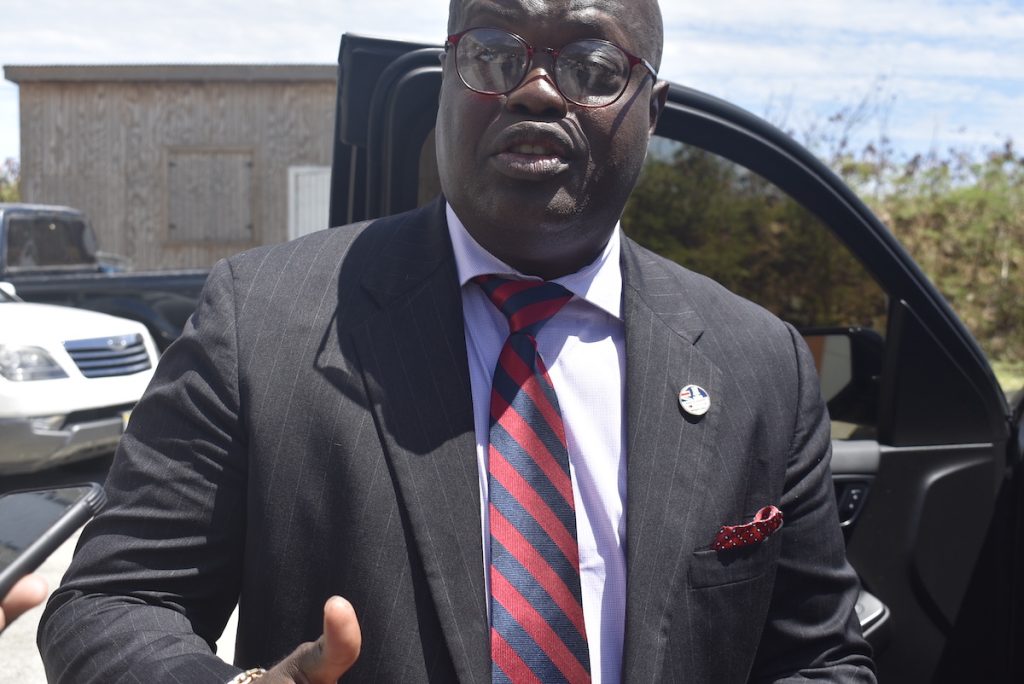 Speaker of the House Julian Willock speaks to reporters outside the Save the Seed Energy Centre in Duffs Bottom shortly after announcing that he plans to resign from his position as speaker. (Photo: FREEMAN ROGERS)

Speaker of the House Julian Willock plans to resign from the House of Assembly on the request of acting Premier Dr. Natalio “Sowande” Wheatley, Mr. Willock said at the start of an HOA sitting on Tuesday before turning over his chair to Deputy Speaker Neville Smith.

Mr. Willock explained that he received a phone call that morning from Dr. Wheatley requesting his resignation.

“I was surprised with his proposal and message,” Mr. Willock said during the sitting. “I asked him to at least give me the next day to offer my resignation, so I could clear my office, advise my family, and speak to my attorneys.”

Later in the HOA sitting, Dr. Wheatley said that Mr. Willock had submitted a written resignation. He added that an oral resignation was enough to remove the speaker from his position, according to the Constitution.

Outside the sitting a few minutes later, Mr. Willock granted reporters an interview where he stated that he had done nothing wrong and was not under investigation to his knowledge.

“I feel that I was a sacrificial lamb,” he said. “It appears that you can just be a target for not doing anything wrong. I have not done anything wrong.”

He added that he knows why Dr. Wheatley asked for his resignation, but he
declined to explain.

“I will not betray any conversation that I had with the acting premier,” he said.

Mr. Willock added that he planned to turn over his vehicle and phone.

He added that he planned to hold a press conference where “everything will be revealed,” likely before the end of the week.