Local News > With 93 graduates, HLSCC Class of 2018 less than half the size of last year’s

With 93 graduates, HLSCC Class of 2018 less than half the size of last year’s

Politicians had one main message for the 2018 graduates of H. Lavity Stoutt Community College last Thursday: The territory needs you. Premier Dr. Orlando Smith and Education and Culture Minister …

END_OF_DOCUMENT_TOKEN_TO_BE_REPLACED 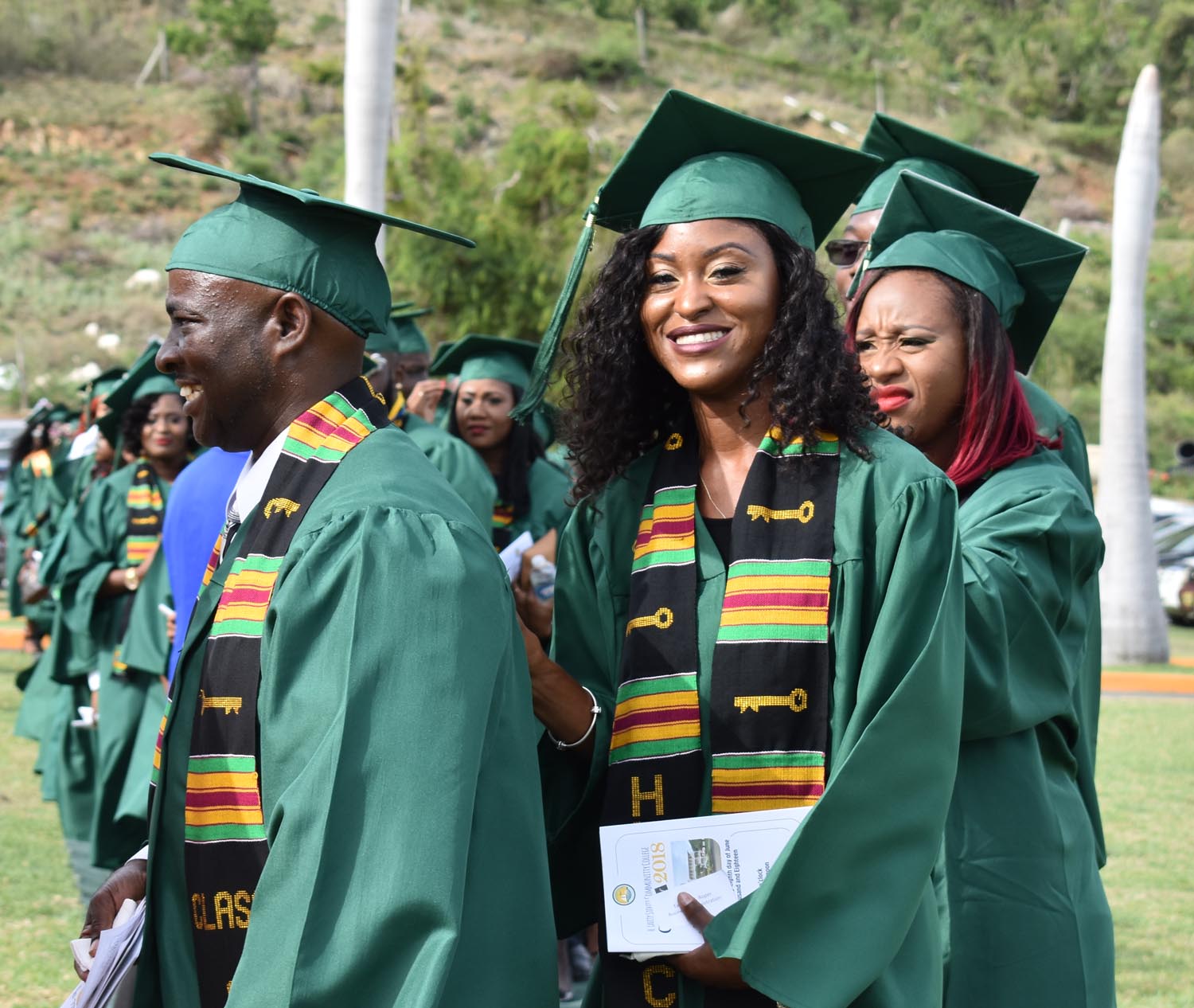 Politicians had one main message for the 2018 graduates of H. Lavity Stoutt Community College last Thursday: The territory needs you.

Premier Dr. Orlando Smith and Education and Culture Minister Myron Walwyn both spoke at the graduation ceremony, dispensing advice and asking the new class to put their talents to good use within the local community.

Though the class of 93 graduates was less than half the size of recent years’, the students were congratulated for their achievements throughout a trying year.

“Each generation must develop in a way that serves its own time and its own needs,” Mr. Walwyn said, adding, “We need your fresh minds to develop a different approach to addressing the issues that we face. We need your skill sets and fresh ideas, and we need everyone to utilise their talents towards the recovery of these Virgin Islands.”

Dr. Smith centred his speech around the principle “think ahead, but plan now.”

“You may be small in numbers, but the impact of your actions can lead to an even bigger future for the VI,” he said. “Your future depends on what you do with your present.” 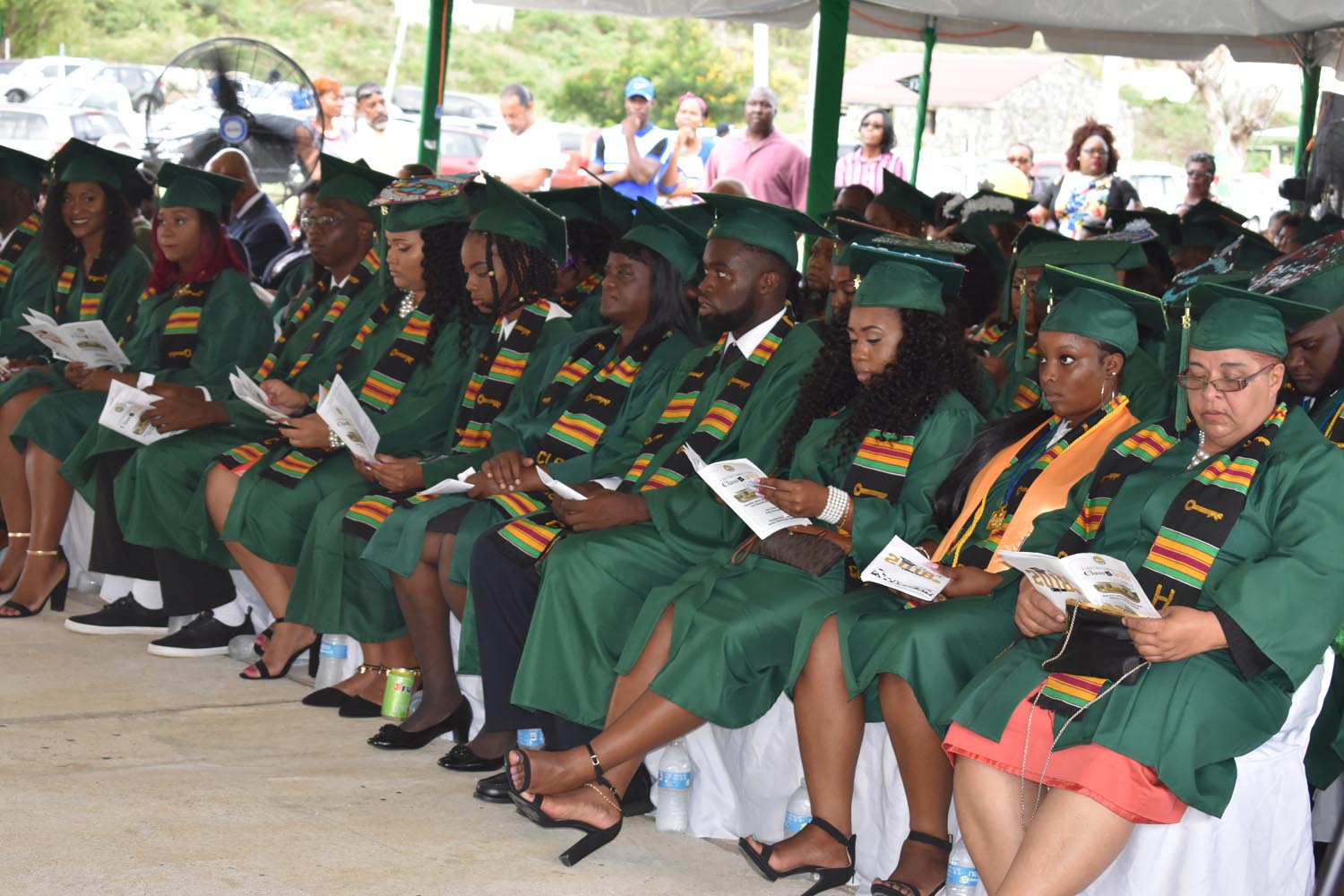 Of course, Hurricane Irma was not far from many speakers’ minds. The college, like the rest of the VI, was hit hard in 2017.

“I want to thank you as well on a personal note for deciding to stay and complete this part of your tertiary education here at HLSCC under the very difficult circumstances,” Mr. Walwyn said. “I know firsthand that the environment was not what you were accustomed to. We had a myriad of issues that compromised the learning environment for you.”

Fewer classes than usual were offered last fall — partly due to a lower enrolment rate after the storm — and many laboratories and classrooms were heavily damaged. Some classes were even moved to the marine centre, which is also located on the Paraquita Bay campus.

As a result, the HLSCC graduating class last week was about half the usual size, with 93 graduates walking the stage compared to 190 last year.

“We worked diligently to help students who returned graduate,” HLSCC President Dr. Janet Smith wrote in an e-mail to the Beacon on Friday. “However, students did not return for a variety of reasons: … conditions at home, some relocated, job changes, [or because of] our daytime-only fall schedule.” 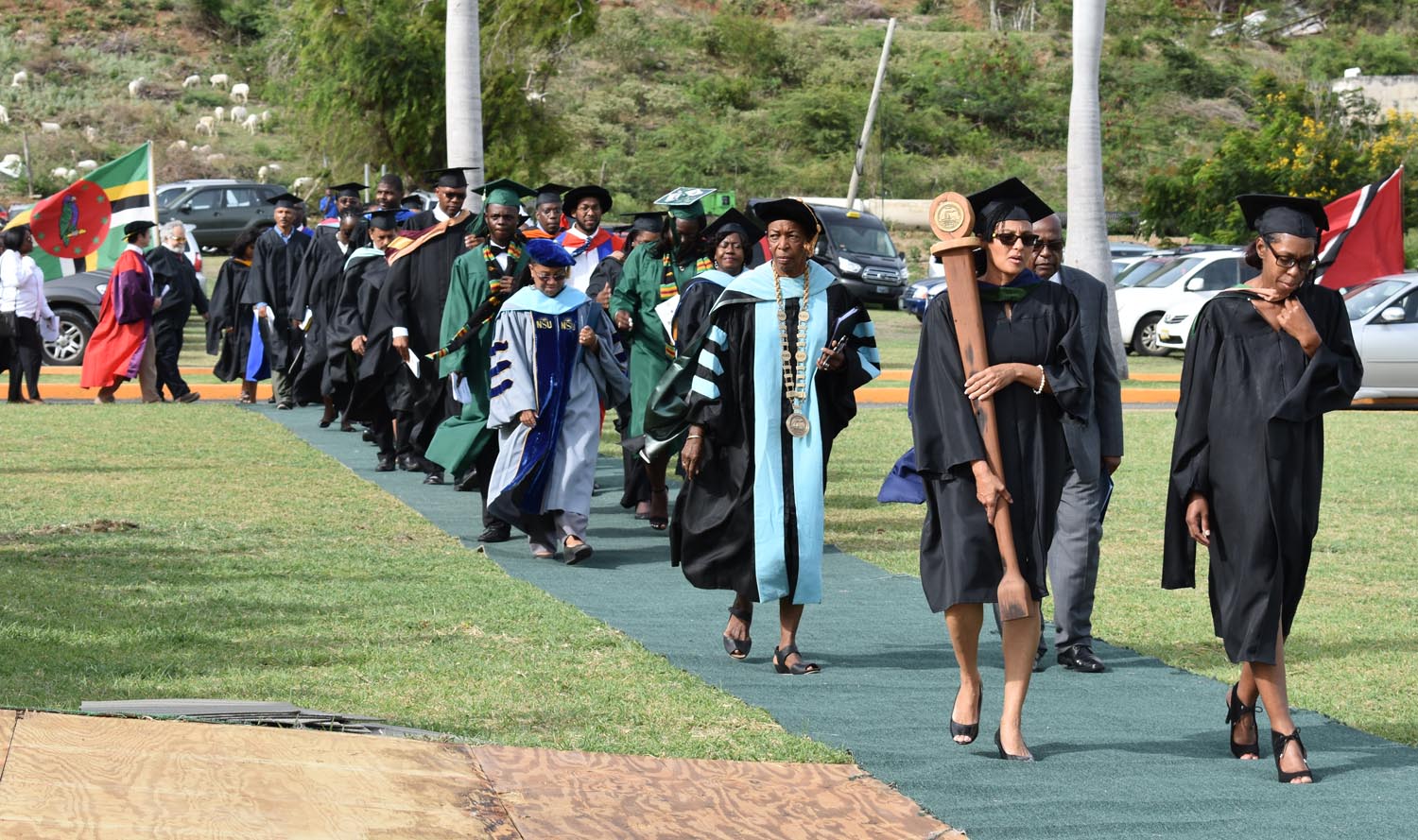 Dawn Crabbe-Herbert, who received a diploma in business continuity management, was one student praised by the college and featured in a special graduation ceremony booklet. Ms. Crabbe-Herbert currently works as a financial administrative manager at the Red Cross.

“I am looking forward to completing the business continuity manual for the Red Cross and assisting other small businesses to ensure we are prepared as a territory,” she said.
Several students also received awards for academic achievement. Emmanuel Oluwajomiloju Borokinni was given a president’s award for receiving the highest cumulative grade point average as a full-time student, and Eula Alice-Nesia Thomas was given the award as a part-time student.

“There were obstacles, but at the end of the day each of them is an opportunity, so that’s just how I had to look at it,” Mr. Borokinni said. “I just tried my best. … There were ups and downs but that’s how everything goes in life.”

Rochelle Smith, a lecturer in the humanities, social sciences and communications department, was given the faculty-of-the-year award.

Despite the many obstacles, Mr. Walwyn told the graduates last week to give themselves a round of applause for “sticking it out” at the college.

“I am sure you’ve heard this before: What doesn’t kill you makes you stronger,” he said. “Today I am sure that each and every one of you is stronger mentally now than you’ve ever been before.” 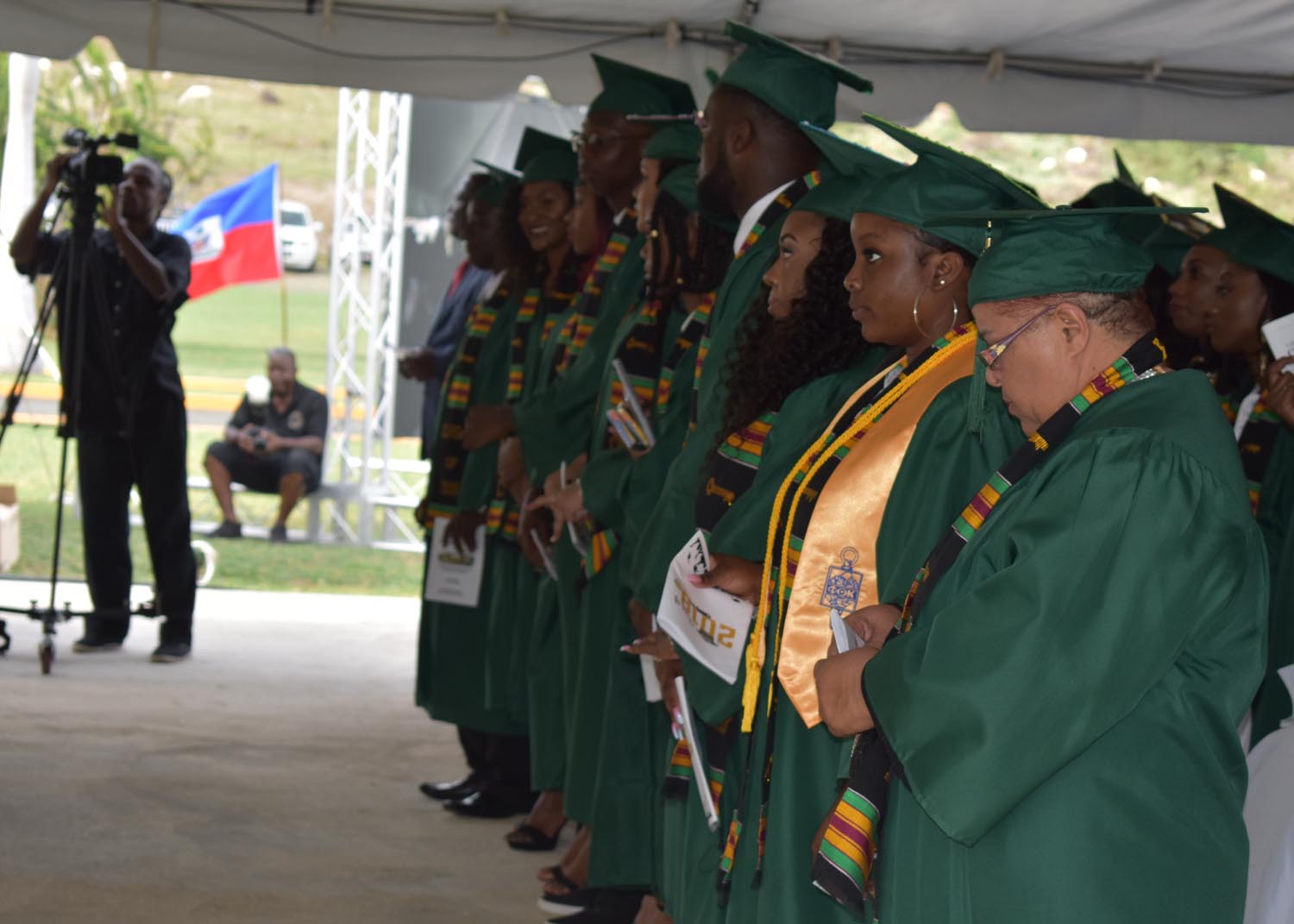 Though HLSCC President Dr. Smith oversaw the college during this past turbulent year, a new leader will take the reins in time for the 2018 fall semester.

Dr. Smith will step down at the end of next month and Judith Vanterpool will take her place. Ms. Vanterpool currently serves as HLSCC’s vice president and is also the wife of Communications and Works Minister Mark Vanterpool.

Dr. Charles Wheatley, chairman of the college’s board, made the announcement during his remarks at the graduation ceremony.

“Now, if anybody can tell you about the strengths of [Ms. Vanterpool], I can,” Dr. Wheatley said. “Ms. V., as we affectionately call you, I hope you will do what is just and what is right for your people and for the territory and I wish you well.”