Under bright blue skies, Darnell Birmingham walked in front of a stage full of musicians in St. Thomas’s Crown Bay on Saturday, and sang a rendition of an American standard. …

END_OF_DOCUMENT_TOKEN_TO_BE_REPLACED 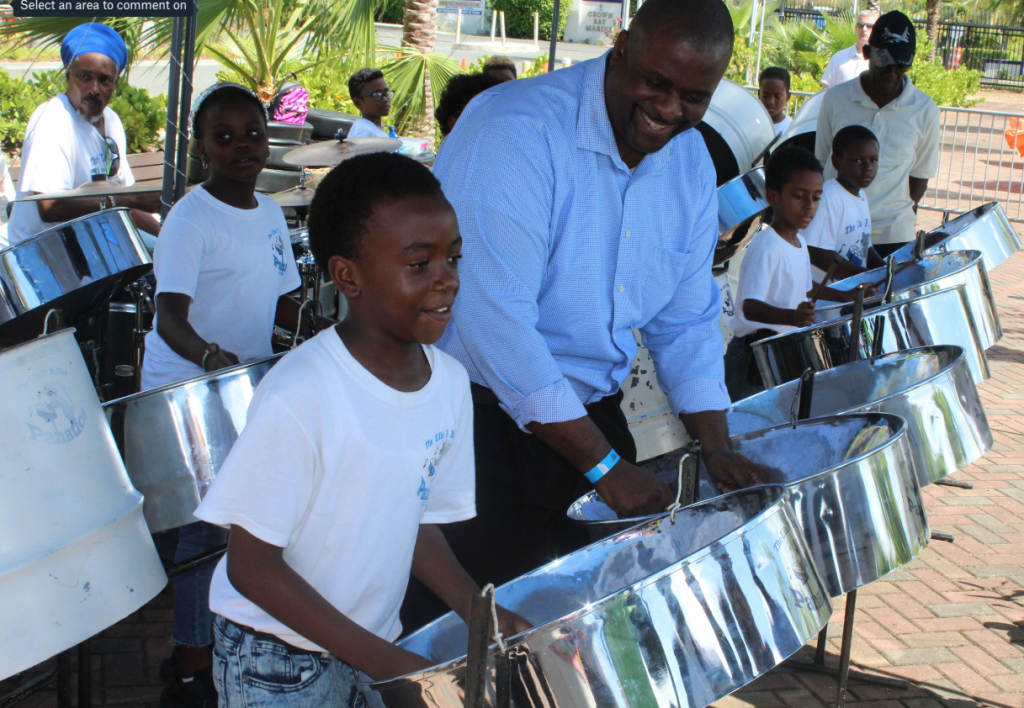 Under bright blue skies, Darnell Birmingham walked in front of a stage full of musicians in St. Thomas’s Crown Bay on Saturday, and sang a rendition of an American standard.

The middle school student’s voice rang clear and perfectly in tune as he crooned the lyrics to “Route 66,” a tribute to the iconic United States freeway.

A little while later, Virgin Islands Premier Andrew Fahie took the microphone. After instructing attendees to high-five their neighbours, he told the crowd that his territory and the USVI need not look to foreign help to progress, but instead should capitalise on the talent of their people.

At the 46th annual USVI/BVI Friendship Day, attendees feasted on traditional cuisine and watched cultural performances, while leaders from both territories articulated the importance of honouring their common heritage and refusing to let their colonial past shape their future.

“The solution is within us,” Mr. Fahie said. He stressed that young people will have to help lead the greater VI forward, and advised them to get as much education as possible.

USVI Governor Albert Bryan Jr. said positive change is under way in the USVI, but cautioned against complacency. Noting the challenges that people of African descent have historically faced, Mr. Bryan said that much still needs to be done to achieve racial justice.

“As a people, we have to remember the struggle isn’t over,” he said, adding, “We have a lot of work to do.”

Mostly, though, Mr. Bryan warned against potential false divisions created by the flags and borders of the two territories.

As an example, he recalled Hurricanes Irma and Maria, which inflicted heavy damage on both archipelagoes.

“The winds of change continue to blow in the Virgin Islands,” he said.

Throughout the day, entertainers of various ages and genres gave performances celebrating VI culture. The Ulla F. Muller Elementary School Bamboula Dancers and Drummers performed to a hypnotic drum beat, the dancers blowing on conch shells and twirling in their flowing white dresses, exiting the area in a single line and with choreographed footwork.

Later, striding in on stilts and wearing colourful costumes, the Essentric Mocko Jumbies danced around to a booming J’ouvert anthem, a man on the tallest set of stilts bobbing around on one leg and pointing another high in the air.

Performances during the celebration ranged from quiet and serious to bombastic and playful, but they all elicited applause from the crowd.

“At the end of the day, we dance to the same music … and love these Virgin Islands together,” Mr. Bryan said