Less than a week after Tropical Storm Jerry brushed the Virgin Islands, Amanda Debique was frustrated to once again find herself waiting for bad weather to clear on Tuesday evening. …

END_OF_DOCUMENT_TOKEN_TO_BE_REPLACED 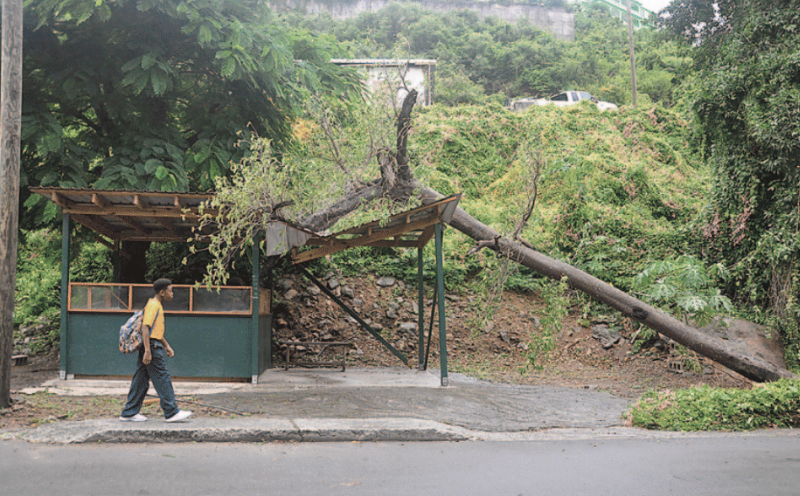 Less than a week after Tropical Storm Jerry brushed the Virgin Islands, Amanda Debique was frustrated to once again find herself waiting for bad weather to clear on Tuesday evening.

Though she is happy that none of the recent storms have caused major damage like the ones that hit the Virgin Islands in 2017, the unusually busy hurricane season has drained her nonetheless.

The worst of Tropical Storm Karen passed over the territory Tuesday night and yesterday morning, delivering rain and wind but no major damage, according to the Department of Disaster Management.

As the storm approached, it moved erratically, with the centre shifting west early Tuesday before eventually resuming its northern route in the afternoon, the United States National Hurricane Center reported.

Throughout much of the day on Tuesday, Karen brought intermittent showers and gusts, with wind speeds picking up around 6:30 p.m. and sporadic heavy downpours throughout the night.

Wind and rainfall data for the VI were not available as of press time yesterday afternoon, but the NHC reported that winds within the storm blew at a maximum sustained speed of 45 miles per hour with higher gusts. These tropical-storm-force winds extended 80 miles from the storm’s centre.

Here, high winds caused power outages in parts of the territory Tuesday night, and debris and water washed over the roads to West End.

BVI Electricity Corporation vehicles were on call during th enight, said Alton Vanterpool, who works at BVIEC and responded to a call from a house with partial power early yesterday morning.

As a result of strong winds, some trees fell and snapped power lines, but beyond that the damage was minimal, especiall ycompared to Hurricane Dorian on Aug. 28, Mr. Vanterpool said.

In the midst of the storm, a6.0-magnitude earthquake struck off the coast of PuertoRico at 11:32 p.m., sending tremors across the VI but drawing no reports of damage, according to the US Geological Survey.

The tropical storm warning for the VI was discontinued at 5 a.m. yesterday, though a flash flood warning remained in place until 2 p.m., according to DDM.

“Tropical Storm Karen is moving away from us and I’m happy that we find ourselves in this wonderful position where we can get back to a state of normalcy,” Premier Andrew Fahie said.

Karen comes on the heels of Hurricane Jerry, which passed north of the territory on Friday, closing the government and many businesses but bringing little more than cloudy skies.

As the territory prepared for Karen on Tuesday morning, students stayed home as all public and private schools closed across the territory.

Other Tuesday closures included the following: the public service, except for those workers providing essential or critical care; banks; airports; the Social Security Board; the BVI Financial Services Commission; ferry services; West End and Road Town ports; and community and outpatient clinics.

Stores including Rite Way locations, OneMart, and CTLHome Center also closed, according to the DDM.

By yesterday morning, the territory’s schools and public services had reopened.

Before the storm hit in full force, employees of the Public Works, Water and Sewerage and other departments spent much of Tuesday making preparations.

By early afternoon, crewmembers had cleared a blocked ghut in East End and made significant progress clearing Johnsons Ghut, according to DDM. At the sametime, the DDM alerted residents that there had been a power outage in the East End/Long Look area, though BVIEC was working to restore power to the area as fast as possible.

“Just came from visiting some of the sites where our hard working crews were preparing for the approach of Tropical Storm Karen,” Transportation, Works and Utilities Minister Kye Rymer said in a Tuesday statement.

Speaking to public officers, Mr. Rymer added, “I thank all of you for swiftly and selflessly taking actions to ensure that as the rain draws near and as it comes our people are safe.”