A woman has been isolated in the Dr. Orlando Smith Hospital after testing positive for Covid-19 locally, and seven of her “primary contacts” have been quarantined in another location, Deputy …

END_OF_DOCUMENT_TOKEN_TO_BE_REPLACED 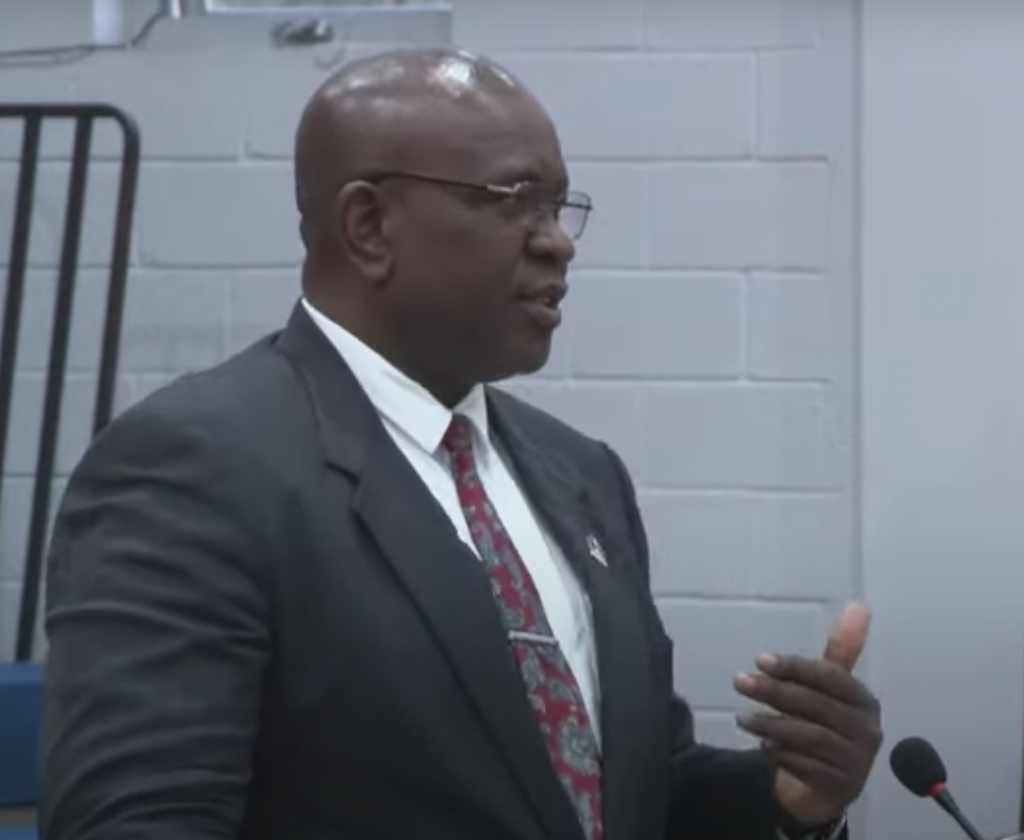 On Thursday night, Deputy Premier Carvin Malone, the minister of health and social development, told the House of Assembly that a woman was hospitalised after testing positive for Covid-19 in the territory, but the test results have not yet been validated at the Caribbean Public Health Agency in Trinidad. (Screenshot: GIS)

A woman has been isolated in the Dr. Orlando Smith Hospital after testing positive for Covid-19 locally, and seven of her “primary contacts” have been quarantined in another location, Deputy Premier Carvin Malone said Thursday night in the House of Assembly.

Local preliminary tests of the seven contacts all came back negative, though all eight tests still need to be verified by the Caribbean Public Health Agency in Trinidad, according to Mr. Malone, who is the minister of health and social development.

At least until these results come back, which Mr. Malone said should take 48 hours — though other reports have indicated longer delays in receiving confirmation from CARPHA — the seven primary contacts will remain under quarantine, Mr. Malone said.

With Thursday’s result, there have now been four people officially diagnosed with Covid-19 in the territory, though two of these people have recovered fully and tested negative when they were re-tested, Mr. Malone said during a Wednesday announcement.

The isolation unit where the patient is being quarantined was funded by part of the $12 million government has put towards beefing up facilities to manage the outbreak, including the construction of a testing site in front of the hospital that can screen 20 to 30 people per hour, and the procurement of nine ventilators with five more en route, Mr. Malone said.

To ready the territory once the borders reopen, government is also looking to repurpose the former Peebles Hospital into an isolation ward, adding 150 available beds for Covid-19 patients, Mr. Malone said.

Though officials have said  the borders will remain closed at least until June 1, the positive result comes a day after government officials announced a plan to slowly lift restrictions and restart the economy from Monday, when commerce was scheduled to commence at certain businesses such as grocers, banks, and hairdressers, and the inter-island ferry service was scheduled to resume.

It is unclear whether those plans will change because of the new case.

Meanwhile, the threat of the coronavirus remains prevalent as ever, Mr. Malone warned Thursday.

“We cannot win the battle and lose the war,” he said. “We must be vigilant, we must be careful, because at the end of the day Covid-19 is real.”