Following the Women’s Festival Cup and the national team training programmes both on Tortola and Virgin Gorda, the BVI Football Association is now preparing to launch its women’s league Oct. …

END_OF_DOCUMENT_TOKEN_TO_BE_REPLACED 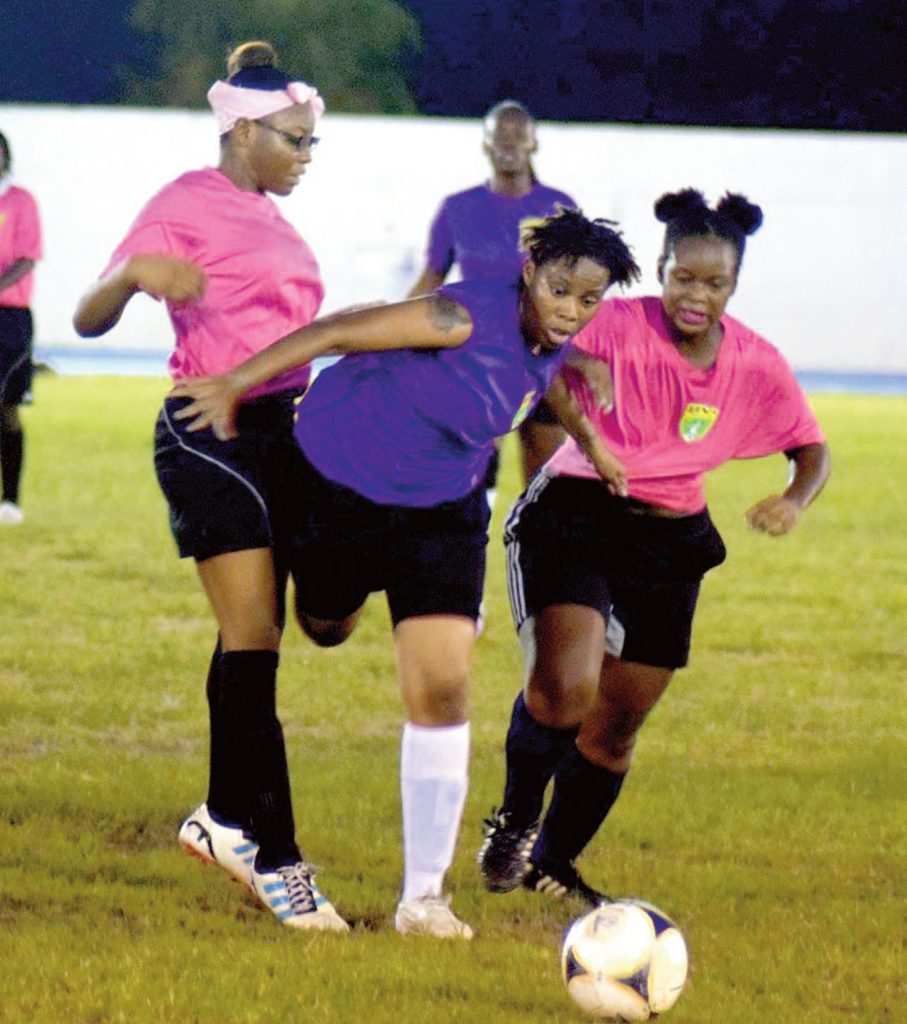 Sapphire Flax fights her way through two defenders during a match between Ballstars and VG United prior to the start of the women’s league on Oct. 31. (Photo: BVIFA)

Following the Women’s Festival Cup and the national team training programmes both on Tortola and Virgin Gorda, the BVI Football Association is now preparing to launch its women’s league Oct. 31.

It has been almost four years since the Ballstars were crowned champions after beating VG United.

“The future is looking great” said Wayne Phillip, who is in charge of the programme along with Anna French of Virgin Gorda. “The energy and the interest coming from the girls proves we are heading in the right direction and it is definitely exciting times.”

In the match, Team Mohammed beat Team Van Zoost, 3-1, with goals from Ms. Reich (2) and Morgan Creque and Kezia Gumbs.

The majority of players are under 19 years old.

Each of the teams participating will be affiliated to a member club of the BVIFA and must include a qualified coach. Ideally, they will play in the same colours as the parent club and all players will be registered with the BVIFA.

Initially the games will be five-a-side and take place to coincide with men’s games on Tortola and Virgin Gorda.

Four teams have already completed the registration process, including the Wolues, Avengers, Panthers and VG Utd. The other Clubs are putting together rosters and any females still not signed are encouraged to seek out a club or contact the BVIFA office.

October 1, 2021
December 16, 2020
November 25, 2020
November 25, 2020
September 8, 2020
July 31, 2020
We use cookies on our website to give you the most relevant experience by remembering your preferences and repeat visits. By clicking “Accept All”, you consent to the use of ALL the cookies. However, you may visit "Cookie Settings" to provide a controlled consent.
Cookie SettingsAccept All
Manage consent