A new electronic work permit system has arrived just as the Covid-19 pandemic has led to  more and more business being conducted remotely. Premier Andrew Fahie, during a virtual rollout …

END_OF_DOCUMENT_TOKEN_TO_BE_REPLACED 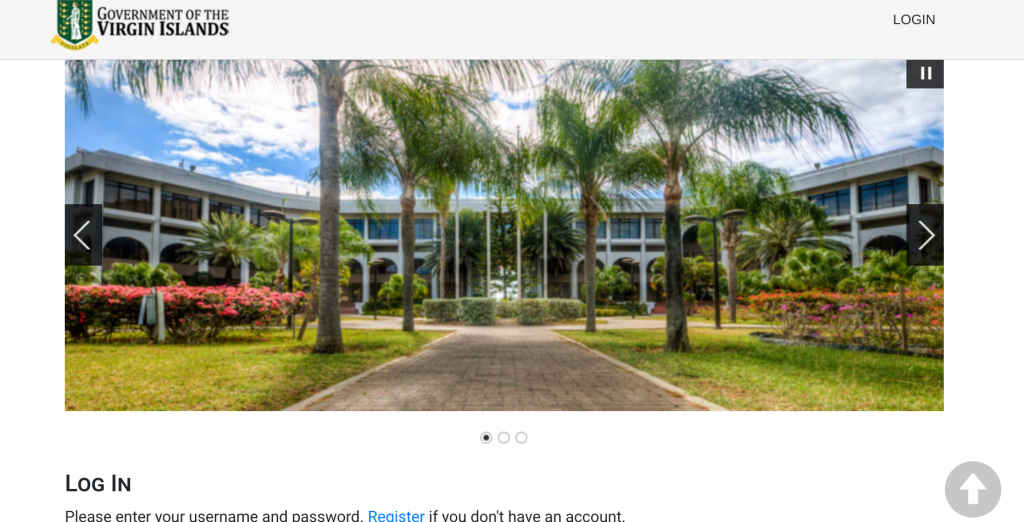 A virtual ceremony on Monday marked the official launch and demonstration of the new electronic work permit system. (SCREENSHOT: GIS)

A new electronic work permit system has arrived just as the Covid-19 pandemic has led to  more and more business being conducted remotely.

Premier Andrew Fahie, during a virtual rollout ceremony on Monday, said the system — first tested in early 2019 — had arrived at “a crucial time.”

“Through investment in the technological infrastructure and the required legislation to enable it, public services in many areas, not just work permits, are able to continue to work remotely, efficiently serving the public’s need whilst bringing down the risks caused by the pandemic,” he said.

Employers and employees  will be able to track the progress of applications on the new platform, which will also notify users
they are missing any supporting documentation needed to move
their application forward. Employers can also now access a 28-
page user manual instructing them how to create an account, log in and submit documents.

Members of the business community, the media and others
long called for a streamlining of the work permit process.
The most recent efforts toward that goal stem back to 2015, when the consultant McKinsey & Company recommended various common-sense measures to improve labour and immigration processes.

Subsequently, government haltingly began rolling out some changes, promising after a steep fee hike that by the start of 2017 work permit renewals would be  fully processed within two weeks, new work permits within a month. However, the benchmarks were never consistently met.

And after Hurricane Irma hit later that year, wait times were greatly exacerbated at both departments.

In 2018, officials announced with no public discussion that workers earning $100,000 or more per year would get work permits within 12 days and workpermit renewals within five, though the initiative didn’t include other workers. The announcement that online software was being tested — set to benefit all employees — came in 2019.

Mr. Fahie said the benefits of the system are threefold. First, it will keep an accurate  electronic record of information and transactions and allow for ease of sharing between government offices, boosting recordkeeping and transparency and providing continuity in the case of natural disasters, he explained.

Second, he added, it will help “automate processes, cut inefficiencies and better serve the public, granting access to the services they need faster and more professionally.”

Third, it will help the VI maintain its standing as an attractive place in which to do business, according to the premier.

“Many countries already use online portals like this,” he said. “People now expect the ease of conducting processes online and it will help us to continue our growth as an important international business and financial centre.”

Natural Resources, Labour and Immigration Minister Vincent Wheatley said that although the rollout may hit snags, he hoped the era of work-permit holders queuing for hours and losing productivity would come to an end.

“We want companies to focus their energies on doing and growing their businesses, not having employees and managers standing in lines,” Mr. Wheatley said.

The premier added that sister islands businesses and residents in particular will save precious time.

“It is encouraging to know that persons can stay on Jost Van Dyke, Anegada, Virgin Gorda, anywhere in the British Virgin Islands, including Tortola, and also anywhere in the world, and stay at your businesses, and now do business with government,” he said.

“Also, the consumer protection legislation is also being Gazetted to bring it into force as we speak,” he said.

“I’ll be working with a digital system in the back office to prepare and complete our applications, ensuring business continuity to the
public during office closures,” he said. “There will be no more manual work and physical files taking up precious office space.”

Officials acknowledged that the rollout ahead may not go perfectly smoothly, but they committed to fixing any problems that may arise.

“No doubt, there will be bugs but as we meet them. We shall fix them,” Mr. Wheatley said. “We are going on a journey and we are not
turning back. We must modernise all our services.”

Deputy Governor David Archer called the launch “just the beginning” of his mission to modernise and transform the public sector.

“We will replicate this throughout the entire public service,” he said, “making it easier for the public to do business.