Work is under way on a new dock at Red Bay after more than a decade of delays, officials said this week. Speaking in front of a small crowd inside …

END_OF_DOCUMENT_TOKEN_TO_BE_REPLACED 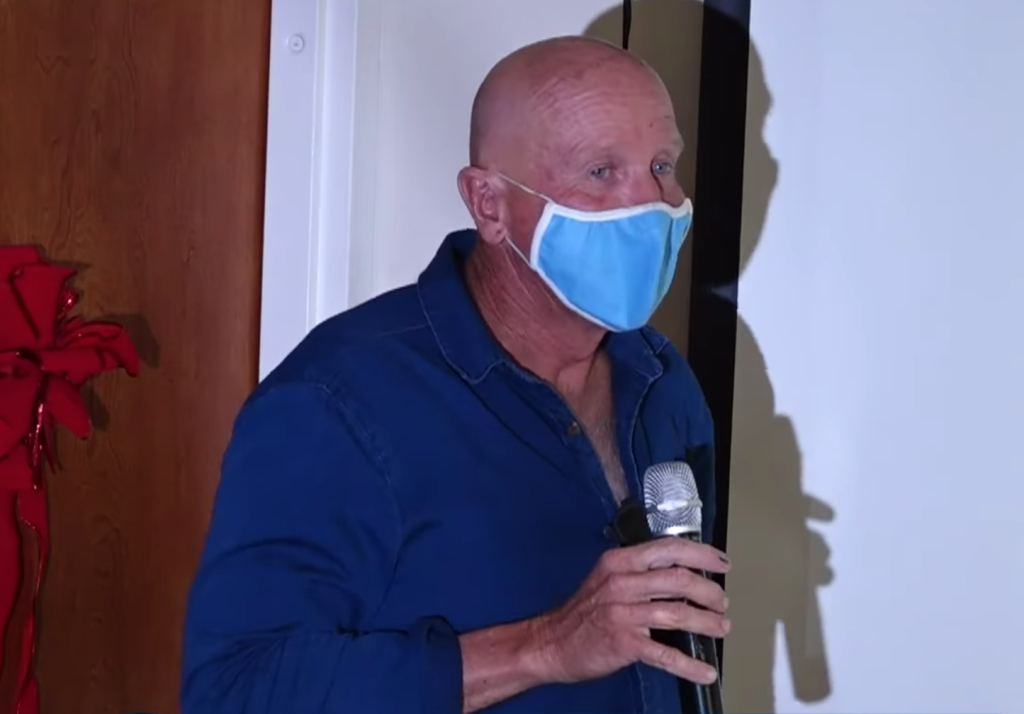 Work is under way on a new dock at Red Bay after more than a decade of delays, officials said this week.

Speaking in front of a small crowd inside a classroom on April 27 at Willard Wheatley Primary School, officials including acting Premier Dr. Natalio “Sowande” Wheatley and Opposition Leader Marlon Penn spoke of Red Bay’s legacy as a gathering point where neighbours would learn to swim and look for work on the sister islands, adding that the long-delayed project would help restore the cultural and commercial eminence of the downtrodden waterfront.

We “cannot wait [and keep] kicking the same can down the road,” said Deputy Speaker Neville “Sheep” Smith.

The dock — which officials hope will be finished by December — will be 150 feet long and about three-and-a-half feet above the water, according to contractor Laurens Blok, who said he hopes this height will make it easy for fishers to unload their catch.

He added that it will include two seven-foot-wide fingers.

While residents were broadly supportive of the project, some expressed concerns that the community had not been adequately consulted, that it would make fishing difficult for people using private docks, and that security guards would need to be hired, among others.

In a Tuesday email, acting Permanent Secretary in the Ministry of Natural Resources, Labour and Immigration Joseph Smith-Abbott wrote, “The project formally began on Thursday last week with the arrival of the rig.” He added, “Implementation has begun.”

After Mr. Blok quickly described the scope of the project on April 27, Red Bay resident Logan Davis said that he has no problem with the new dock, but he wondered if it will hinder his fishing business, noting that three docks already exist in the area.

“I have a problem if it [eliminates] me,” Mr. Davis said.

Dr. Wheatley assured Mr. Davis there would be enough space for the new dock and his private dock, though he encouraged Mr. Davis to “hammer out” the technical specifics with ministry and project officials.

Following up on Mr. Davis’ question, another attendee asked if it would be possible to build another dock once this one is built.

Mr. Blok said that while it would be possible, anyone who wants to build in the area should start planning as soon as possible.

“There is room, but it needs to be carefully designed,” Mr. Blok said, adding, “The ideal time is to plan it now, however. We’re going to start driving piles tomorrow.”

Later in the meeting, Sam Davis, who used to work in the then-Conservation and Fisheries Department, spoke about the cultural importance of the Red Bay waterfront for the wider East End community, and encouraged residents to rally behind the project.

“Let’s come together,” he said.

Others were less sanguine, including one attendee who said that the new dock would make the waterfront too cramped and claimed the government did not incorporate enough local knowledge into its plans.

In response Mr. Blok said that the “purpose of meetings like this are so that bugs can be worked out that should have been worked out years ago.”

Dr. Wheatley, for his part, acknowledged that successive governments have made mistakes in previous attempts to execute the project, “but it is important we find ways to more forward together positively.”

Plans to repair the dock date back to at least 2011. That year, then-Premier Ralph O’Neal announced at a Virgin Islands Party campaign rally weeks before the November election that the dock works would occur.

In a subsequent 2011 interview, then-Financial Secretary Neil Smith said that $1.2 million in contracts relating to the project had been inked on Mr. O’Neal’s last day in office.

The next government in power also failed to complete the project.

At a public meeting at the East End/Long Look Community Centre in February 2013, then-Deputy Premier Dr. Kedrick Pickering told residents that work would get under way soon.

“We have started the environmental assessment, and we are awaiting the coastal engineers to come along to do some more studies, and when that process is completed we will then embark on the dredging that is necessary,” Dr. Pickering said at the time.