With five people dead and more than 1,200 infected, the Virgin Islands is in the midst of its worst Covid-19 outbreak by far, and the crisis is unlikely to abate …

END_OF_DOCUMENT_TOKEN_TO_BE_REPLACED 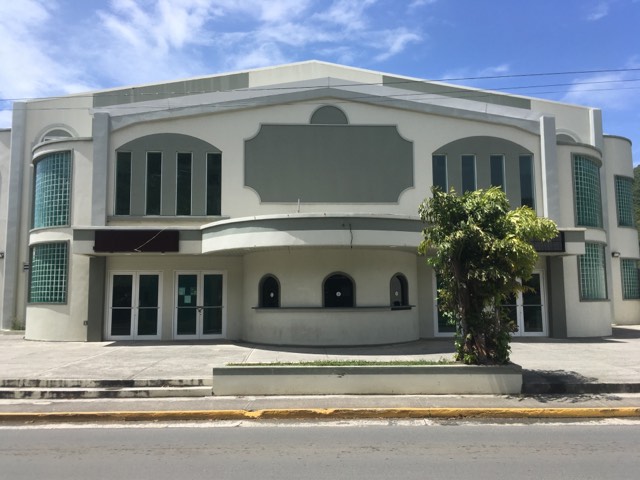 As the death toll rises and hospital beds fill up during the worst outbreak of Covid-19 in the Virgin Islands, the BVI Health Services Authority is setting up a field hospital in the Multi Sports Complex for overflow patients. (Photo: JOEY WALDINGER)

With five people dead and more than 1,200 infected, the Virgin Islands is in the midst of its worst Covid-19 outbreak by far, and the crisis is unlikely to abate any time soon even if the newly imposed restrictions and revised testing strategy are effective in slowing the spread, according to BVI Health Services Authority CEO Dr. Ronald Georges.

Health officials said last Thursday that cases had been doubling every two days, and the territory had entered a state of advanced community spread made all the more dangerous by the large unvaccinated portion of the population.

Dr. Georges warned that anyone is susceptible to the virus, and he said that limiting person-to-person contact is the only way to get the outbreak under control.

“Every death is difficult, as we are a small, close community, but we must all continue to play our part to stop transmission,” Dr. Georges stated in a Tuesday press release issued by the Ministry of Health and Social and Development.

Dr. Georges said last Thursday that officials suspect the Delta variant of Covid-19 is driving the surge of cases, but government has not yet announced if samples sent abroad for testing have confirmed that the strain is here.

In the United States, the Delta variant is responsible for a resurgence in cases and hospitalisations in communities with low rates of vaccination, while communities that have been more effective in administering the vaccine have remained largely unscathed by the more contagious strain, The New YorkTimes reported on Tuesday.

Dr. Robert Kim-Farley, a medical epidemiologist and infectious-diseases expert at the University of California Los Angeles, spoke similarly in a Tuesday report in the Los Angeles Times.

“In prior times, when we saw surges occurring, everyone had to be very concerned. … However, in the current situation, it is really those who are unvaccinated that should be highly concerned,” he said, adding, “Bottom line: There is no safe haven against Covid-19 if you are unvaccinated. … Thevirus will find you.”

To ensure that residents limit their exposure, Cabinet last Thursday approved the strictest lockdown measures in months, imposing a curfew from 7 p.m. to 5 a.m. for two weeks.

Anyone found in breach of the curfew could face a $10,000 fine, Health and Social Development Minister Carvin Malone warned during a Facebook broadcast last Thursday.

The most recent Public Health Order, which was Gazetted on Friday, also ordered all gyms, barbershops, hair salons, bars, clubs, waxing studios, spas and massage parlours to close for a two-week period.

Restaurants are allowed to remain open for take-out only,according to the order.

Businesses that do remain open are expected to adhere to strict safety regulations, including screening employees daily and sending home anyone who presents symptoms of Covid-19, Dr. Georges stated on Monday.

The threat of transmission in the VI is so high that officials are now discouraging mass testing. Instead, they are advising anyone who thinks they are infected to assume they are and to act accordingly by isolating and following all health and safety measures.

Employees sent home from the workplace for being symptomatic should isolate at home and record their symptoms in the government’s online symptom tracker rather than book a testing appointment, Dr. Georges stated on Monday.

They should only call 911 or the Covid-19 hotline if they fall extremely ill or are experiencing severe dehydration, he added.

The territory had recorded 1,286 active cases and six deaths as of Tuesday— including a 48-year-old man who had worked at BVI Cable TV for 17 years and a 45-year-old woman with pre-existing conditions on a ventilator in the Intensive Care Unit who died earlier that day.

All but one were unvaccinated, according to the ministry.

A field hospital is also being erected at the Multi-purpose Sports Complex to prepare for a potential overflow of Covid-19 patients.

As Dr. Georges and other health officials have been trying to do since the vaccine first became available to VI residents, they underscored last Thursday the vaccine’s importance.

Being vaccinated doesn’t completely eliminate the risk of catching the disease, but it does reduce it tremendously, as it does the risk of becoming severely ill from the virus or passing it to another person, Dr. Georges said.

“The evidence currently-suggests that … from the last six months or so, 99 percent of Covid deaths have happened in unvaccinated persons,” he explained.

Yet the government will most likely fail to accomplish its goal of fully vaccinating 17,000 residents before the current stock of doses expires on July 31.

Dr. Georges said on Tuesday that 13,999 first doses and 10,113 second doses have been administered, although an additional shipment of 3,040 doses from the United Kingdom is expected on July 19.

Vaccinated travellers to the territory will face changed testing rules as well.

Previously, fully vaccinated people had been allowed to enter the territory without quarantine and were required to take a PCR test within five days of their arrival, Premier Andrew Fahie announced on June 15.