The Charter Yacht Society’s annual Fall Charter Yacht Show, which concluded on Friday, showcased how the territory’s marine sector is emerging from the Covid-19 storm with guests eager to sail …

END_OF_DOCUMENT_TOKEN_TO_BE_REPLACED 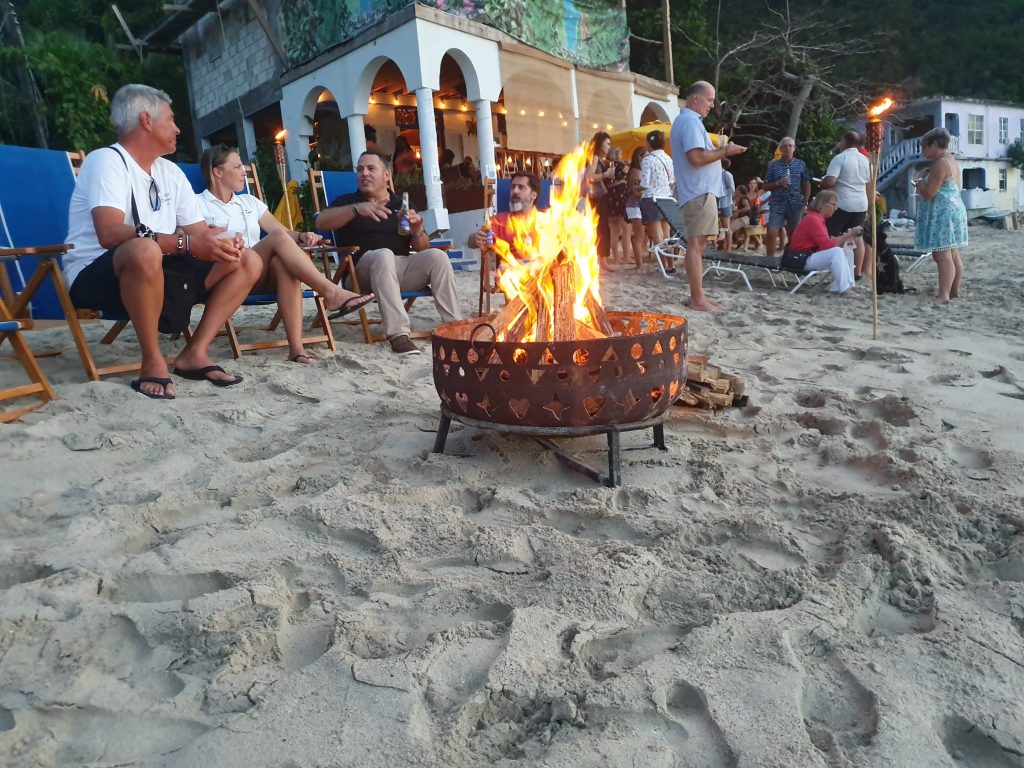 The Charter Yacht Society’s annual Fall Charter Yacht Show, which concluded on Friday, showcased how the territory’s marine sector is emerging from the Covid-19 storm with guests eager to sail and local businesses reopen- ing to tourism.

“This year a lot of our clients are wanting to travel to the British Virgin Islands,” Charter Yacht Brokers Association President June Montagne told the Beacon on Tuesday.

Ms. Montagne was one of more than two dozen brokers who attended the show in Nanny Cay. She said that following new protocols in place due to the pandemic was helpful for her as a broker.

“It was imperative for us to experience the procedure of flying in, getting tested, and experiencing the protocols of getting into the [VI],” she said.

Also during the three-day event, brokers were given a first-hand look at some of the recently reopened resorts, like Saba Rock and Oil Nut Bay.

Altogether, 18 boats participated in the semi-virtual show — still a low number for an event that routinely drew more than three times that many before the pandemic and Hurricane Irma.

But organiser Janet Oliver said the low turnout largely rested on boats being out on the water during a busy charter season compared to last year.

United Kingdom-based broker Sasha King said the smaller show allowed for a relaxed atmosphere and more networking. “Everything is happening in an environment that allows people to take it in at their own pace,” she said.

Starting Nov. 3, brokers, boats and crew gathered at Nanny Cay marina, where ten boats took up a dock and eight others participated virtually. Yacht showings began that day, as crewmembers showed brokers around the boats.

“We were able to spend a lot of good quality time on board with the chefs and the crew,” Ms. Montagne said.
During a vendors’ night, more than 24 local businesses showcased their goods and services.

The next day, the event included virtual elements as well as in-person experiences on Virgin Gorda, Saba Rock and Tortola.

Twenty-two brokers were able to participate in tailored excursions to the islands over the course of two days.

They went from Nanny Cay to North Sound and over to Saba Rock, which recently reopened to the public after remaining shuttered since Hurricane Irma in 2017.

They were then able to tour Oil Nut Bay and drive around Virgin Gorda.

Ms. King, who attended her first yacht show in 2017, said she was pleased to see how the territory has changed over the years.

“The infrastructure has changed. The whole scenery of the island looks a lot more fresh and tidy,” she said. “Every time I arrive, it’s very obviously better in that respect.”

Later that day, show participants were able to enjoy cocktails and canapes at Indigo House in Cane Garden Bay. A bonfire was set up on the beach behind the restaurant and bar, while a tour of the Callwood Rum Distillery was also on offer.

Such local experiences are what many brokers hope to emphasise to charter yacht guests, they said.

“The [VI] show attracts the kind of brokers that are more independent rather than huge brokerages,” Ms. King said. “These people tend to be more interested in the local experiences.”

The final day of the show included another tour of North Sound for a second group of brokers, yacht viewings, and an award presentation by the CYS and the Charter Yacht Brokers Association.

After the VI show, both Mses. King and Montagne at- tended the United States VI Charter Yacht Show, which took place earlier this week. Ms. King returned to this territory yesterday to continue exploring the islands.