As the Youth Empowerment Project celebrated its 14th anniversary on Friday, the focus was on its partnerships with other organisations. “The stronger we are together, the more investment we can …

END_OF_DOCUMENT_TOKEN_TO_BE_REPLACED 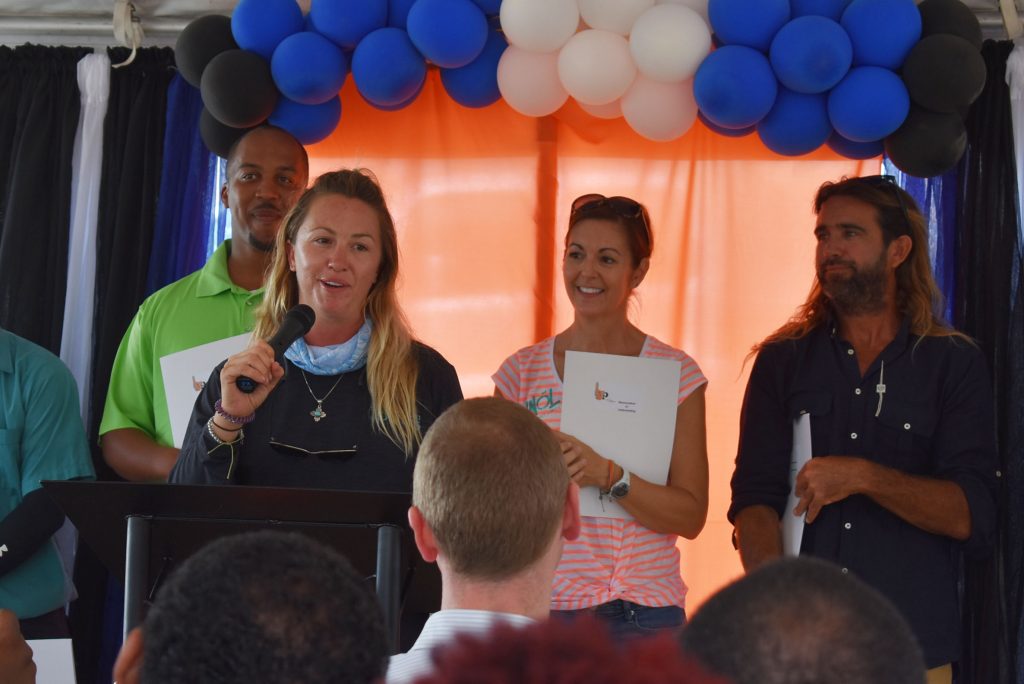 As the Youth Empowerment Project celebrated its 14th anniversary on Friday, the focus was on its partnerships with other organisations.

“The stronger we are together, the more investment we can make in our youth and the more we can expect from them as adults,” said YEP Executive Director Stacy Mather.

During the celebration, which was held in the front of the YEP building in Fat Hogs Bay, 13 memorandums of understanding were presented to partner agencies.

“These are to simply work together for the next 12 months,” Mr. Mather said.

Leaders and members from each of the 12 agencies were present at the celebration, standing behind Mr. Mather as he called them up.

The anniversary was just as much about the organisations that support YEP as it was about its conception and the steps it took to get to where it is today.

“I have been intimately involved, at least in the conception,” said Deputy Premier Dr. Natalio “Sowande” Wheatley, the minister of education, culture, youth affairs, fisheries and agriculture. “Look at what it has become 14 years later. … It’s greater than I could have ever imagined.”

Mr. Wheatley recalled working with his cousin to put together a proposal that would serve at-risk youths and keep them off the streets and out of gangs. This model, he said, led to the establishment of YEP.

Founder and sponsor Dr. Henry Jarecki also spoke at the event, explaining that the programme has served 3,500 students over the years. He lamented the fact that the programme was at one point the subject of debate between political parties.

“This is not a political thing,” he said. “This is a community thing.”

Dr. Jarecki acknowledged Mr. Mather’s effort throughout the years, and commended him for being one of the many adults who serve as “role models that [children] don’t have to be afraid of.”

Mr. Mather received a standing ovation from attendees, and Dr. Wheatley said that YEP has “done a better job than the government could be- cause of all the partnerships.”

Dr. Wheatley promised a $200,000 grant, and to expand YEP facilities by adding more locations. He also announced that YEP found a property in Virgin Gorda that looks promising, and said the current building in Fat Hogs Bay eventually will be moved closer to Road Town.

The Youth Empowerment Project signed memorandums of understanding with the following partners on Friday: