Jeremy Tuckett fought back tears as he stood with a trophy in hand, awaiting two more that were awarded to him for his exceptional performance in police training. “I wanted …

END_OF_DOCUMENT_TOKEN_TO_BE_REPLACED 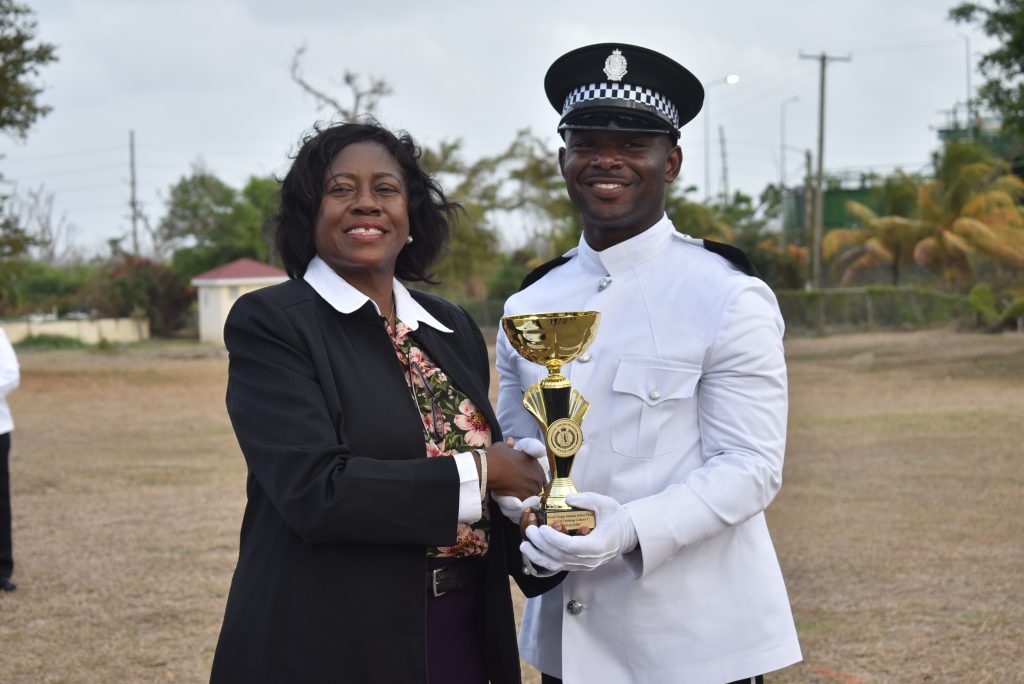 Jeremy Tuckett fought back tears as he stood with a trophy in hand, awaiting two more that were awarded to him for his exceptional performance in police training.

“I wanted to cry,” he said after the police recruitment ceremony last Thursday where he and 19 other officers were sworn in to service. “I feel like God put me here, to be honest.”

Altogether, he won eight awards out of the 15 presented during the ceremony. Mr. Tuckett turned 19 this month and is the youngest recruit in the Royal Virgin Islands Police Force. His primary inspiration for joining the force and doing well in the academy was his baby, who was born in December.

“I wanted to be a part of a military organisation, but then I got a baby and I didn’t want to go away from my family,” he said.

Born and raised in the Virgin Islands, Mr. Tuckett went to school at Althea Scatliffe Primary before graduating from Elmore Stoutt High School. He met a police inspector during the graduation ceremony and took the entrance test the next day.

“Before joining here I tried to join other places but I couldn’t get through,” he said. “As soon as I sent my application here, I got a response.”

He explained that the ease of getting into the academy was a God-send. But surviving the training was not easy.

“Training was tough. I had times where I wanted to quit,” he said, adding, “They try to break you down and build you back up to where you’re supposed to be.”

Asked what got him through those tough times, he responded, “I think of my son.”

Most of all, Mr. Tuckett said, he feels humbled and grateful for his awards. He encouraged other young community members to join the force as well, calling police work a “good career.”

During the third cohort’s ceremony, the 20 graduates showed their skill in drills and were celebrated for their perseverance.

Governor Gus Jaspert noted that the class had a nearly as many women as men, with nine female recruits. He welcomed the officers into the force and described them as being on the “front line of the most important duty the territory has: to keep people safe.”