On New Year’s Eve, some worked, some prayed, some partied, and some simply enjoyed the comfort of their own homes. The Virgin Islands rang in the New Year in many …

END_OF_DOCUMENT_TOKEN_TO_BE_REPLACED 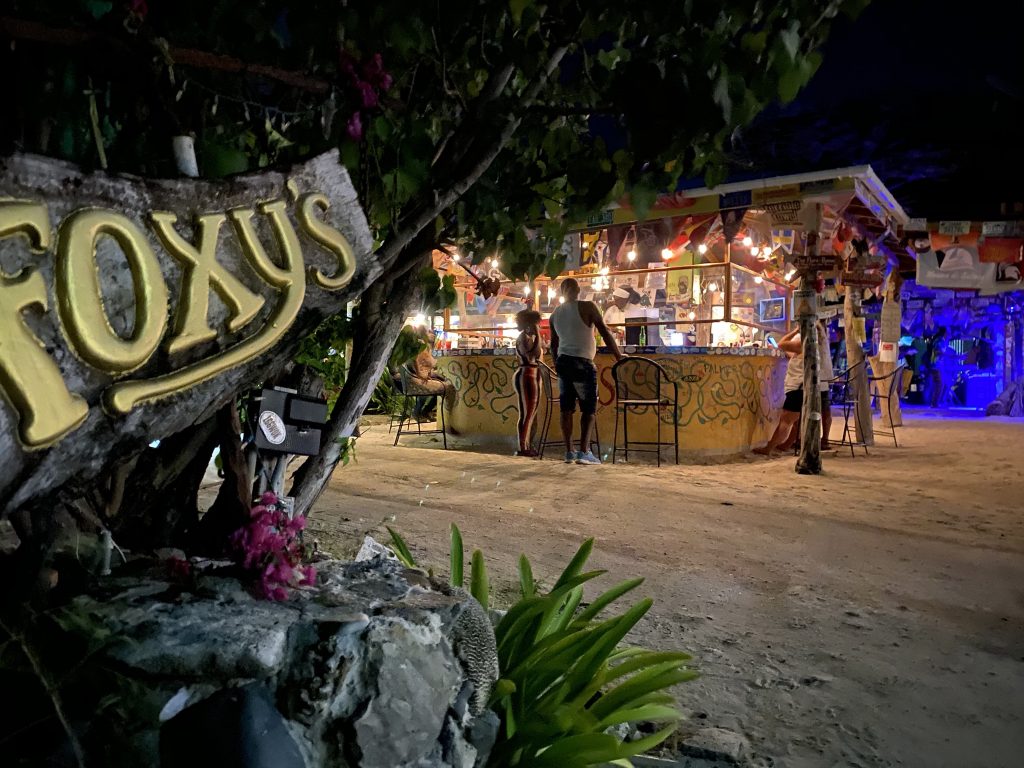 On New Year’s Eve, some worked, some prayed, some partied, and some simply enjoyed the comfort of their own homes. The Virgin Islands rang in the New Year in many different ways, but the consensus was clear: 2021 was welcomed.

“We had a small party,” said Tessa Callwood, co-owner of Foxy’s Tamarind Bar on Jost Van Dyke. “We just did our usual barbecue, and we just catered to the boats that were in the harbour and the people that were staying in the villas.”

She said the bar — which typically hosts the territory’s largest New Year’s Eve party, a world-famous event that draws thousands of people — had a small gathering that included a deejay and One Nation Band.

“You could say that it was a Covid party,” she added.

Other parties were held across the territory. Hundreds came to Trellis Bay, where restaurants hosted dinner parties and live performances.

At Loose Mongoose, Xtreme Band played for hours, leading the celebration of the New Year as people put on party favours like hats and glasses. The music continued for another hour and a half after that, until it was time to pack up.

Around 2 a.m., traffic leaving Beef Island was backed up as residents scrambled to return home for curfew.

With most of the usual parties dramatically downsized, many revelers said they spent the last night of 2020 hopping from one lightly buzzing venue to the next.

During the waning hours of the night, a crowd of roughly 30 milled about the Watering Hole in Road Town, congregating in the mostly outdoor space to share laughs and commiserations about a strange, often difficult year.

Like so many people across the world, one of the biggest hurdles that Nicole Toppin faced was the separation from family and friends during a time of crisis, she said.

Though the year was undoubtedly tough, it did teach Ms. Toppin some valuable lessons, including the importance of self-care, a healthy work-life balance, and spending time with loved ones, she said.

“I hope that this fiasco calms down and we find a way either to live with it or get rid of it, and just to go back to some sort of normality and being happy and seeing our loved ones,” Ms. Toppin said.

Dawn Nagar, another patron at the Watering Hole, said she found some unexpected positives about life during the pandemic, such as becoming more deeply involved in her children’s lives.

When their classes went online, she was forced to juggle her career with their education, a balance that she said was tiring but ultimately rewarding.

“As a mom, it just took the craziness to a new level, but I managed it and it was good being close to them. I felt more in tune with what they’re doing,” Ms. Nagar said.

The pandemic also prompted her to broaden her perspective and appreciate some of life’s simpler pleasures — a trend that, at least judging by her social media, seems to have caught on around the world, she said.

“We sat in our garden, we exercised: … I think it really builds the home life,” she said.

As midnight approached, Mses. Toppin and Nagar, along with many other patrons from bars around town, walked over to the Bamboushay Lounge, where the dance floor soon became crowded with smiling faces and swaying bodies as the year started anew.

Other residents celebrated at church.

“My message was on a turning point: finding courage to live in the days ahead due to all of the difficult times we had in 2020,” Bishop Ishmael Charles told the Beacon. “So there’s a projection that even though we might face difficulties, people need to live with hope and courage.”

Some socially distanced seating was provided, but most attendees stayed in their vehicles, the pastor explained.

The service began around 9:30 p.m. and lasted until 12:30 a.m. with singing, testimonies from believers who described positive experiences in 2020, some presentations like skits, and Mr. Charles’ New Year’s message.

“I think it was something to reflect on because of our present situation,” he said of the service. “People are looking for hope for a better 2021, so people came out with expectation. In essence, I think from the response of the people, the objectives were achieved, with people responding positively.”