The new Cabinet held an “Executive Briefing Retreat” at the Scrub Island Resort Spa and Marina on March 20 under the theme “Looking Ahead: The Cabinet’s Executive Mandate.” “This retreat …

END_OF_DOCUMENT_TOKEN_TO_BE_REPLACED 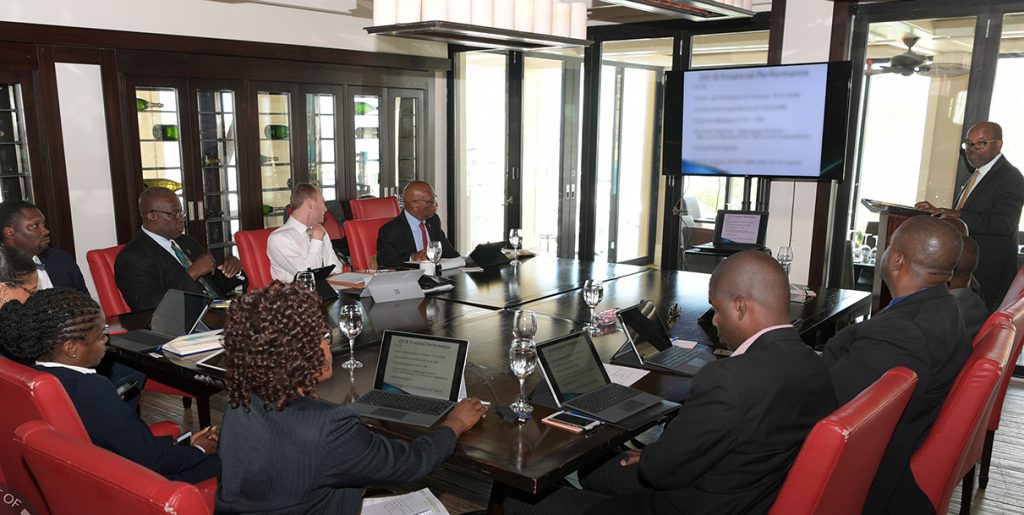 The new Cabinet held an “Executive Briefing Retreat” at the Scrub Island Resort Spa and Marina on March 20 under the theme “Looking Ahead: The Cabinet’s Executive Mandate.”

“This retreat was for the new ministers to be able to get a full outlay of what some of the government departments are doing, and also to get a status report of how the public sector reform is going,” and how the Recovery and Development Agency is functioning, Premier Andrew Fahie said in a press release audio clip.

In another audio clip, Governor Gus Jaspert explained, “For me, what we wanted to do today with the premier was to get all of the ministers, including the junior ministers, together; hear about all of the top issues in the territory — not every one, but the key things in the territory that the new government will have to grapple with; have a chance for everybody to get up to speed; and then to start formulating ideas for how we take the territory forward.”