Edris O’Neal, who was the wife of the territory’s first premier, died Sunday morning at her McNamara home after an illness, prompting an out-pouring of condolences and praise for her …

END_OF_DOCUMENT_TOKEN_TO_BE_REPLACED 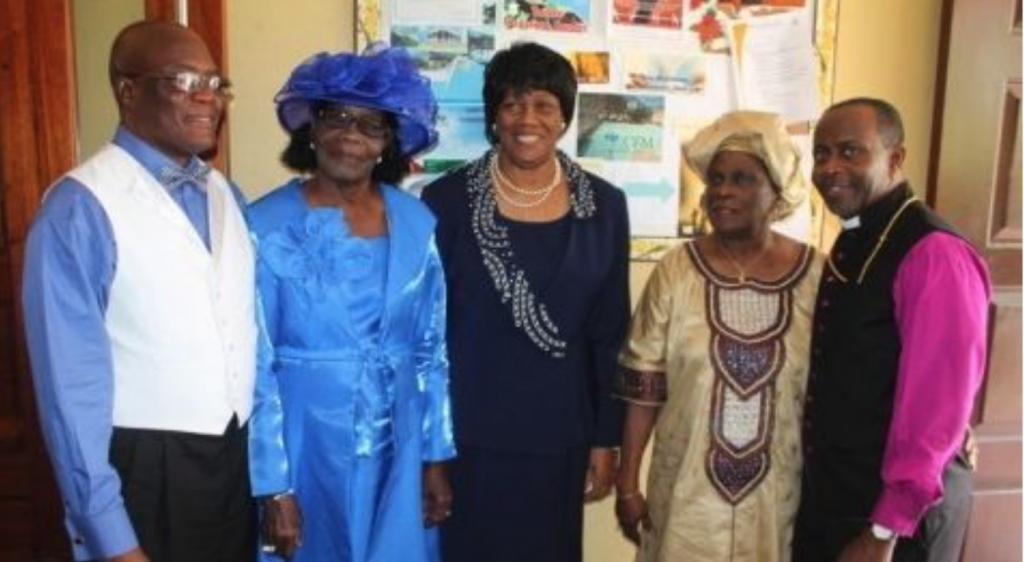 Edris O’Neal and three others after being honoured by New Life Baptist Church in 2015. Ms. O’Neal, the wife of the first Premier of the Virgin Islands and a community leader, died at her home Sunday morning. (Photo: FILE PHOTO)

Edris O’Neal, who was the wife of the territory’s first premier, died Sunday morning at her McNamara home after an illness, prompting an out-pouring of condolences and praise for her work in the community and religious organisations across the Virgin Islands.

“They really cared a lot about the territory,” BVI Red Cross Director Stacy Lloyd said of Ms. O’Neal and her husband Ralph, adding, “Their whole life was about serving.”

Ms. O’Neal, a Methodist reverend who served as director of the BVI Red Cross for more than two decades, was named a member of the Order of the British Empire for her philanthropic and community-service endeavours.

Deeply rooted in her faith, she was “a lady of class, who served her country with distinction in many areas,” Premier Andrew Fahie wrote on Facebook Sunday afternoon, adding, “service above self washer mantra while on earth.”

Even after she stepped down from her role as director of the BVI Red Cross, Ms. Lloyd said, Ms. O’Neal continued to advise the organisation’s staff, sending well wishes and providing guidance when needed.

She also received several local honours. In 2015 she was honoured with an “unsung heroes award” from the New Life Baptist Church for her role as a reverend of the Methodist Church and as the former BVIRC director.

After Ms. O’Neal’s death, her daughter Abigail posted a picture of her on Facebook that received an outpouring of condolences, with more than 290 people leaving comments.

“Sincere condolences to you, friends and family: Your mum was a wonderful lady who will be greatly missed by so many. Hugs from afar,” wrote one commentator.

Another added, “We are truly saddened by the passing of your mom. Our heartfelt sympathy to you and the other members of your family, and we pray that God would comfort and support you at this time.”

Ms. O’Neal’s husband, the first premier of the VI and the territory’s longest serving elected representative, died in November 2019.