Premier Andrew Fahie last week responded to the French blacklisting of the Virgin Islands, calling it a “misunderstanding” involving a delay in responding to French requests for tax information that …

END_OF_DOCUMENT_TOKEN_TO_BE_REPLACED 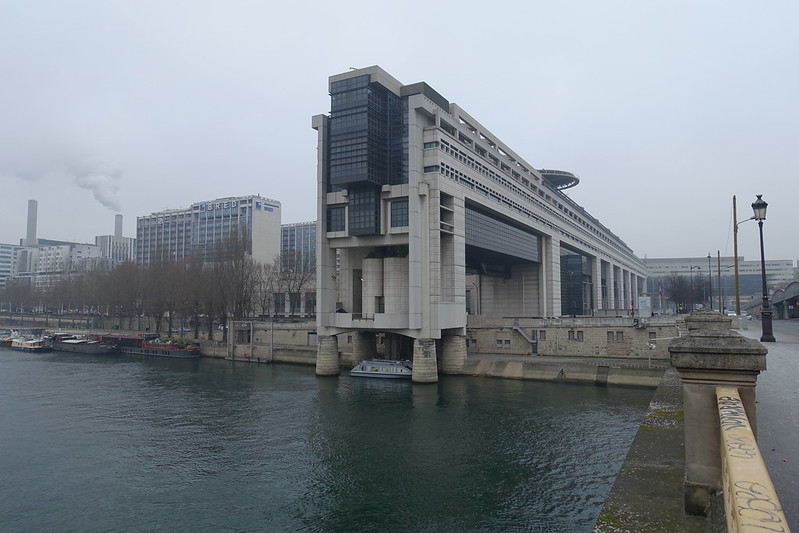 The French Ministry of Public Action and Accounts is located in the Ministry of the Economy and Finance building in Bercy, Paris. (Photo: GUILHELM VELLUT/CREATIVE COMMONS)

Premier Andrew Fahie last week responded to the French blacklisting of the Virgin Islands, calling it a “misunderstanding” involving a delay in responding to French requests for tax information that his government is working with French officials to resolve.

Last month, France added the VI to a blacklist along with the Seychelles, Anguilla and the Bahamas because they are “not cooperative enough in terms of financial transparency,” according to French Public Accounts Minister Gerald Darmanin, as reported by French newspaper Journal du Dimanche.

Mr. Fahie said the “good tax cooperation” between the VI and France has been overlooked in the French government’s decision to include the jurisdiction among its list of non-cooperative states and territories in tax matters.

“As our treaty partner, we continue to cooperate with France on an ongoing basis to meet our treaty obligations,” the premier said in a statement released last Thursday by Government Information Services. “For the duration of our relationship we have diligently followed the processes laid out in the BVI- France Tax Information Exchange Agreement and will continue to do so. Thus, it is unfortunate that we were included on the French list while working through French requests.”

The VI signed a TIEA with France in 2009, which created a formal regime for the direct exchange of information related to tax matters.

The TIEA included Article 12, a commitment to a mutual agreement procedure for the resolution of any concerns.

However, the GIS statement accused the French of contravening Article 12 in several respects, including by not informing the VI government about the blacklisting until the announcement on Dec. 1.

French competent authority had not responded to these communications in line with the TIEA process, “despite a letter from the French minister to the premier pledging its engagement and cooperation,” the statement alleged.

The GIS statement also quibbled with media reports saying the VI had left 230 requests for information unanswered, saying “the initial French requests” were received in May and June 2017, shortly before Hurricane Irma hit the territory. At that point, the VI wrote to all jurisdictions with which it had agreements, requesting their patience. Furthermore, the statement claimed, France “has not been able to offer a singular clear basis for the listing of the BVI. In fact, the BVI has now received three lists which all have differences, one which includes requests for information that date back to 2015.”

The premier said he was confident that all outstanding issues will be addressed within the terms of the TIEA and that France would remove the VI from the blacklist “in due course.”

France has been investigating some 500 offshore companies owned by French residents since information about them was revealed in the Panama Papers scandal in 2016, according to news reports.

However, the VI statement pointed out that the leaked information was linked to law firm Mossack Fonseca, which has been defunct since 2018.

“Liquidators appointed by the Eastern Caribbean Supreme Court in the High Court of Justice (Commercial Division) of the BVI continue to identify, protect and realise any remaining assets for the benefit of the creditors of Mossack Fonseca,” according to the statement. “As such, the competent authority wrote to all jurisdictions outlining this process and asked if they could wait until the conclusion of the liquidation process before receiving a response.”

Meanwhile, officials from the Bahamas and the Seychelles have denounced their inclusion on the blacklist and vowed to resolve the issues.

During a Senate sitting, Bahamas Attorney General Carl Bethel called the blacklisting a “surprise attack by the French.”