Making healthy life choices from a young age lowers the risk of eventually suffering from dementia. That’s one of the messages the Virgin Islands Alzheimer’s Association wanted to share with …

END_OF_DOCUMENT_TOKEN_TO_BE_REPLACED 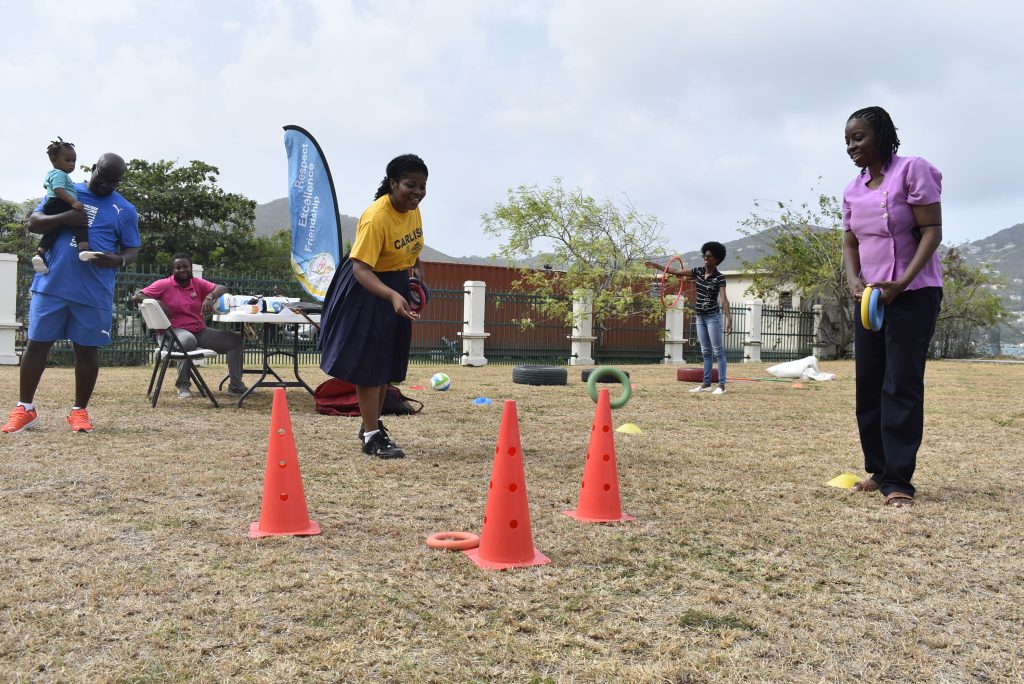 Making healthy life choices from a young age lowers the risk of eventually suffering from dementia.

That’s one of the messages the Virgin Islands Alzheimer’s Association wanted to share with residents during the Brain Health Fair on Friday at Queen Elizabeth II Park.

“We’re presenting what the modifiable risk factors are for dementia, and that’s what we want people to know: how to modify your risk,” said VIAA President Edna Williams. “Lower your diabetes count, lower your hypertension, be physically active, be social, have a good night’s sleep. We also have protective factors, those things you can do to protect yourself from brain damage.”

Dementia is a progressive disease of the brain, and various physical health problems increase the risk for it, Ms. Williams said, adding that more than half the VI population is affected by diabetes, hypertension or high cholesterol.

“That will eventually have a negative impact if it goes out of control and impacts the blood flow on the brain,” she said. “We want to teach people that there are things that they can do to maintain good health and to lower their risk for dementia.”

Some of the activities at the fair included physical games, brain games centred around language and memory, and a bouncy castle for children.

Informational booths were also set up through the park to connect attendees with sources for healthy foods and activities like yoga.

At the first booth toward the entrance of the park, BVI Athletics Association Vice President Ralston Henry facilitated several games.

“We’re keeping the mind stimulated with different games,” he said. “The more the brain is active, the more it helps to keep dementia away.”

Mr. Henry added that the VIAA believes in sports for life, and he encouraged people of all ages to continue to get physical exercise each day.

“The reason why we wanted to be present here today is because we wanted people to know that brain health is also a part of mental health,” she said. “People make the assumption that mental health only has to deal with abnormal psychiatric conditions, but that’s not always the cause. Taking care of your brain and taking care of your body is integral to living a good life and living well.”

Although many people think forgetfulness is a normal part of aging, it’s often a sign of a brain disease, she added.

“All of the things you can do to reduce the likelihood of dementia has to happen now, when you’re younger,” she said.

Like others at the booths set up around the park, she handed out brochures with information about topics such as mental health and aging, depression in older people, and services offered at Five Doctors.

One prevalent problem in the VI community is the stigma around brain diseases, Ms. Williams said, adding that residents are often hesitant to share that family members are suffering from dementia or Alzheimer’s.

Instead, she said, they should speak up.

“If they speak about it and they know about it, then there are numbers,” she said, adding, “We can get government to do something and get some kind of legislation or protection.”

June is Brain Health Month, and the VIAA hosts the fair annually around this time.