As the shot to begin the race rang out through the arena and runners took off, their classmates were running alongside the track cheering them on. “You can do it!” …

END_OF_DOCUMENT_TOKEN_TO_BE_REPLACED 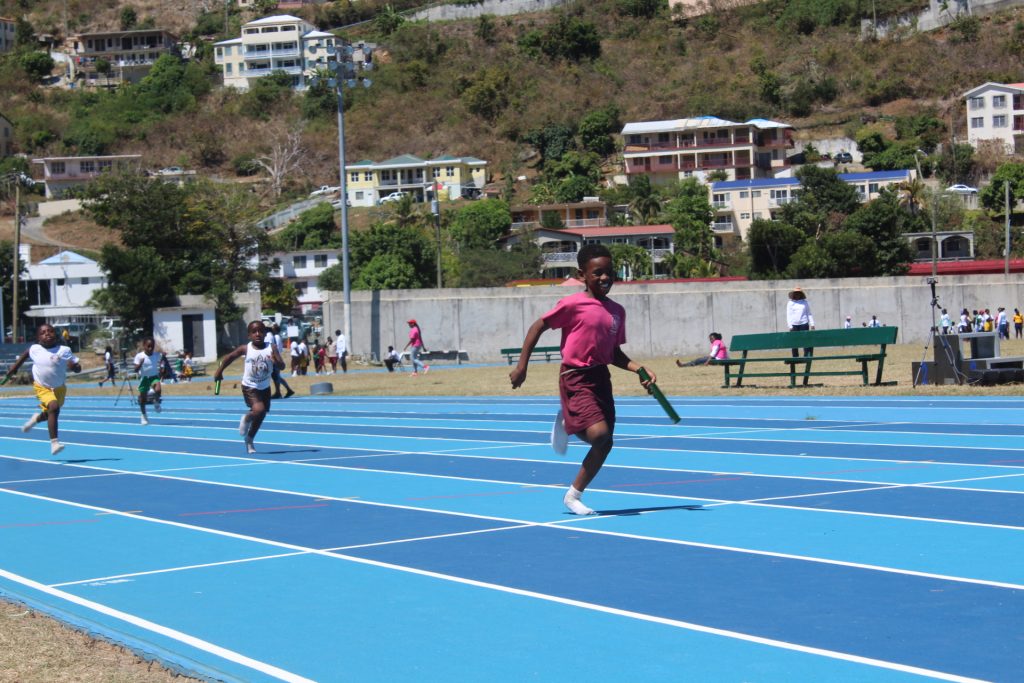 As the shot to begin the race rang out through the arena and runners took off, their classmates were running alongside the track cheering them on.

Hundreds of children and adults lined the bleachers and sidelines of the A.O. Shirley Recreation Grounds during the Division A Inter Primary School Competition last Thursday.

Umbrellas protecting onlookers filled the bleachers as vendors sold food and other items in surrounding areas.

“We have seen some keen competition from all the schools,” meet director Dean Greenaway said on Thursday afternoon. “This is something they look forward to each year.”

The display of sportsmanship, which was part of this year’s Education Week activities, was the first since Hurricane Irma, Mr. Greenaway explained, adding that many students had been eagerly awaiting this year’s competition.

“Excellence is inherent in us all,” he said. “We all have power and potential to change our prescribed futures.”

The theme of Education Week this year was “Be Disciplined. Achieve Excellence.” This was the main message in Dr. Wheatley’s speech, where he encouraged students to practise good habits of attending school regularly, reviewing notes, completing assignments and keeping up with teachers in each subject by reading ahead.

Dr. Wheatley also called upon teachers to be prepared each day with a full lesson plan to ensure the growth of students.

“Debates are an important part of the democratic process and we need much more in our society,” said Dr. Wheatley, who was in attendance. “We need to teach our young people skills such as critical thinking, information literacy skills, and how to deal with conflict. And based on what I see here today, we are on the right track.”

Education Week also included a teacher exchange among primary and secondary schools on March 12, and an open house at all public schools on Friday.